Men rescued from St. Vrain shoreline southwest of Lyons after getting stuck 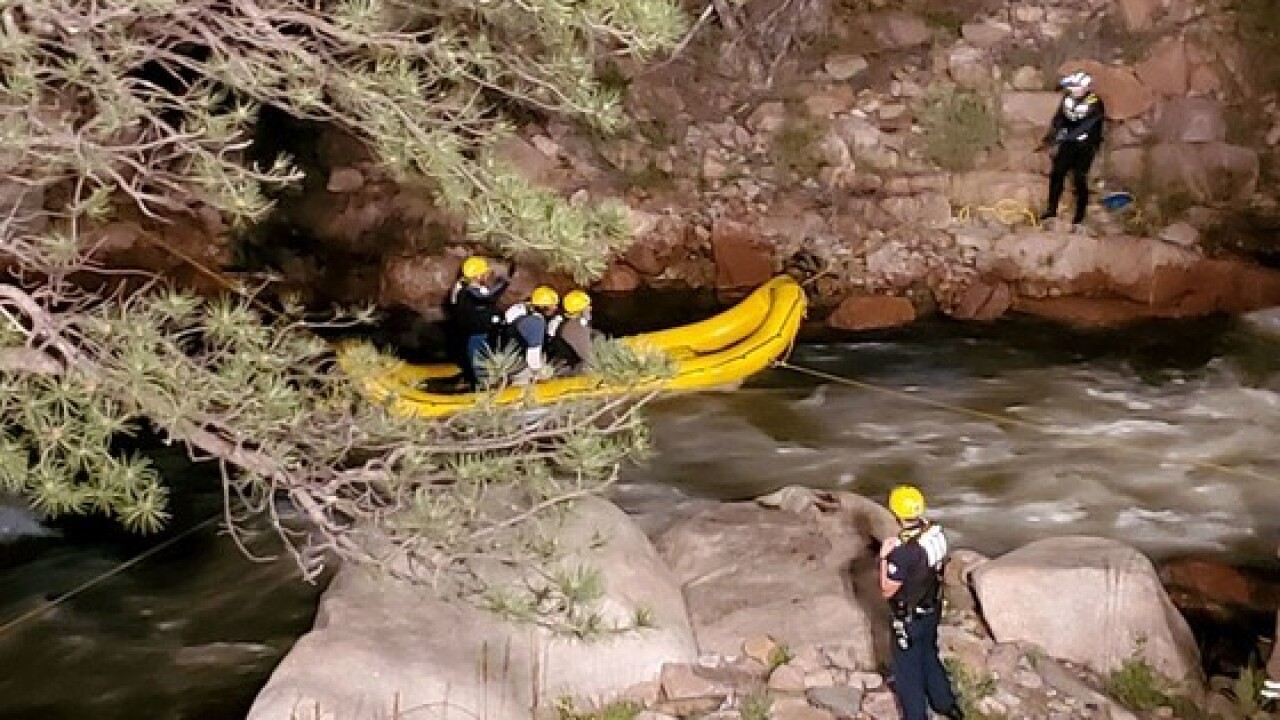 Boulder County Sheriff&#39;s Office
Two people needed to be rescued after they found themselves on the wrong side of the St. Vrain Creek near Lyons.

BOULDER COUNTY, Colo. — Two men were rescued Sunday evening along St. Vrain Creek after using a flashlight to signal to witnesses that they needed help.

On Sunday evening, the Boulder County Communications Center received two separate calls from people who had been flagged down by two hikers stranded on the south side of South St. Vrain Creek near the 27000 block of S. Saint Vrain Drive southwest of Lyons.

The two male hikers signaled for help around 8:30 p.m. using a flash light and long stick, according to the Boulder County Sheriff’s Office.

Rescue personnel from the Lyons Fire Department, Boulder Emergency Services and Boulder County Sheriff's Office responded to the area. After arriving, they planned a technical rescue using a high line and special raft. Both were needed due to the depth and swift current of the river.

Both men were safely brought back across the river. No injuries were reported.