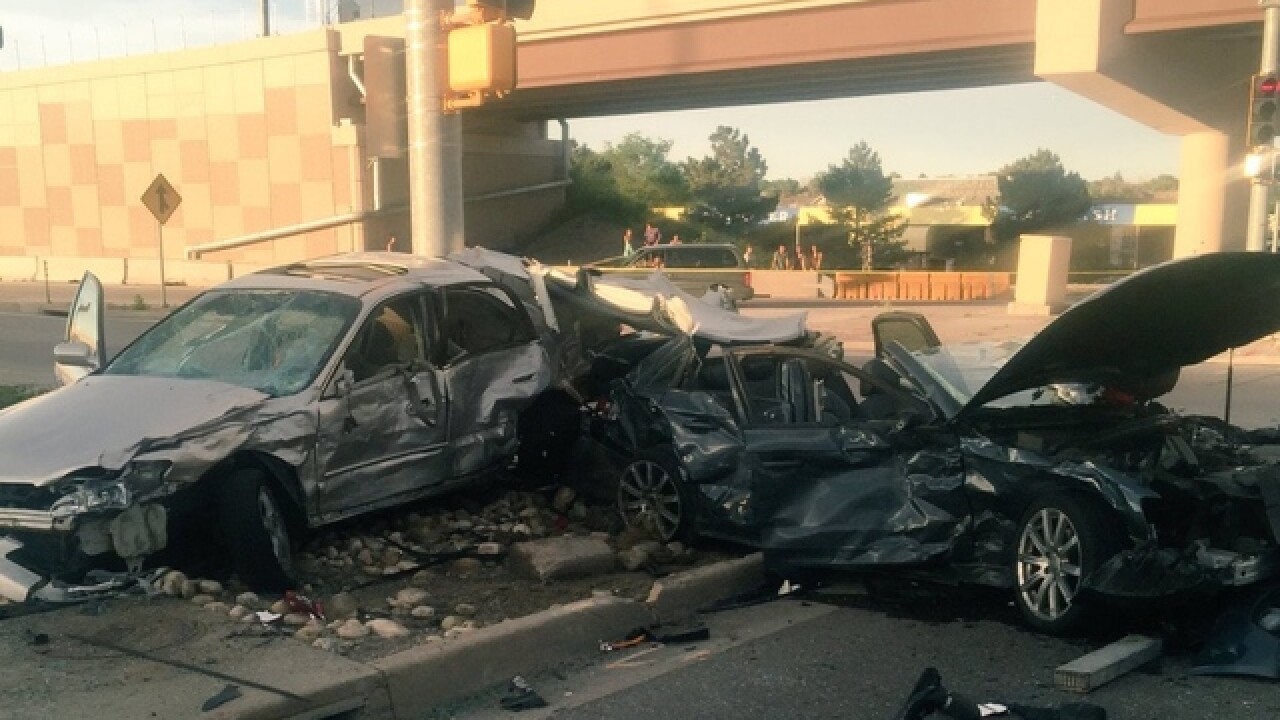 A medical issue may have led to a deadly crash in Aurora Friday evening.

Three cars were involved in the crash on the East 6th Avenue off-ramp from Interstate 225 at about 6:45 p.m., according to a statement released by the Aurora Police Department.

Investigators stated that a 25-year-old man was driving a black Audi sedan on northbound I-225. Witnesses told investigators the man was speeding and weaving across the roadway, police stated.

The driver took the East 6th Avenue exit at a "high rate of speed" and rear-ended at silver Honda CR-V at the bottom of the off-ramp, according to the statement.

The Audi continued into the intersection and broadsided a gold Honda Accord, forcing it into a light pole, police stated.

The 41-year-old man who was driving the Accord was rushed to the hospital but died a short time later, according to investigators. The man's name has not been released.

The 40-year-old woman who was driving the CR-V was also treated at a local hospital but did not have life-threatening injuries, police stated.

According to the statement from investigators, the driver of the Audi "may have suffered some kind of medical problem while driving."

However, investigators stated that charges are pending.