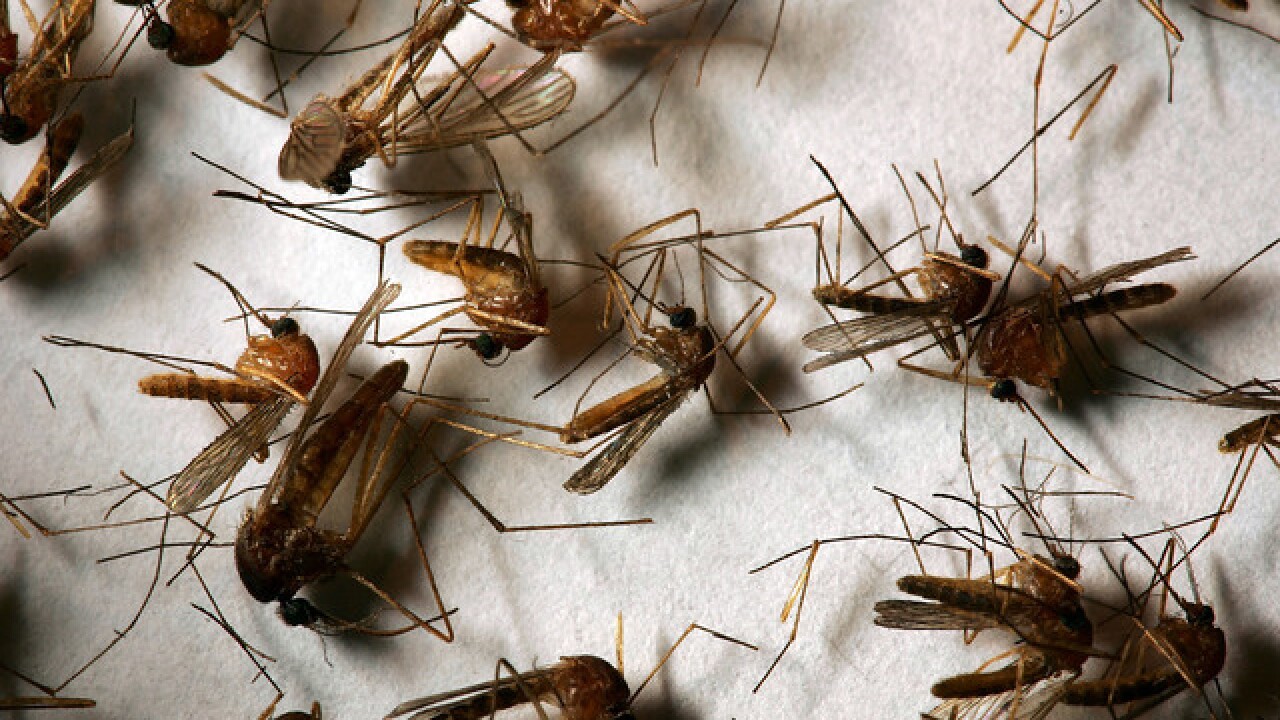 WELD COUNTY, Colo. — A Mead resident is in the hospital with the most serious form of West Nile Virus.

The resident became ill on July 27 and was hospitalized the following day, according to a release from Weld County. Test confirmed they had a neuroinvasive form of the West Nile Virus on Thursday.

This is the first human case of the virus in Colorado for the 2018 mosquito season.

Many municipalities have established mosquito control programs, but “the public needs to be vigilant, because this illness has a permanent summer presence in our state,” Wallace said.

This week, a mosquito pool in the Waneka Lake area tested positive for the virus. This pool is in addition to three others that were located last week in neighboring Boulder County communities.

West Nile Virus symptoms can appear three to 14 days after an infection. Initial symptoms can include fever, headache, nausea and vomiting, muscle aches and weakness and rash, but most infected people don’t show any symptoms. If a person develops symptoms, they should see a healthcare professional immediately. There are no medications to treat or vaccines to prevent West Nile Virus. Less than one percent of infected people develop a serious, sometimes fatal, neuroinvasive illness.

To prevent mosquito bites, drain standing water around your home, limit outdoor activity at dusk and dawn, use Deet (an effective ingredient in insect repellents), and dress in long sleeves and pants where mosquitos are active.

For more information about the preventing mosquito bites, visit: www.WeldGov.com.