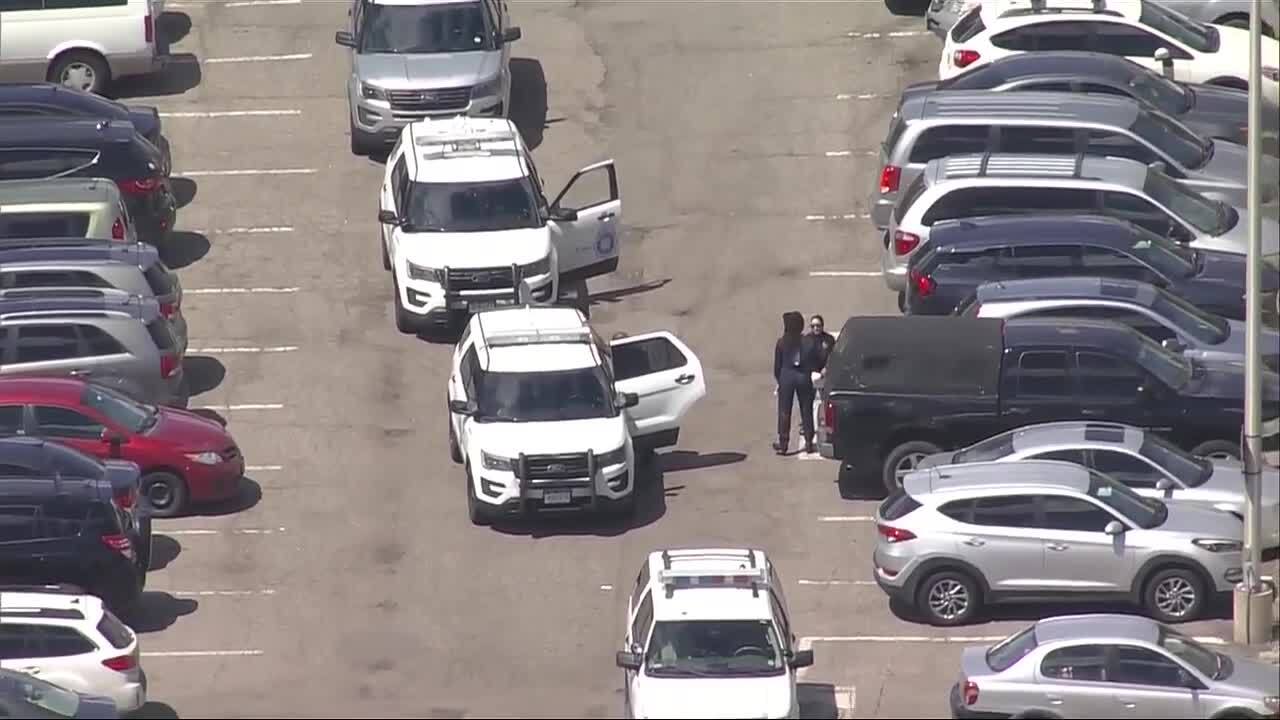 A student at McGlone Academy in Denver was placed into custody after the student was found with an airsoft gun, district officials told Denver7.

The weapon was reported around 1:30 p.m. Wednesday, prompting school officials to lock the doors on campus.

Police arrived at the Denver charter school, 500 Crown Boulevard, soon after and made contact with the student outside the school. Police said the student, who has not been identified, was arrested for investigation of felony menacing and threats to injure.

There are no reports of the gun being fired or any injuries. The school downgraded to lockout status after the threat was identified and later safely released students for the day.

Around the same time, Arapahoe Ridge High School in Boulder was placed on lockdown after a report of a weapon on campus.

The Boulder County Sheriff's Office dispatched deputies to investigate the report made through Safe2Tell, but found no threat after searching the building. Classes were dismissed shortly after.

These two security incidents come just a week after an 18-year-old Florida woman accused of making "credible threats" toward area schools forced the closure of most Denver-area districts Wednesday. Sol Pais was found dead the next day near the base of Mount Evans, west of Denver.