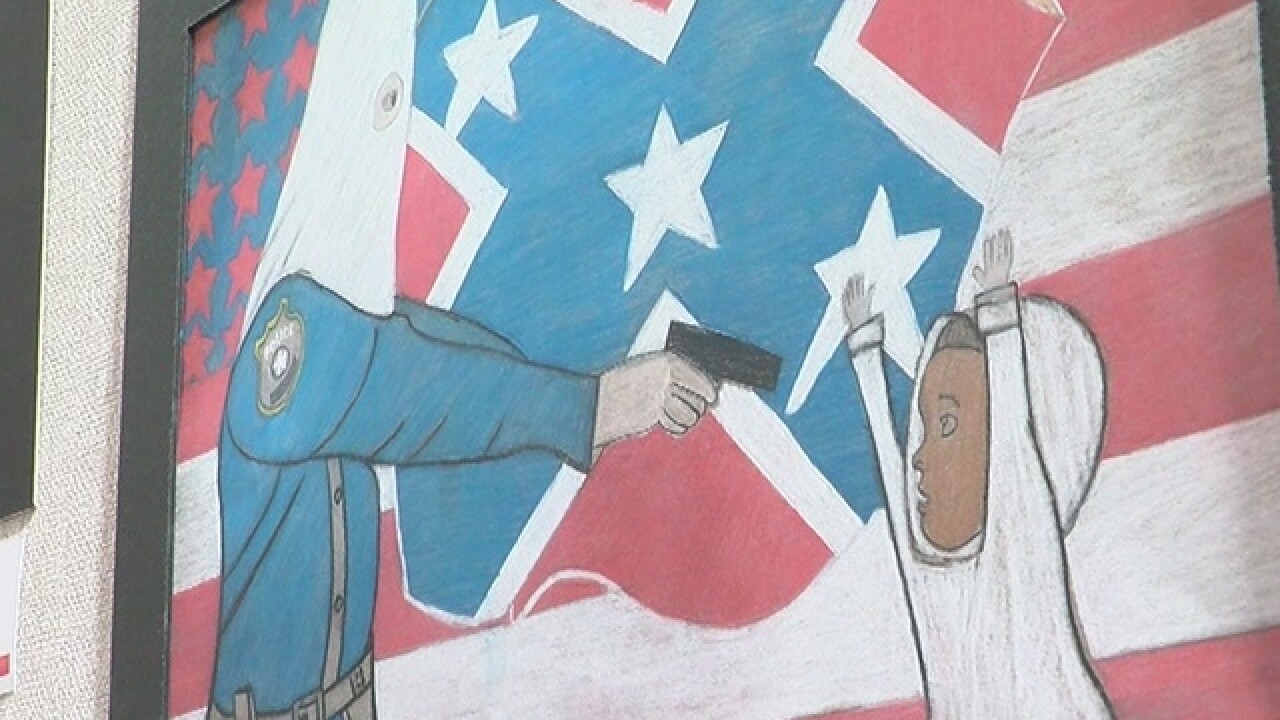 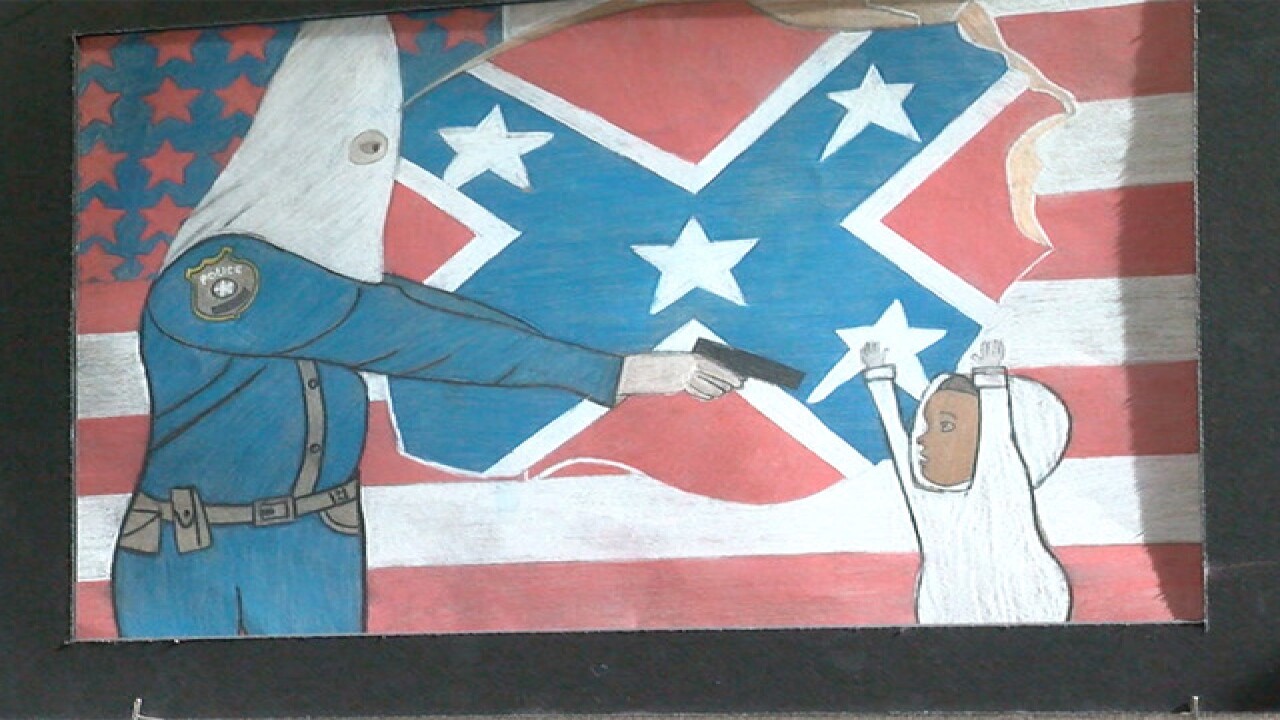 Three days after the president of the Denver Police Protective Association labeled a piece of art "a horrible stereotype" and questioned why it was being displayed in a public building, Denver’s mayor and Chief of Police had a two way dialogue with the tenth grader who created the controversial drawing.

Michelle Bustamante-Lopez drew a picture of a police officer wearing a KKK hood, pointing a gun at a small child of color.

Her picture was among many pieces of art, created by DPS students, on display at the Webb Municipal Office Building.

“We just had a conversation with a very mature, steady, competent, beautiful, articulate young lady, who taught us all something,” said Denver Mayor Michael Hancock, shortly after meeting with Bustamante-Lopez and her parents. “This is one of the more teachable moments that I’ve ever had as mayor of this city, not just for the student but for us as well.”

History shows us there was a time when the Klan ruled Colorado.

“She educated us that she lives in a city with a history and she wanted to allow it to come through in her art,” the Mayor said, “but she also said she has been profoundly impacted by the issues of today.”

Denver Police Chief Robert White said he was delighted to engage with the student.

When asked what he expressed to her, White replied, “I was greatly concerned about how it portrayed police officers. That was my primary purpose and primary issue.”

The chief said the tenth grader was very level-headed.

“She clearly valued what the men and women of the Denver Police Department do every day,” he said. “But she also acknowledged that there is a lot of work to be done.”

White said he wasn’t surprised to hear that.

When asked if DPS will now censor artwork that will be displayed in taxpayer-owned buildings, acting Superintendent Susana Cordova said, “it’s going to be important for us to be as thoughtful as possible around the impact of art in public buildings, balancing that with the opportunity for students to express themselves creatively.  What that means concretely in terms of next steps, I’m not sure. This is very fresh with us, so we’ll continue to work with the city on what the future might look like in that case.”

Mayor Hancock said, “We’ll assess what happened and whether we can do a better job.”

The mayor added that they’ve consulted artists and are learning from them.

“At the end of the day,” he said, “we don’t want to censor or douse the spirit of the artist, but we’ve got to realize this is a public venue and the employees -- we honor the employees every day. We want them to be honored by the art there.”

Hancock added, “Let the art do what it does, provoke a conversation, confront and be a dialogue. There’s a lot going on in our heads as to how we’ll deal with this, but this partnership (with DPS) will continue.”

The student, who asked that her art work be removed from the display, declined to talk to Denver7.

The principal at Kunsmiller Creative Arts Academy said he hopes the dispute doesn’t preclude other controversial pieces from being displayed at City Hall or at the Webb Building in the future.

“If we don’t (display the work) then we’re not doing our future justice,” said Peter Castillo. “As an educator and principal, I have to say every single aspect has to be tempered with that bigger sense of civic responsibility. It doesn’t mean it’s wrong. It doesn’t mean it’s not showable. It simply means it is part of what society believes and that, to me, is what the critical part of art is to begin with.”