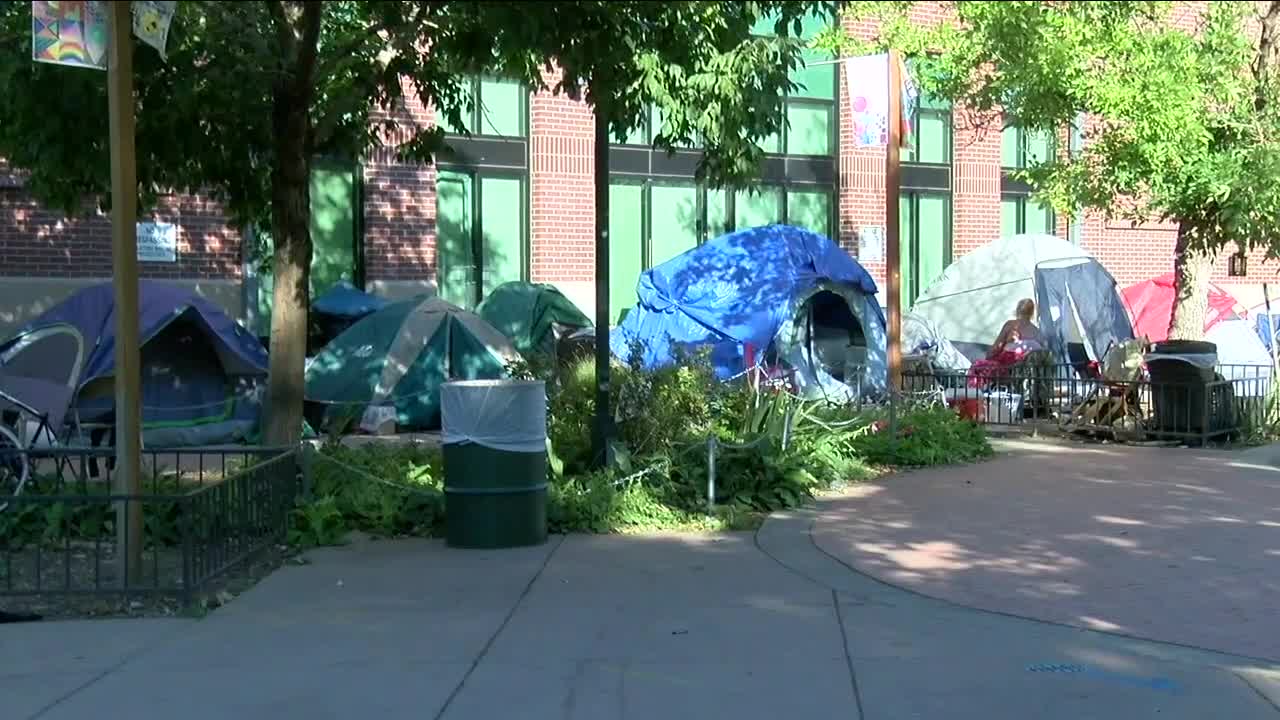 DENVER — In a quick turn of events, Mayor Hancock decided to take a proposed safe outdoor camping site for the homeless off the table.

The proposed site would have been in the Five Points neighborhood, near the Blair Caldwell Library, off of Welton and 24th Streets.

The mayor took back his proposal Tuesday night before community meetings were scheduled to take place, saying in part, “there are potentially better sites, with fewer legal and practical obstacles.”

For Councilwoman Candi CdeBaca, who represents District 9 — which includes the Five Points neighborhood — this shows the mayor isn't serious about finding and finalizing a location.

"The concept is being sabotaged by our mayor. He has never supported this concept and we can tell very clearly now that his feigned interest in this is not real," said CdeBaca.

The councilwoman says the Five Points site was a solid choice because it would have merged surrounding camps in the immediate area into one that could be managed.

The councilwoman is referring to the Downtown Denver Partnership.

When Denver7 reached out to the partnership, they said it was the Five Points Business Improvement District who voiced their concerns about the proposed camping site.

A spokesperson from the Five Points Business Improvement District told Denver7 no legal action was threatened by their board to the city. Their attorney’s did submit a records request to get more transparency on the selection process.

"We’ve now gone through two sites in the public but a hundred sites in the background that he has just squashed," said CdeBaca.

The City of Denver says they are serious about finding a new location for the first safe outdoor camping site.