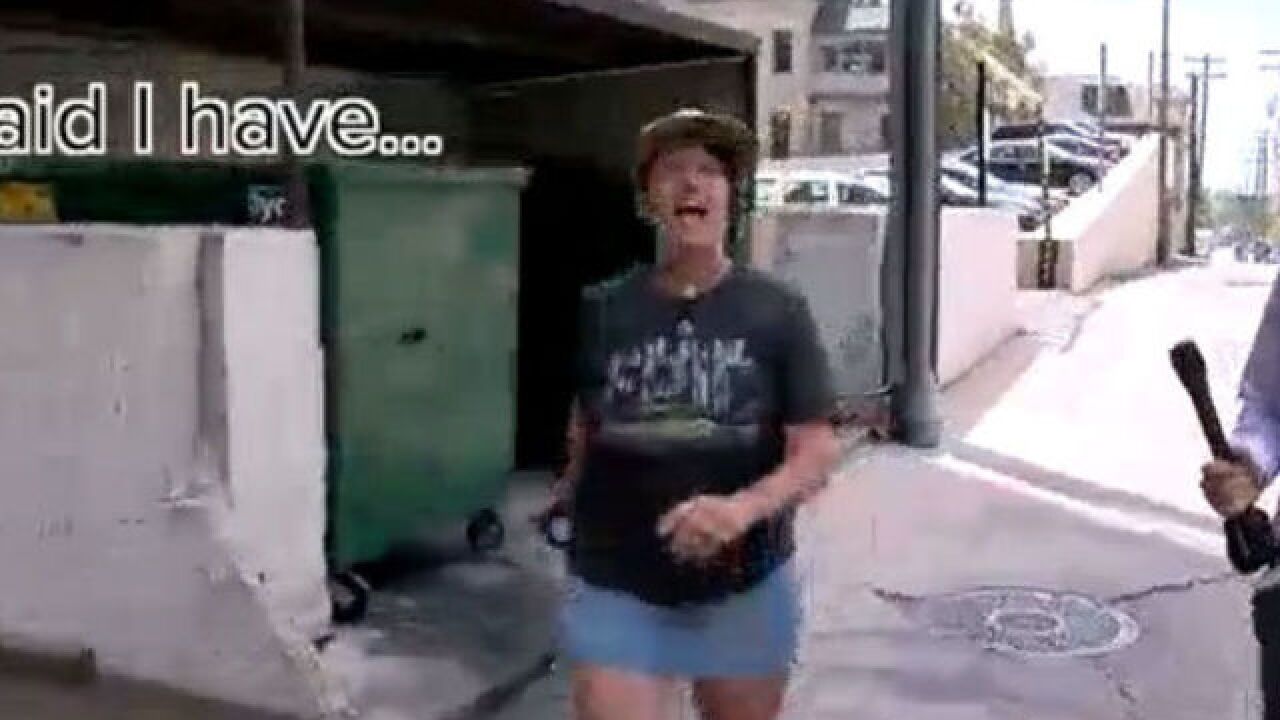 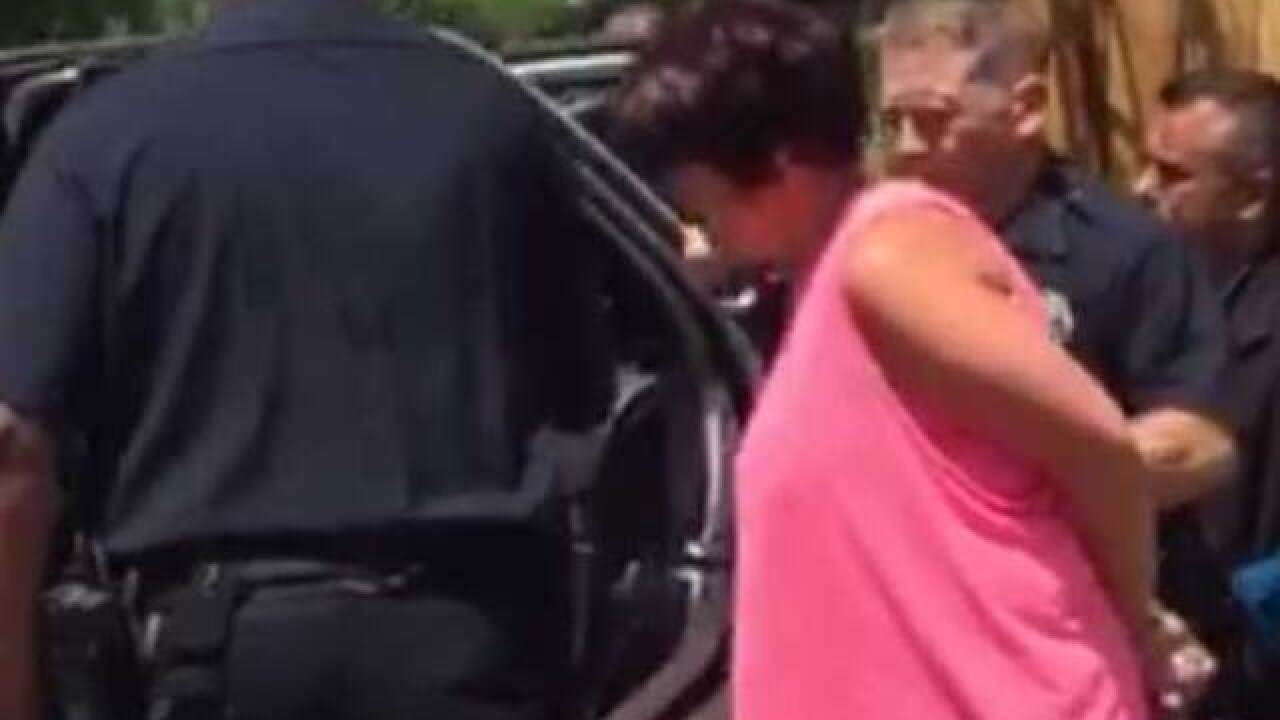 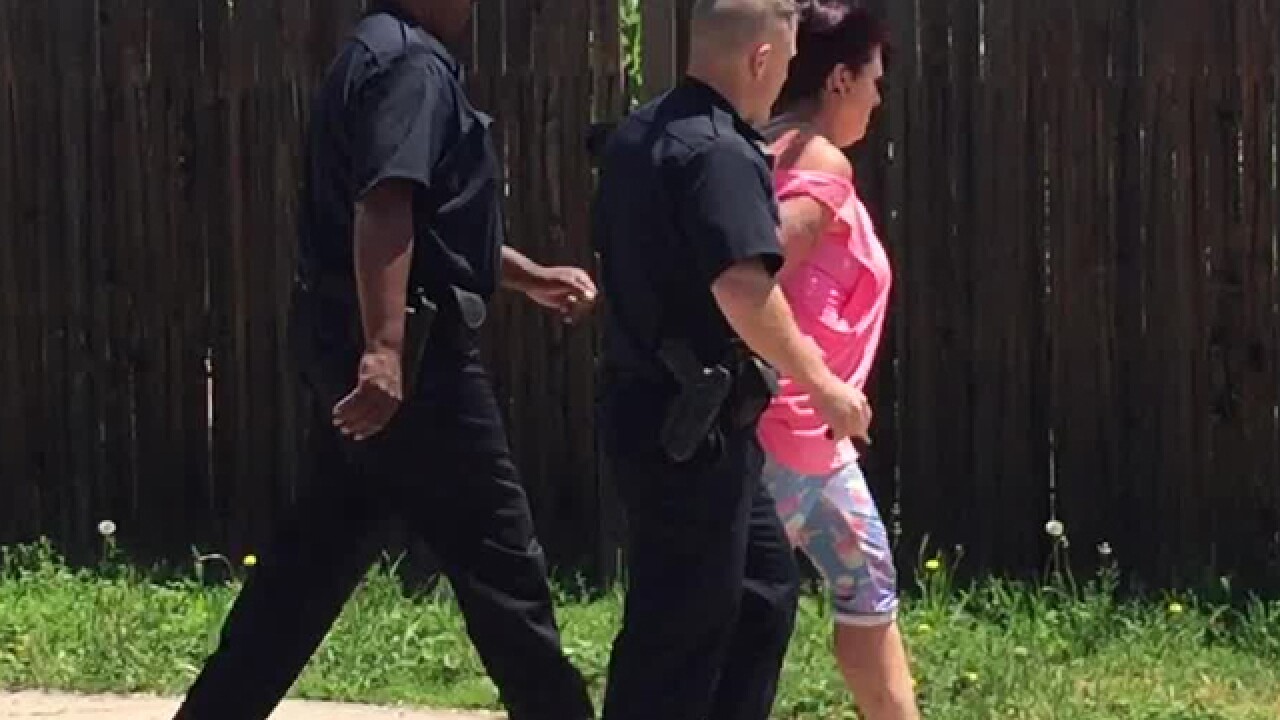 Denver7 political reporter Marshall Zelinger was outside Moss' home on Wednesday as she was escorted out in handcuffs.

The  arrest warrant issued for Moss details the 34 felony forgery counts she faces .

Including the first 10 forged signatures Denver7 uncovered, investigators with the District Attorney's Offices in Denver, Arapahoe and Jefferson Counties have 34 voters who have confirmed they did not sign their names and addresses on the petitions turned in by Moss.

They have identified 17 voters with forged signatures in Denver, 10 in Jefferson County and seven in Arapahoe County. The Denver District Attorney's Office is the lead investigating agency.

Denver7's reporting is referenced multiple times as part of the supporting information used to obtain the arrest warrant.

On May 3,  Denver7 broke the story that a voter had her name forged on a petition for Keyser .

On May 10,  Denver7 broke the story that 10 voters confirmed with us that their names and signatures were forged  on petitions for Keyser. Since then, Denver7 has confirmed a total of 13 forged signatures.

Seven additional voters signed affidavits saying their signatures were forged. Those affidavits were part of a lawsuit that wanted a judge to negate any votes cast for Keyser. That lawsuit was thrown out last week for being untimely.

According to the arrest warrant obtained by Denver7 on Tuesday, Black Diamond Outreach, the company that employed Moss, had concerns with two of the signatures she had collected about halfway through the signature collection process. They questioned her about those signatures on two occasions, but she denied any wrongdoing.

One of the notaries for Black Diamond Outreach "noticed something 'fishy' with the M's," according to the warrant.

The senior product manager, James Rankin, who trained Moss and other signature collectors, advised her field manager to talk with her about the concern.

"(Rankin) wasn't present for the conversation but he was told that she denied having any knowledge of any forged signatures," the warrant stated.

According to field manager Justin Card, "he informed her that he and others had spotted a pattern in the signatures she provided and he wanted to give her an 'opportunity to come clean.' He stated Ms. Moss was 'as cool as a cucumber,' and told him she didn't know what he was talking about. He then explained the legal ramifications to her, the company and the client if she submitted fraudulent signatures, but Ms. Moss continued to deny having any knowledge of forged signatures."

On May 23, Moss refused to answer Denver7's questions  about how she turned in petitions with forged signatures on them.

The arrest warrant also reveals that Moss made $232 in bonuses. Black Diamond Outreach paid a bonus of $2 for every signature above and beyond 20 signatures collected in a day.

According to the Secretary of State's Office, Moss turned in 566 signatures, with 488 accepted as valid.

The warrant also describes how signatures would be collected. Moss was issued an iPad and was supposed to ask three questions to each voter:

On seven of the signatures that voters say are forged, the majority of those fields were filled in, even though the voter says they never were contacted to sign the petition.

Moss' criminal history dates back to at least 1997.

Court documents from New York reveal that Moss was charged with forgery after using her 76-year-old grandmother's credit card without her knowledge. The warrant revealed that she charged $952 in video game purchases. She wrote in her statement that she then sold the merchandise to a drug dealer for $80.

Her grandmother also wrote in a statement that there was $755 in charges from a Kmart. In her own statement, Moss also wrote that she charged $1,300-$1,400 at a Walmart.

"I'm sorry for what I did and I know that was stupid. I did it to get money so that I could get my husband's car out of impound," Moss wrote in her statement.

She pleaded guilty to attempted forgery and was sentenced to five years probation.

In November of 2000, she was arrested and charged for selling cocaine to an undercover officer in Rochester, N.Y.

She pleaded guilty to the criminal sale of a controlled substance and was sentenced to three-to-six years of supervised parole.

In 2005, court records show that Moss was pleaded guilty to a charge of unlawful imprisonment and sentenced to nine months in custody.

The details of that incident are graphic and involved a woman trying to buy drugs from a man, who held her against her will. The victim said she was sexually assaulted and kept in an apartment with multiple people, including Moss.

There are petitioners collecting signatures across Colorado right now.  Colorado Secretary of State Wayne Williams put this statement on his office's Facebook page Wednesday morning:
Currently, circulators are collecting signatures throughout Colorado on behalf of unaffiliated candidates and proposed ballot measures.
Circulators should be aware it is illegal to forge or falsify names and that we will work with and support district attorneys with prosecution.

Marshall Zelinger  is a Peabody Award-winning journalist. He covers politics, breaking news and investigations for Denver7 and co-hosts  Politics Unplugged  on Sunday afternoons on Denver7. Follow him on  Twitter  and  Facebook . Email your story tips to Marshall at  Marshall@thedenverchannel.com .