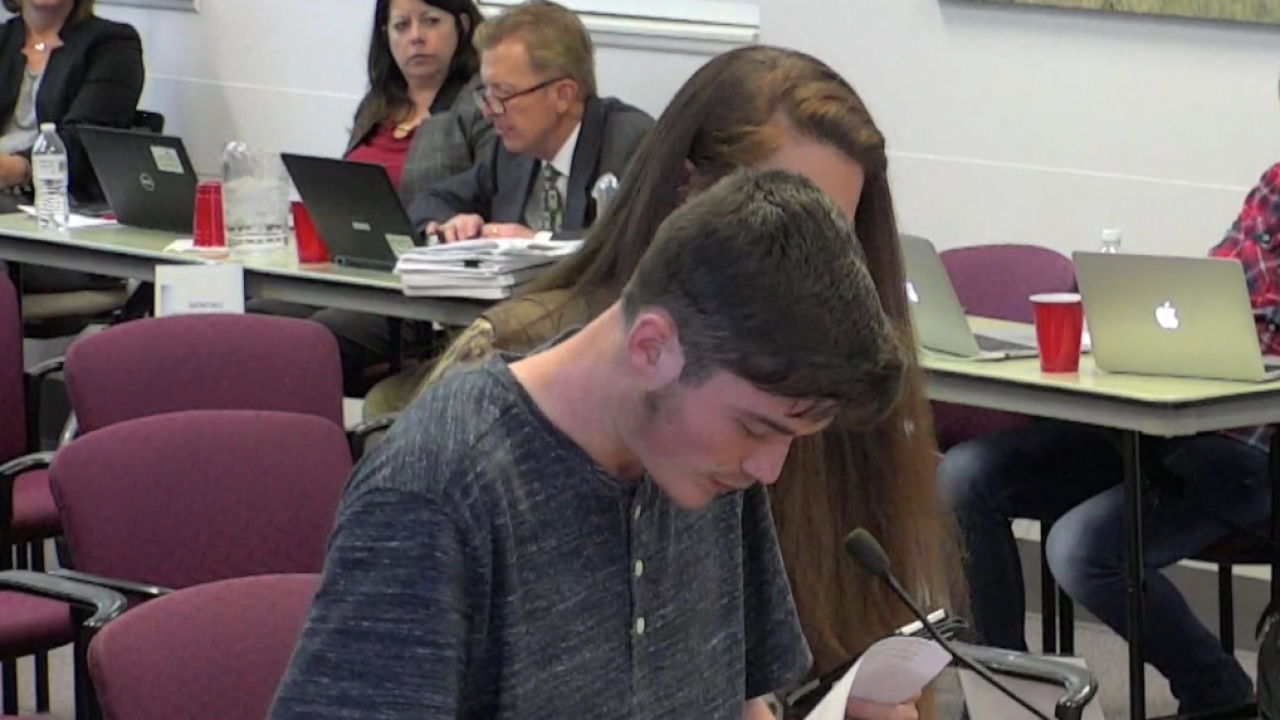 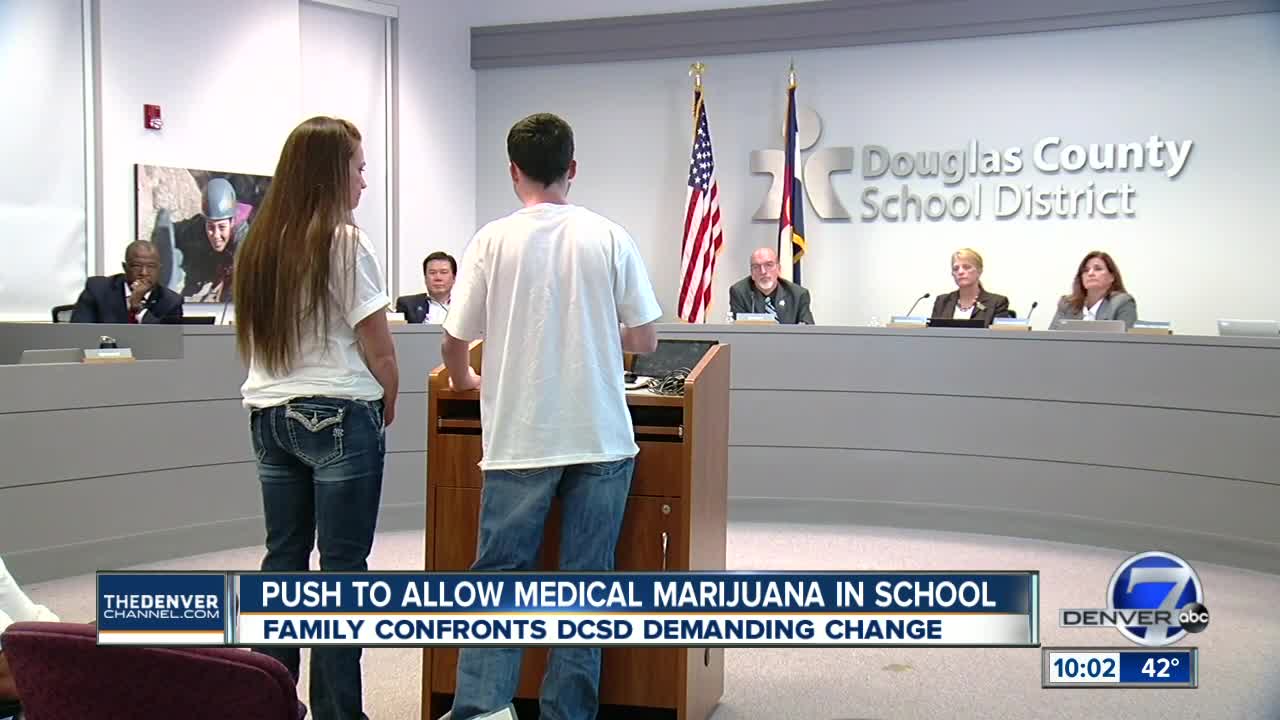 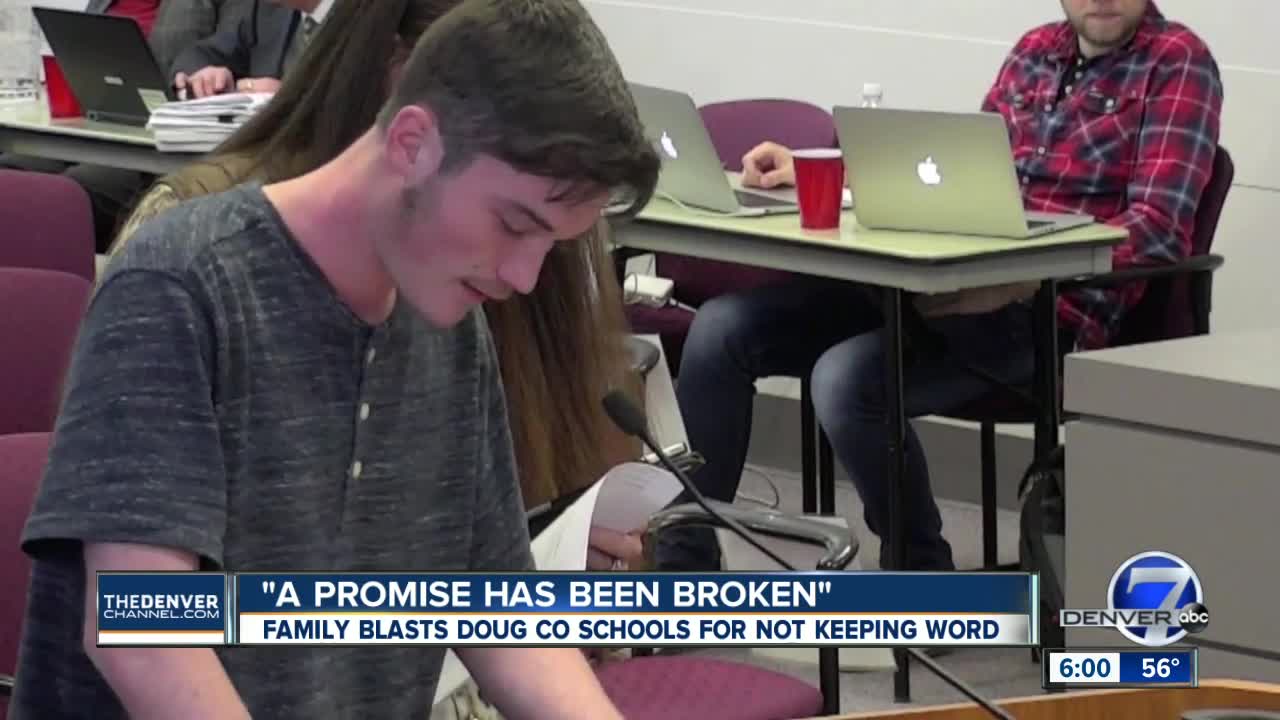 DOUGLAS COUNTY, Colo. -- A high school senior struggled to get the words out as he went before the Douglas County Board of Education with a personal plea: He asked the board to revisit the district's policies regarding medical marijuana.

Under the current policy, Douglas County School District personnel are not allowed to administer medical marijuana on school grounds, on a school bus, or at school-sponsored events. Wann and his family want to change that and they have continued to ask the district to review its stance due to a change in state law.

Wann had his first seizure when he was 3 years old and was diagnosed with epilepsy. His family would later find out he has a rare gene mutation.

His mom, Amber Wann, said doctors prescribed numerous pharmaceutical drugs in the past but said her son has been seizure-free since he started using medical cannabis.

"We’ve given them every reason why they can do this legally," said Amber Wann.

A Colorado state law called Jack's Law paved the way for medical marijuana in schools and it allows parents to give that medicine to their children at school. The Douglas County School District currently allows parents to do so. Then, a 2018 amendment went a step further, by allowing schools to keep medical marijuana on site and giving staff permission to administer it. Districts have the option to adopt the amended policy.

When Benn Wann went before the board on October 22, the board commended him for speaking up and responded to his request. Board of Education President, David Ray, said, "We will review this policy, I can’t guarantee the outcomes, whether it will be updated or not, but I will tell you I will recommend putting it on the agenda to be reviewed."

At the last Board meeting, the Board President indicated that a review of Policy JLCDB would be placed on the upcoming agenda. This policy allows the administration of medical marijuana on school grounds by a student's primary caregiver, but restricts school staff from administering. Since that meeting, the District has learned that a complaint has been filed with a State regulatory agency against the District. Because the result of the investigation of that complaint will be relevant to the Board's policy review, the Board will postpone its review until further notice and/or until the investigation is concluded.