Senators, including Bennet, ask feds not to clamp down on state marijuana laws 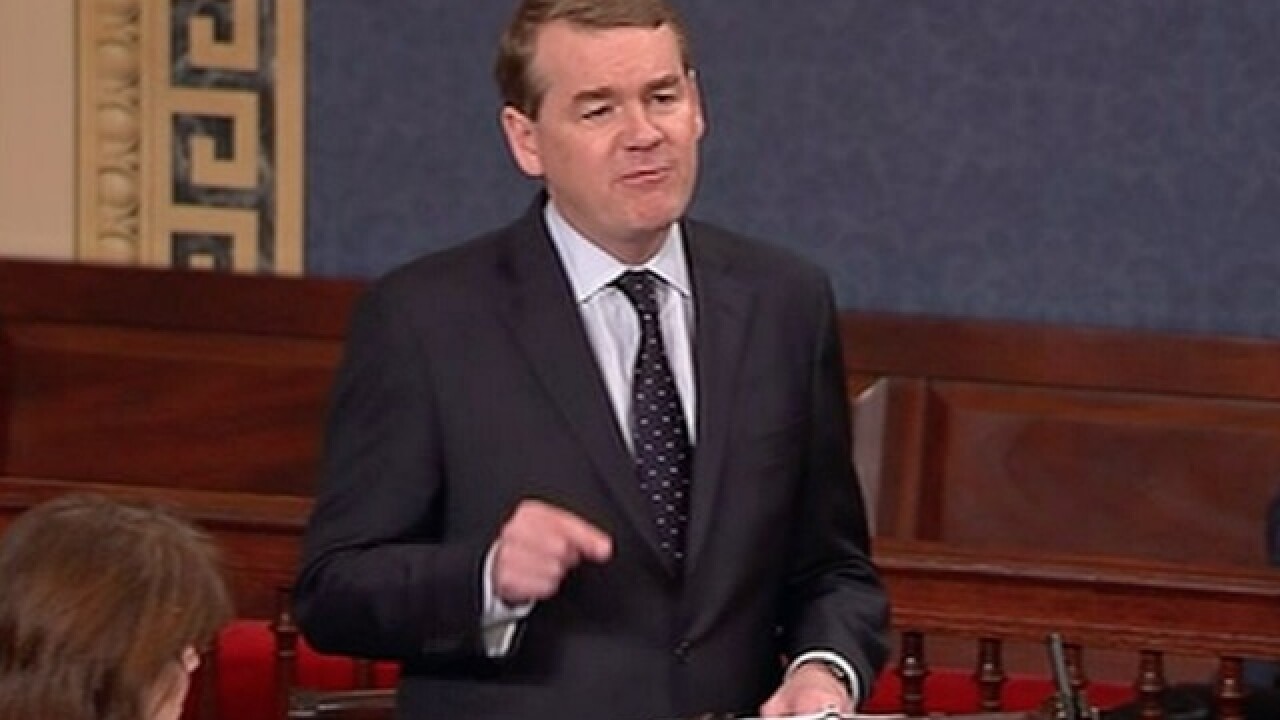 BOSTON (AP) — Senators from eight states that have legalized the recreational or medicinal use of marijuana are asking Attorney General Jeff Sessions to uphold the Department of Justice's existing enforcement policy toward states with voter-approved marijuana laws.

Read the letter by clicking here.

Massachusetts Democratic Sens. Elizabeth Warren and Edward Markey were among those who signed the Thursday letter. Massachusetts voters backed the recreational use of pot last year.

Eight states and the District of Columbia have legalized recreational marijuana.

The Obama administration opted not intervene in state marijuana laws as long as states had systems to control the drug's cultivation and sale.