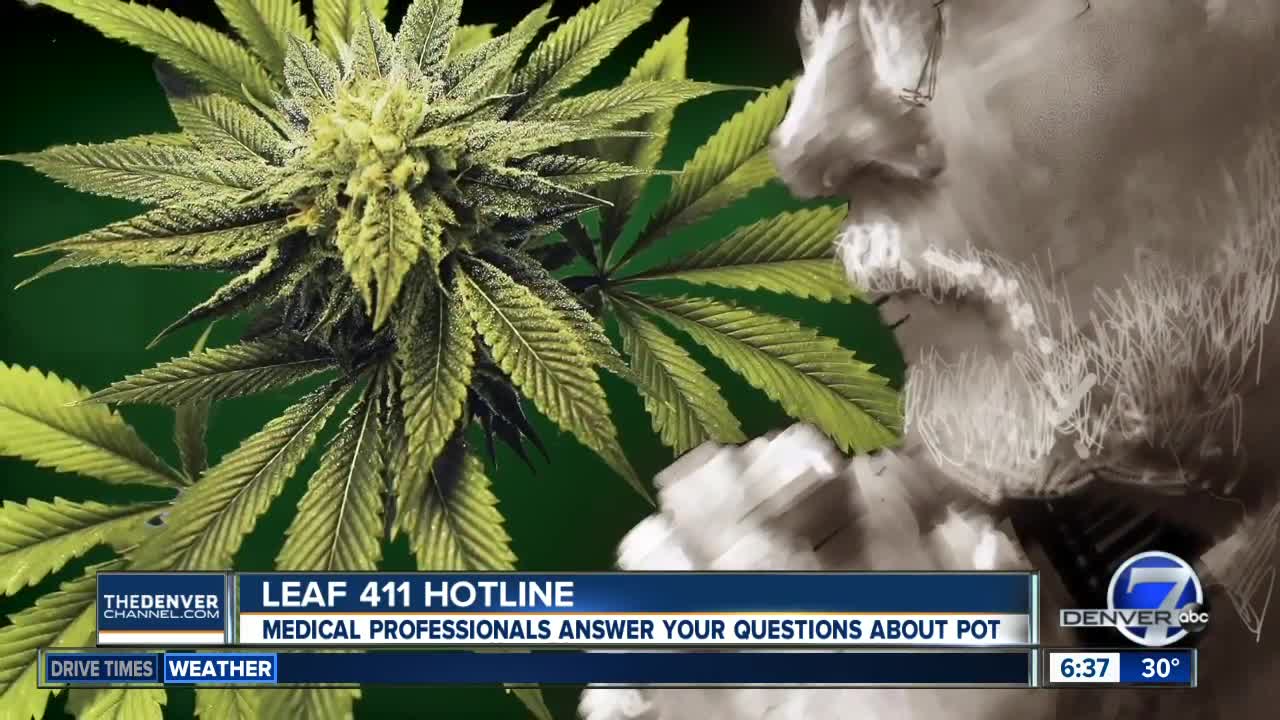 DENVER — A group of Colorado medical professionals is coming together to create a nonprofit for old and new cannabis consumers.

Leaf 411 is a new medical help line that focuses on helping consumers navigate medical marijuana use.

“We created this free cannabis nurse hotline so anyone from anywhere can call and speak to a cannabis trained nurse,” said Leaf 411 COO Jennifer Axcell.

The nonprofit is overseen by an advisory board made up of nurses, a medical doctor, and attorneys.

Callers can remain anonymous and receive free advice from a team of registered nurses.

Axcell said with recreational use of marijuana already legal in eight states, and as more states decriminalize the drug, potential consumers have a lot of questions.

“Cannabis as a medicine is a journey. Finding your dose and finding what works for you, and even after having the appointment with the doctor, there were still more questions,” Axcell said.

“10 years ago, I was in a really terrible car accident that had me chemically dependent on a bunch of different pharmaceuticals. When I went to my prescribing physician looking into getting off the medications, I was turned away because it was federally illegal and he didn’t know anything,” Axcell said.

Axcell’s journey led her to a cannabis clinician's office in Boulder, where she met registered nurse and Leaf 411 CEO
Katherine Golden, who was also looking for medical marijuana answers.

“My close family member was suddenly diagnosed with stage 4 lung cancer in his 40s — no history of smoking, and my family was devastated,” Golden said.

“Being the nurse in the family, I said, 'Well, let me look into the validity of this cannabis.’ When I did a deeper dive into cannabis, I was actually angry that a lot of this medical knowledge had been withheld from us that we could be exposing to our patients.”

According to the Centers for Disease Control, since 2002, marijuana use among those 55 to 64 has increased by 455 percent.

“A lot of senior callers still believe that the only way to get medicine is inhaling. So it’s wonderful to be able to say no, there’s all these other formulations out there,” Golden said.

From patches to edibles to vaporizers, Golden and Axcell said no matter a patient's age, Leaf 411’s goal is to arm consumers with the knowledge they need to make the best medical decisions for themselves.

Leaf 411 is partly funded by the marijuana industry. To learn more, click here.