88 lbs. of pot found in bins during traffic stop 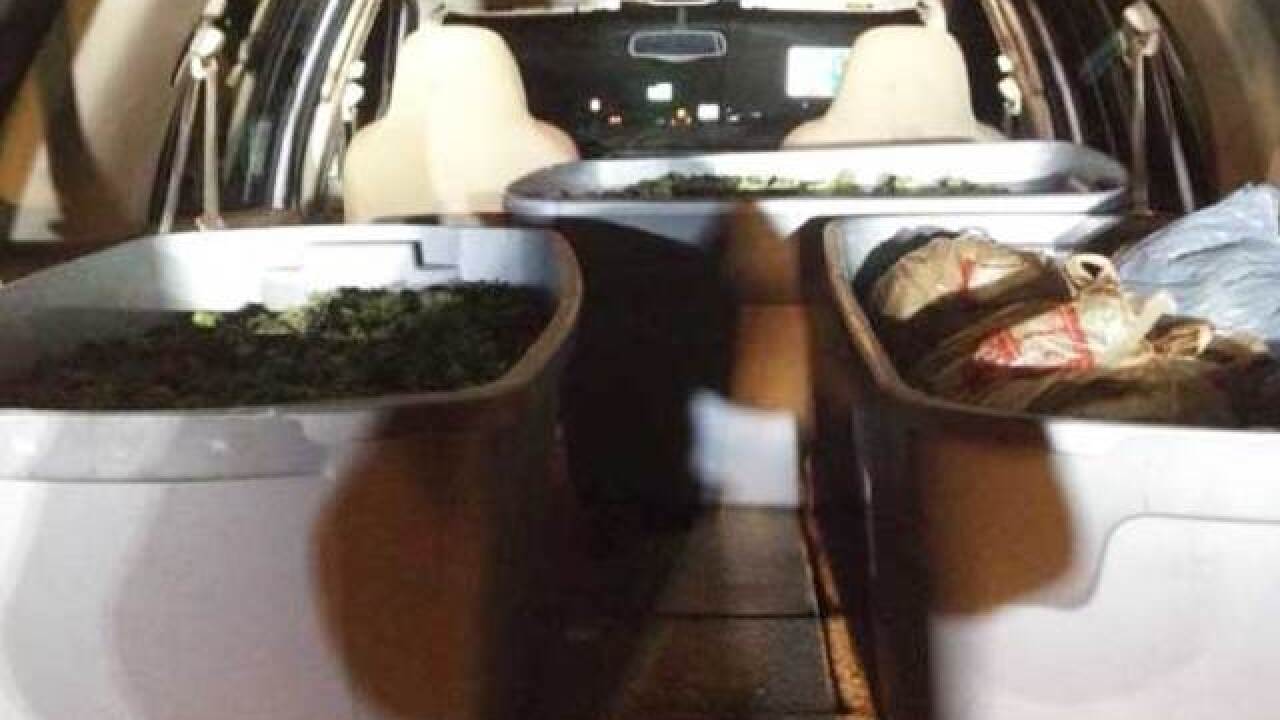 That's because deputies said they found 88 pounds of marijuana in the bins.

This is NOT medical or recreational marijuana. It's 88 pounds of drug trafficking with a suspect in jail!!! pic.twitter.com/BFpRgFFwBL

Deputies with the Douglas County Sheriff's Office said the pot was found during a traffic stop on Interstate 25, in Castle Rock, around 1 a.m. on Thursday.