4/20 Rally organizers fined over $12K, banned from holding event in Denver for 3 years 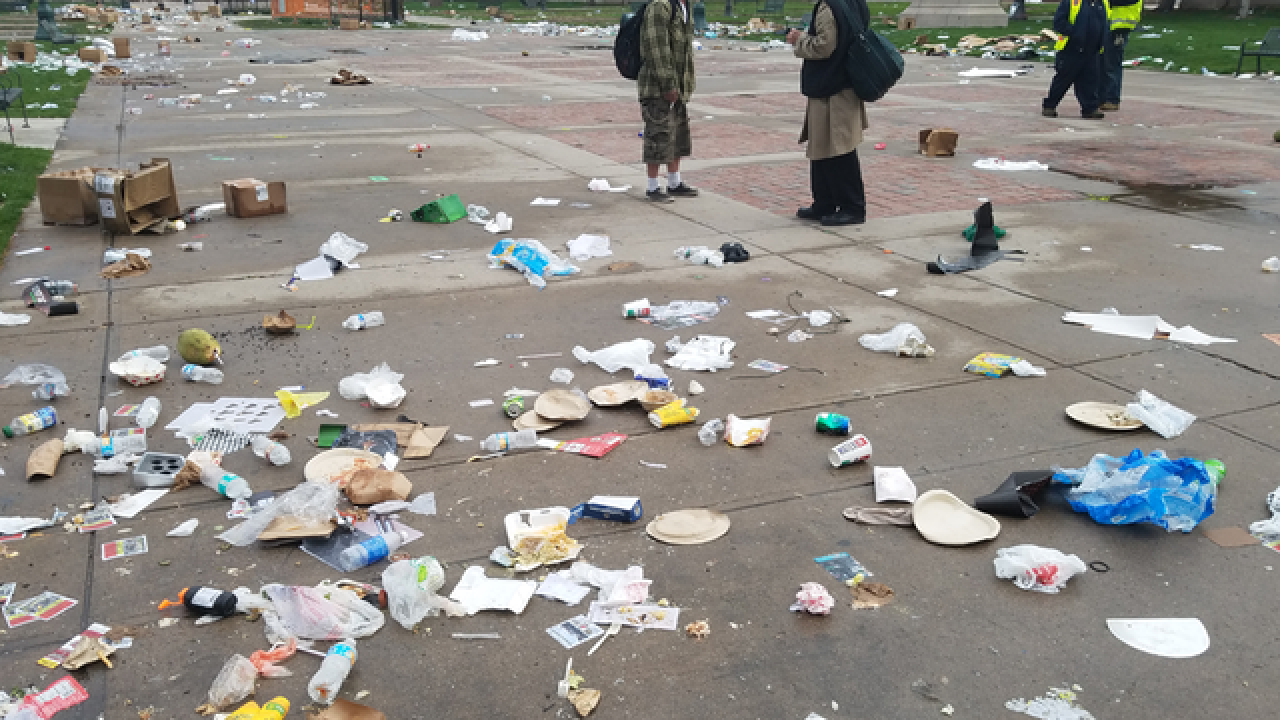 DENVER -- Organizers of the annual 4/20 Rally held at Denver's Civic Center Park are facing more than $12,000 in fines and have been banned from holding the event in the city and county of Denver for three years, according to a letter from Denver Parks and Recreation officials.

The penalties came after DPR officials reviewed impacts to trash management, public safety and security "along with other relevant event impacts" for compliance, the letter states.

The total fine amounts to $11,965 plus an additional $190 in damages. The penalties also ban the organizer from being granted any event permit for three years, as well as rescinding their Priority Event status.

“After a thorough review of the event, substantial violations of city requirements were found”, said Happy Haynes, executive director of Denver Parks and Recreation in a statement sent to Denver7. “We will continue to ensure that events in our parks are safe, compliant and of high quality, and we remain focused on protecting Denver’s parks and facilities which are valuable assets to our city and our residents.”

Miguel Lopez, one of the organizers of the 4/20 Rally, fired back saying they will appeal the decision and will take the matter to court, if necessary.

"We understand that the City political structure disagrees with our message, and is using this process as a pretext to silence the message," Lopez said in a statement sent to Denver7. "Every Civic Center event has similar features and none of these issues were identified in past years 420 events."

Mountains of trash were found at Civic Center Park the morning after the festival, which drew thousands of people from Colorado and across the country to downtown Denver.

Empty water bottles, uneaten festival food and other debris were littered along the sidewalks and the grassy area. Large piles of trash appeared to be ripped open and strewn across the southern area of the park near 14th Street.

One man sifting through the debris said, “This is awful. I have never seen it this bad.”

Organizers said at the time volunteers put the trash in bags after the rally was over and had planned to remove the packed and sealed trash bags from the park the next morning. However, they suggested that someone, perhaps a homeless person, went around the park overnight and ripped open the bags of trash, searching for cans or food.

“All the trash was bagged, and everything was consolidated into place. Once it didn’t get picked up probably between 2 a.m. and 4 a.m., I think we had a lot of people in the park kind of rip through and open up all the bags,” said event organizer Santino Walter.

GALLERY: See the mess left behind after the 4/20 Rally

Organizers -- who are responsible for the cleanup -- as well as volunteers, had most of the trash picked up by around noon that day.