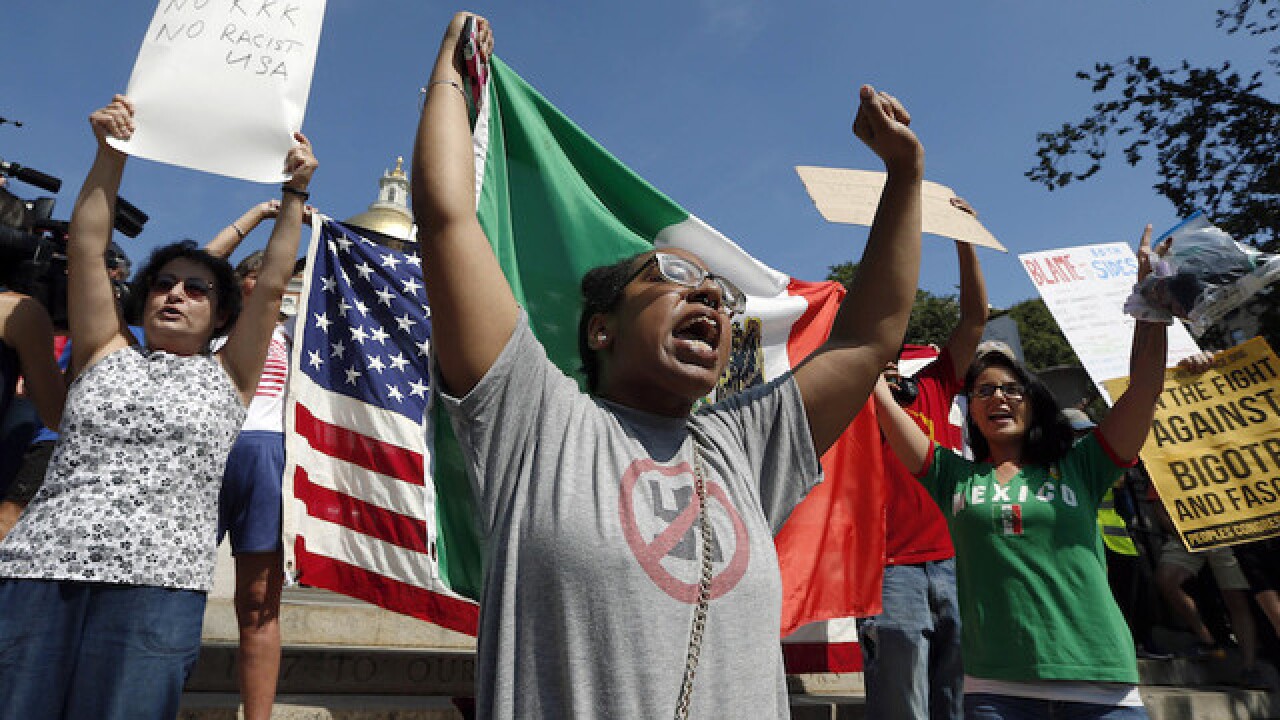 Copyright 2017 The Associated Press. All rights reserved.
Michael Dwyer
<p>Counterprotesters hold signs and chant at the Statehouse before a planned "Free Speech" rally by conservative organizers begin on the adjacent Boston Common, Saturday, Aug. 19, 2017, in Boston.</p>

DENVER – A coalition of more than 35 local organizations will march from Denver to Aurora to denounce white supremacist violence Saturday morning.

The “March for Justice” will begin at the Martin Luther King Memorial in City Park at 10 a.m. and protesters will march along E. Colfax Ave., ending at the ICE detention facility in Aurora.

“A dissatisfaction is spreading throughout the country: violence, racism, families being separated and bigotry in all its forms.

“In the spirit of the human rights marches of the past that changed the world the enough cation coalition believes it’s our time to act,” reads a flyer from the organizers of the march, Enough Action Coalition.

Road closures during the “March for Justice”

Several road closures will be in effect from 8 a.m. to 4 p.m., according to the Aurora Police Department.

Denver Police did not announce any road closures during the “March for Justice.”

Regulations for protesters in Aurora

The police department in Aurora also said that while they respect and uphold the constitutional rights of the community to exercise their right to free speech, several items will not be allowed during the “March for Justice,” among them:

Police said that violation of any of these rules will result in participants being removed from the protest. Those who are found with the prohibited items and who refuse to leave will be violating the Trespass section of the Aurora Municipal Code, police said.