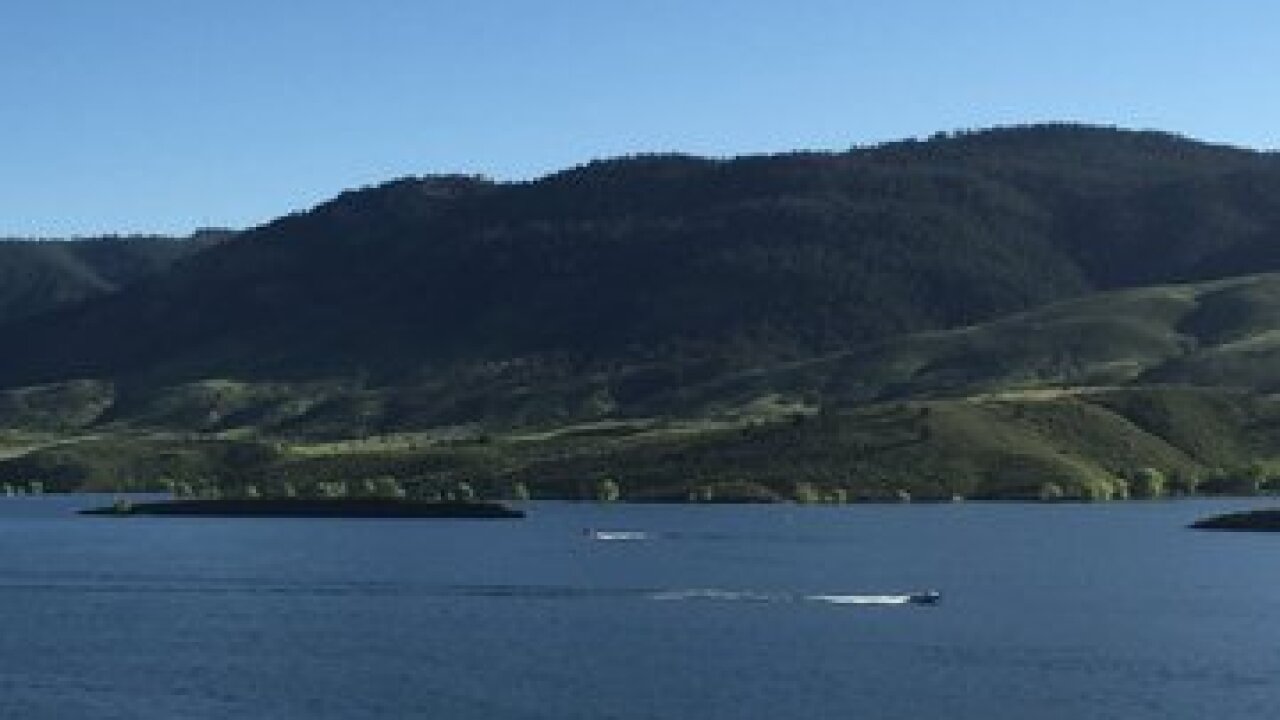 LARIMER COUNTY, Colo. — Authorities recovered a man's body after he did not resurface while swimming at Horsetooth Reservoir on Monday afternoon.

Around 2:30 p.m., the Larimer County Sheriff’s Office was notified that a 32-year-old man had been swimming near the South Bay swim beach at Horsetooth Reservoir when he went underwater and did not resurface.

Divers located the man at 3:23 p.m. and pulled him from the water. He was about 45 feet from the shore. He was transported to a local hospital by helicopter, but did not survive.

The man’s wife was at the reservoir with him and called 911 when she did not see him resurface.

The Larimer County Coroner’s Office will release the man’s identity at a later date.