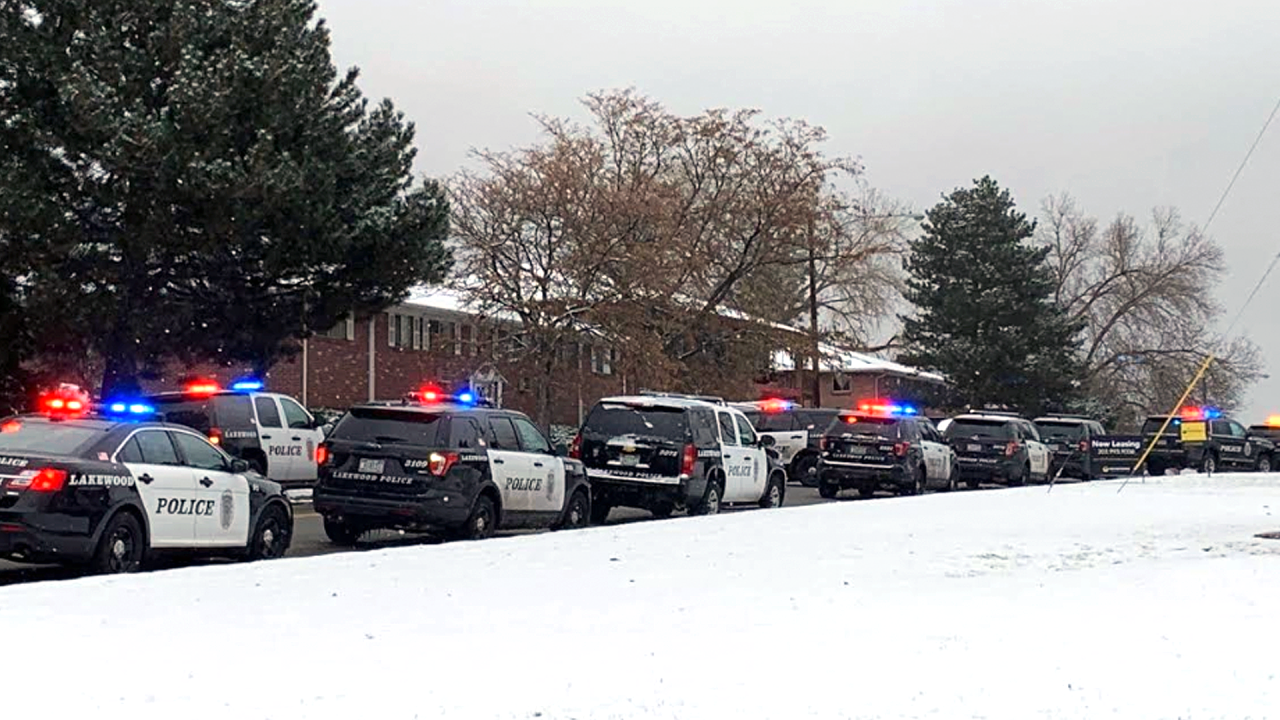 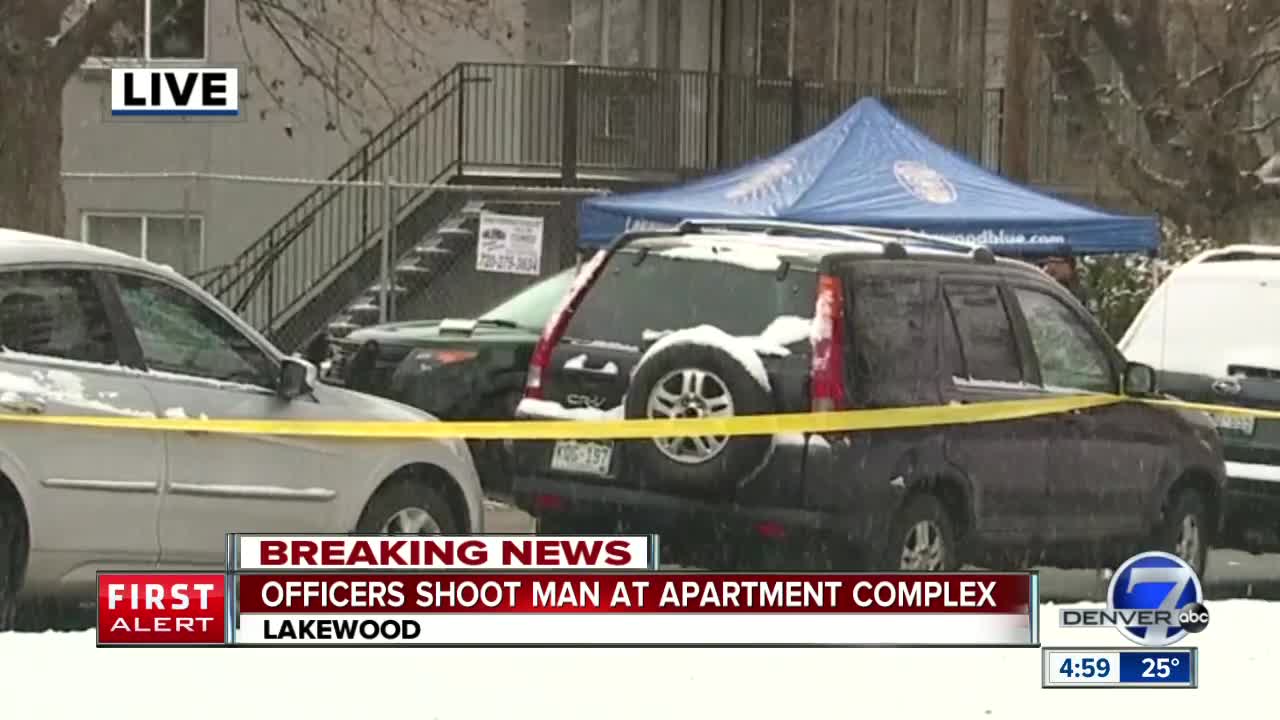 LAKEWOOD, Colo. — A man was rushed to the hospital following an officer-involved shooting in Lakewood Sunday. No officers were injured.

Around 3 p.m., police were called to the Villa Rose Apartments near West 7th Place and Oak Street on a report of a disturbance.

When they arrived, police confronted a man who presented a weapon and was fired upon by arriving officers, according to Lakewood police spokesperson Ty Countryman.

The man, whose name and age were not released, was taken to the hospital in an unknown condition.

Countryman could not say if the confrontation happened outside or inside the apartments. It's unclear if the man shot by police was involved in the initial reported disturbance.

No other details were released. Police say the investigation is ongoing.