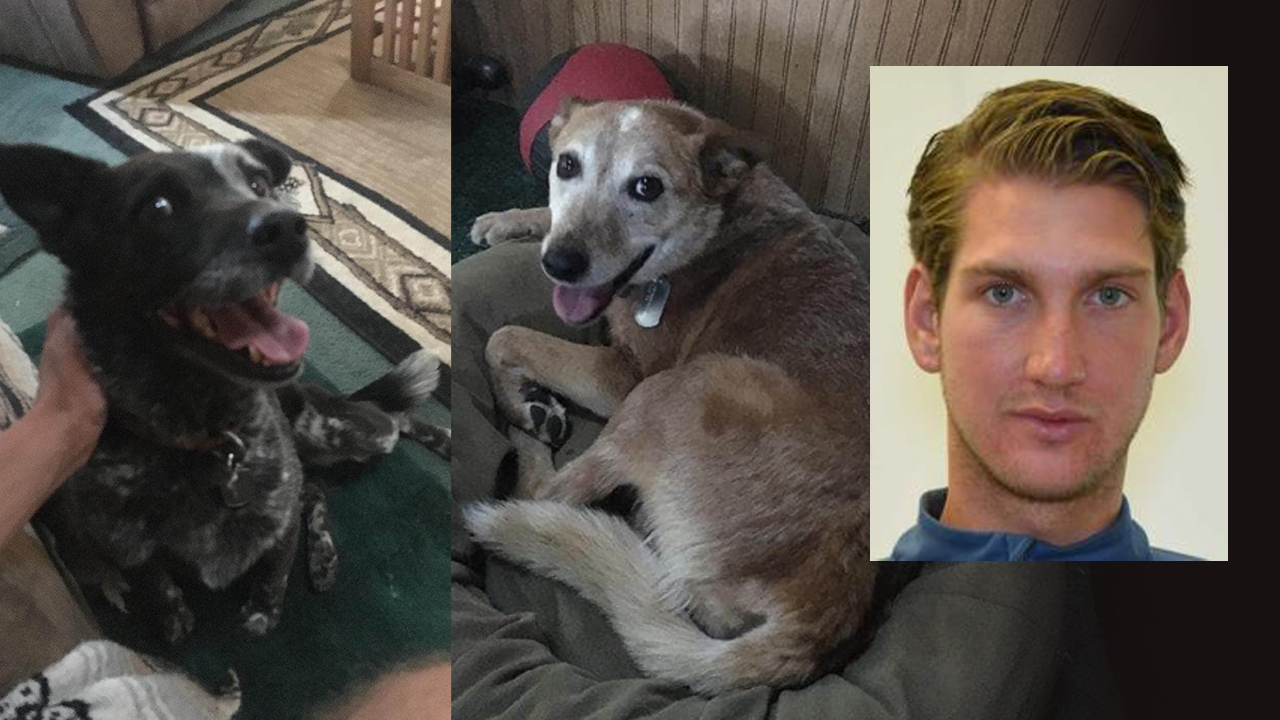 CENTENNIAL, Colo. — Arapahoe County Sheriff’s deputies arrested a man wanted out of Teller County for allegedly killing two of his roommate’s dogs, dismembering one of them.

Matthew Stephen Dieringer, 30, from Pueblo, was arrested on a felony animal abuse warrant Sunday night at a Days Inn in Centennial. Deputies said Dieringer was located thanks to tips from the public.

The 30-year-old is accused of beating to death his roommate’s two dogs -- a 7-year-old Australian cattle dog “Suka” and a black dog named “Hayoka,” who he is alleged to have also dismembered. A necropsy confirmed Suka died of blunt trauma, the sheriff’s office said.

A warrant for his arrest was issued last Tuesday, and authorities issued a plea to the public, asking for their help locating Dieringer. The post garnered nearly a million views on Facebook, the sheriff’s office said.

Dieringer is currently being held in the Arapahoe Detentions Facility on a $10,000 cash-only bond and will eventually be transferred to the Teller County Detentions Center.