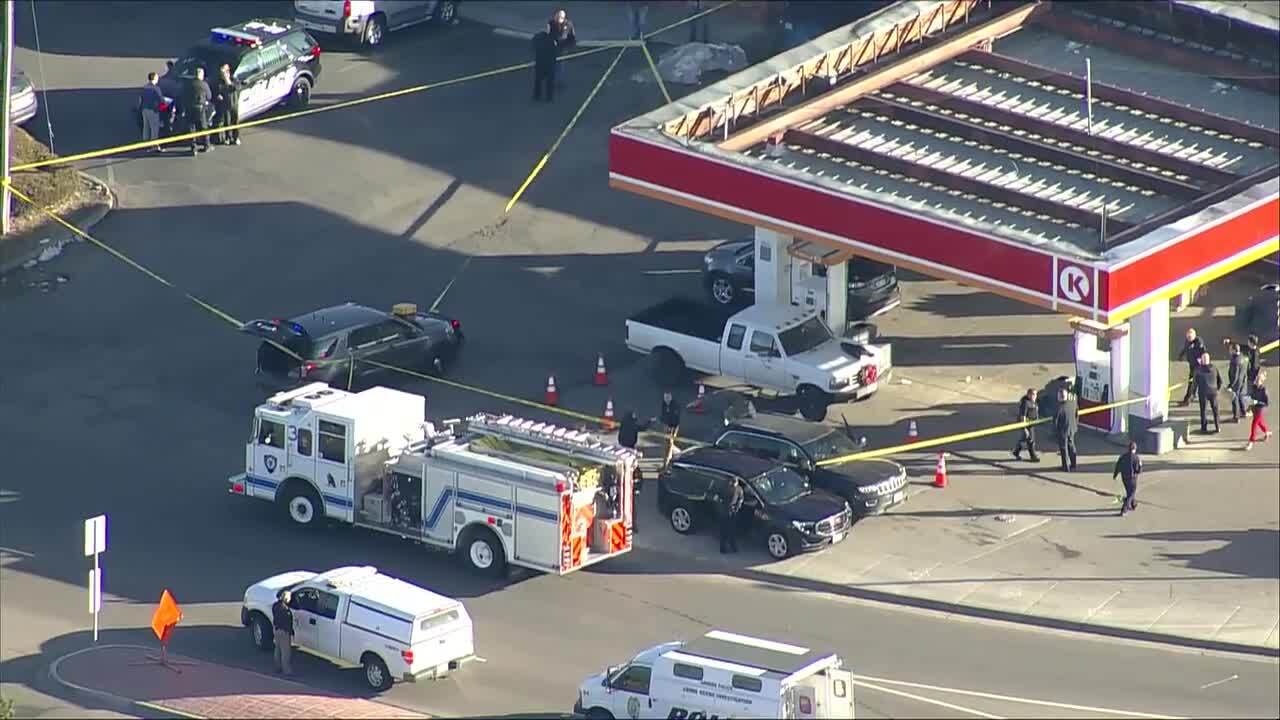 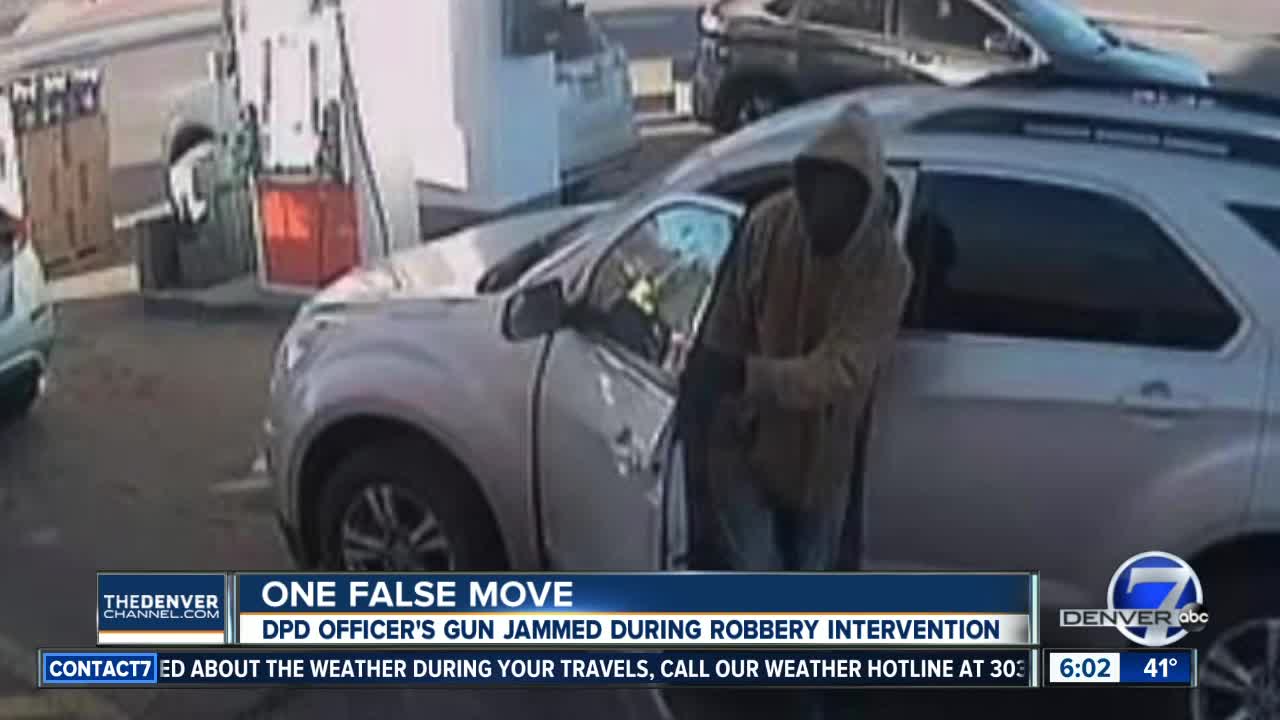 GOLDEN, Colo. – The man accused of shooting an off-duty Denver police officer after an armed robbery in Arvada on Wednesday had a 2-year-old child in his car during the incident and fired a shot at the officer after the officer's gun jammed, prosecutors said in court on Thursday morning.

Samuel McConnell, 43, was arrested on charges of attempted first-degree murder and aggravated robbery in the case. Prosecutors in court said McConnell confessed to a series of robberies, and an affidavit said he confessed to being involved in the robbery and shooting.

He fled the shooting in a Chevy Equinox and was later taken into custody Wednesday at an apartment complex in the 8300 block of Sheridan Blvd. in Westminster.

The officer, a detective whose name has not been released yet, was hospitalized with non-life threatening injuries and was in stable condition on Wednesday.

The officer had noticed that a gas station at West 80th Avenue and Kipling Street in Arvada – where he was helping his son fill up his truck with gas – was being robbed and he tried to intervene. When McConnell encountered the officer, prosecutors said, the officer's gun jammed and then McConnell shot him.

Prosecutors argued that McConnell had a chance to walk away but decided to shoot the officer anyway. An affidavit said McConnell claimed he returned fire.

The affidavit says that McConnell crashed into another car as he fled the gas station, went and put license plates back on the vehicle at a nearby apartment complex, then went home. At one point, he told officers, he returned the gun used in the robberies and shooting to a friend whom he had borrowed it from.

Once police confronted him and brought him to an Arvada police station for an interview, he confessed to also robbing a gas station in Erie and a donut shop in Westminster in the days surrounding the robbery in Arvada. He said he also contemplated robbing someone at a Chase Bank prior to the Arvada robbery but decided against it. He told officers he needed the money because he wasn't working and needed to buy oxycodone.

Denver Police Chief Paul Pazen in a news conference Wednesday said a family member of the detective was with him at the time of the shooting and was able to provide immediate emergency care. The affidavit showed that the family member was McConnell’s son.

Pazen praised the detective for his quick action.

"The investigator displayed great courage — interrupting somebody that's armed and dangerous and taking action in order to protect our community. This detective should be recognized for the immediate action that they took," Pazen said.