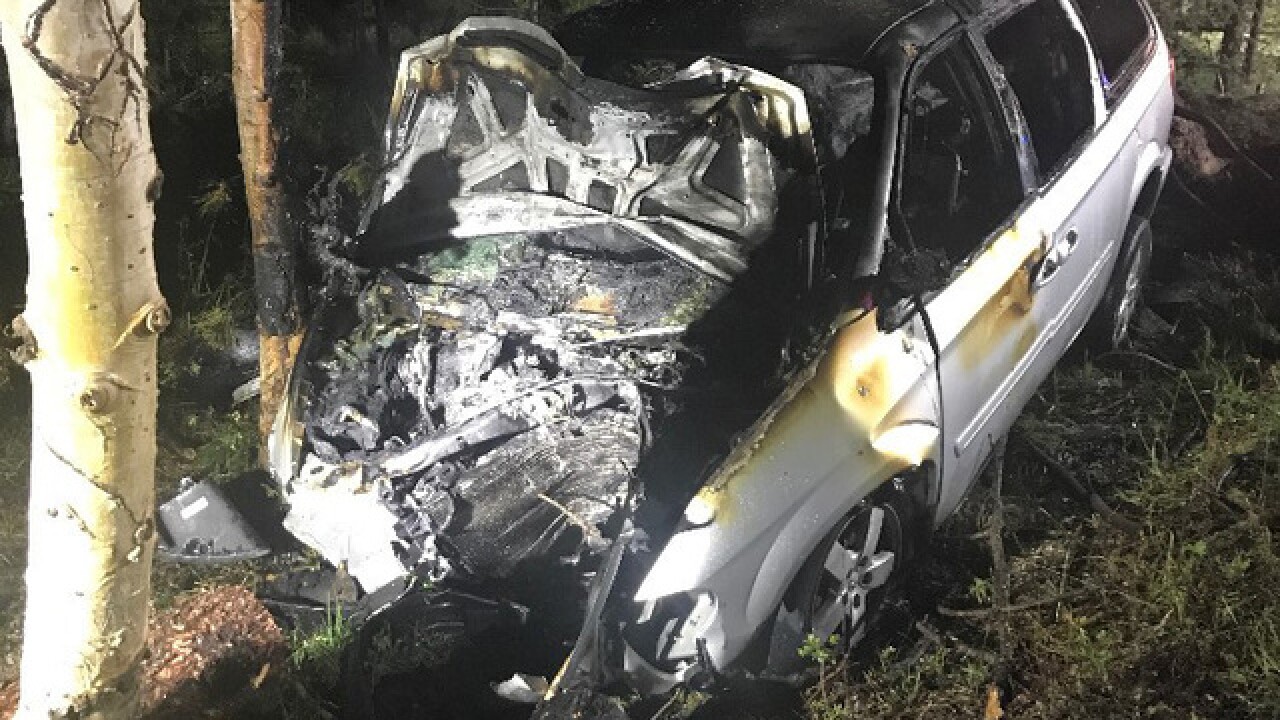 Courtesy of Colorado State Patrol
<p>A man rescued a driver and passenger from a car after it hit a tree and burst into flames. </p>

TELLER COUNTY, Colo. — Authorities are hailing a man as a hero after he rescued two people from a car that had hit a tree and burst into flames.

Just before 4 a.m. on Wednesday, Richard Krochta was driving a commercial vehicle west on Highway 24 near milepost 282.7. He was headed to the Cripple Creek Gold Mine, according to Colorado State Patrol.

As he drove, he noticed a vehicle fire about 15 feet off the north side of the road, a couple miles west of Woodland Park. He stopped his truck and jumped out with a fire extinguisher, said CSP.

While he attempted to extinguish the fire, he heard the driver yelling for help. Krochta was able to open the driver door and pull the man to safety. The driver said there was another person inside and through the flames and smoke, Krochta found a woman in the front passenger seat. He pulled her to safety as well.

Shortly afterward, around the same time the Northeast Teller County Fire Department arrived on scene, the car was completely engulfed in flames, said Capt. Brian Stimits. Stimits said Krochta’s actions “surely saved the lives of both occupants, who had sustained incapacitating injuries” after the car had hit a tree, according to CSP.

An investigation determined that the driver had fallen asleep at the wheel. He and his passenger were headed to Cripple Creek from Colorado Springs. Both were wearing seatbelts. Impairment, alcohol and drugs are not suspected.