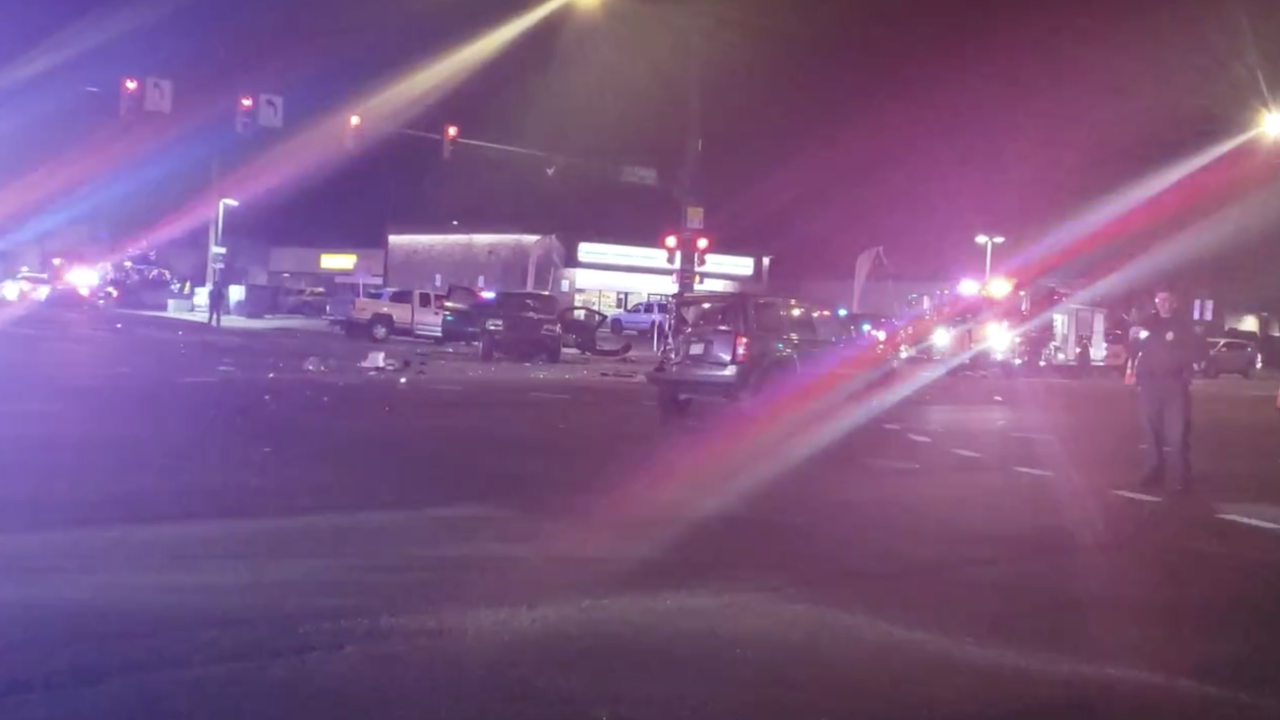 Stringr
92nd Avenue and Federal, where a suspect fled a crash, leading to an officer-involved shooting.

WESTMINSTER, Colo. – The man shot and killed by police in Westminster last Friday night as he fled a crash was identified Tuesday by the Adams County Coroner’s Office.

Hunter Steven James Lowry, 23, was identified as the man killed by police. The coroner’s office said his cause and manner of death are under investigation.

Police said Lowry was suspected of robbing a store in Federal Heights at knifepoint around 8 p.m. last Friday. Officers tried to pull him over when he crashed at the intersection at 92nd Ave. and Federal Blvd. and fled the vehicle, police said.

Thornton and Westminster officers chased him, and Lowry was confronted at a nearby condo complex. Police said one officer used a Taser of Lowry and several officers fired their weapons, fatally striking Lowry.

Police said Lowry had a handgun in his possession at the time, but it was unclear if he fired any shots. Police said two Westminster officers, one Thornton officer and one Federal Heights officer fired their weapons at Lowry. It was unclear how many times he was struck.