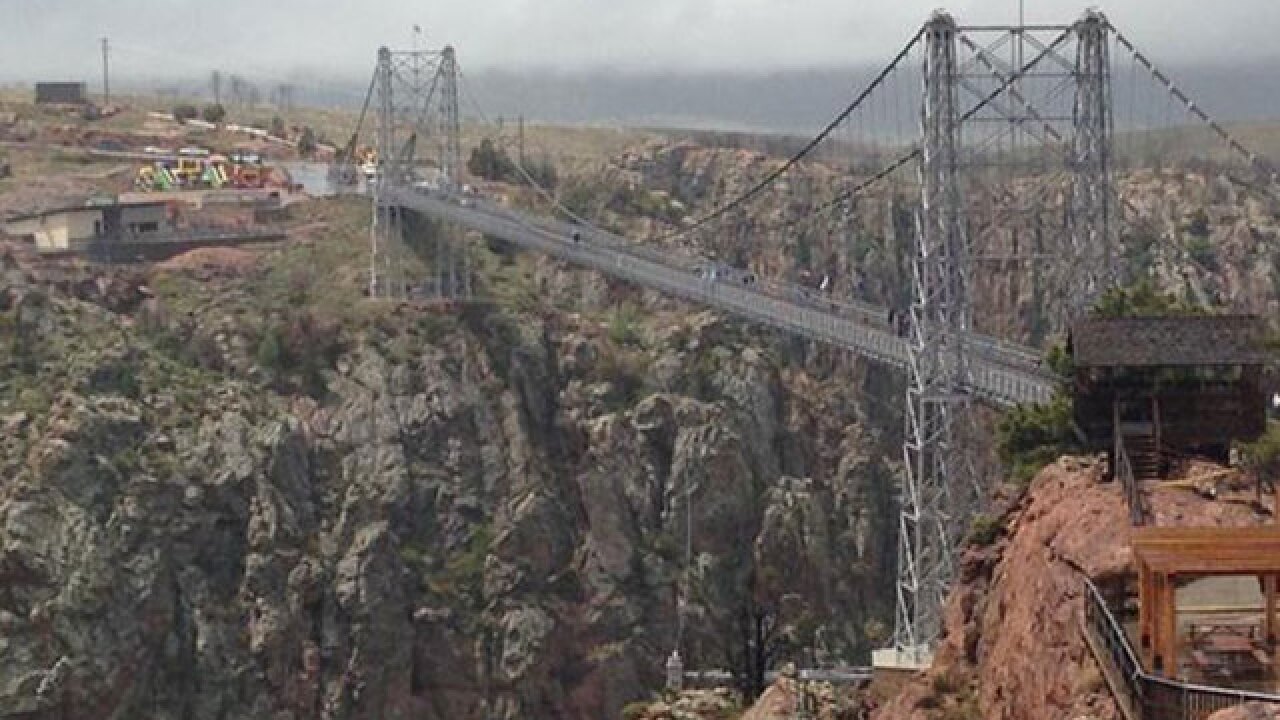 <p>After the morning fog clears, the new structures at the park become visible on both sides of the bridge. (Jon Stone, 7NEWS)</p>

PUEBLO, Colo. (AP) -- Authorities have recovered the body of a man who jumped from the Royal Gorge Bridge in southern Colorado.

Sgt. Clint Robertson with the Canon City Police Department says the man, whose name has not been released, jumped from the west side of the popular tourist bridge on Tuesday afternoon. The Pueblo Chieftain reports the man, described as between 55 and 60 years old, was recovered with the help of a special vehicle used by the Royal Gorge Route Railroad.

The suspension bridge spans the Arkansas River at a height of 956 feet.'

For immediate support with a suicide crisis call the National Suicide Prevention Lifeline at 1-800-273-8255.