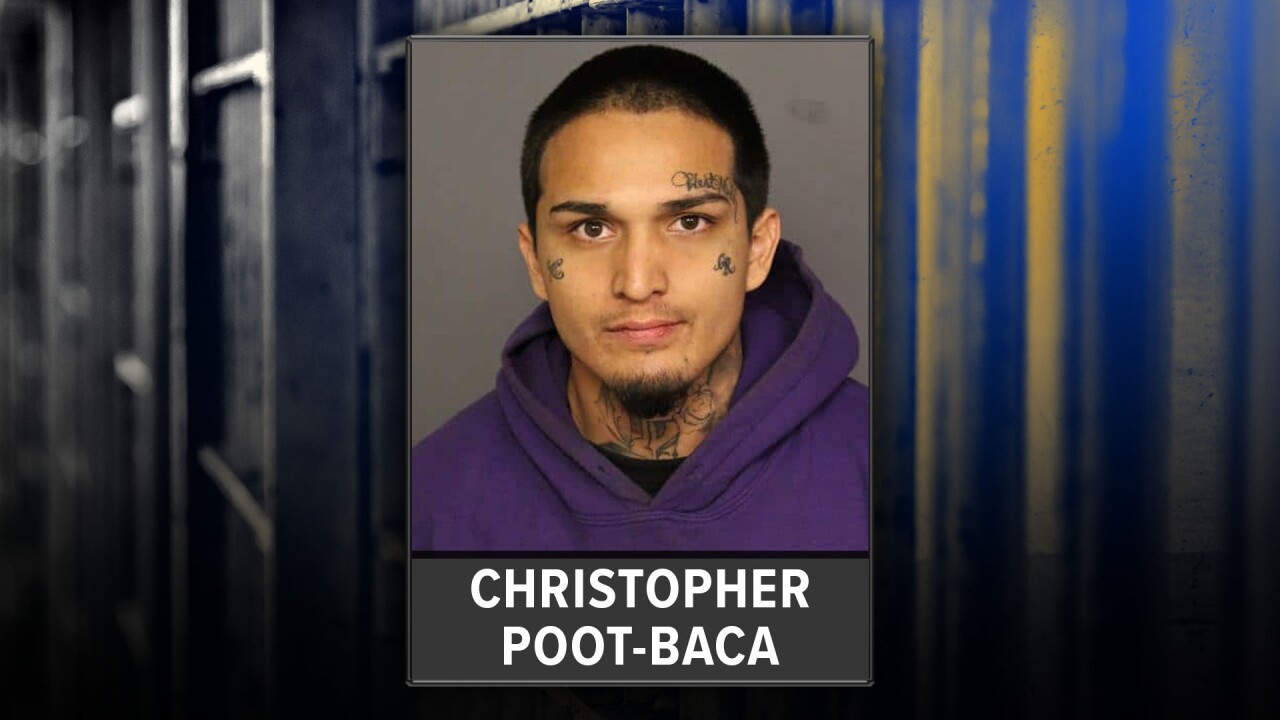 DENVER — A 20-year-old man was found guilty on Friday of robbing an 81-year-old at-risk woman, resulting in a fractured kneecap, as she waited for a RTD bus, according to the Denver District Attorney’s Office.

A Denver jury found Christopher Poot-Baca guilty of all charges prosecutors filed, which included robbery of an at-risk person, identity theft, criminal possession of a financial device and a crime of violence sentence enhancer for the serious injuries to the woman.

The crime occurred around 8:15 p.m. on Jan. 14, 2019, which was the woman’s birthday, the district attorney’s office said. The 81-year-old was waiting at a bus stop at S. Monaco Street and E. Dakota Avenue when Poot-Baca, who had been sitting next to her for about 5 minutes, grabbed her purse and lunch box, according to an affidavit.

When the woman resisted, he pushed her to the ground and then fled on foot. She attempted to stand up, but her knee was too injured, according to an affidavit.

The woman was able to flag down two passersby, who contacted police for her. The two people told police they did not see the incident.

She was transported to a hospital and police started to investigate the scene. Two pieces of evidence were collected — a Coke can and black headphones. The DNA found on the can belonged to Poot-Baca, according to an affidavit.

When shown a line-up of people, the woman noted that Poot-Baca could “possibly” have been the suspect. She also mentioned he had been drinking a Coke at the bus stop and when he was finished, he threw it on the ground.

Her description of the Coke can — which was purple and a Cherry Coke flavor — matched what police had found at the scene and tested for DNA.

The day after the robbery, the woman’s credit card was used at a Mexican restaurant for about $23, an online purchase through iTunes for about $32 and an online purchase at Gun Parts Corporation for $38. The card was also used to try to buy high-end Air Jordan shoes at a Lakewood store, according to the district attorney’s office.

Poot-Baca’s sentencing is scheduled for March 20.