Man formally charged in murder of grandmother in Westminster apartment 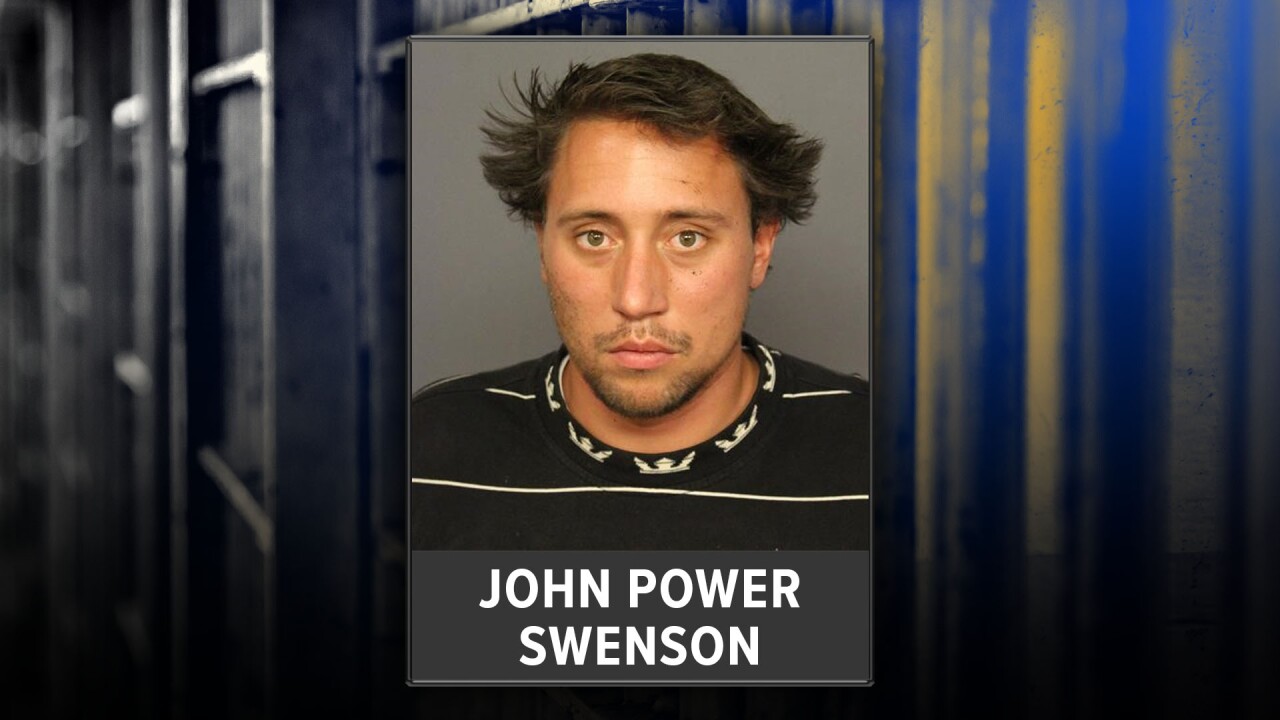 WESTMINSTER, Colo — On Tuesday, a 24-year-old man was charged with first-degree murder in connection to the beating death of his grandmother.

On Tuesday, John Power Swenson, 24, was charged with first-degree murder in connection to the beating death of his 75-year-old grandmother in December.

Officers with the Westminster Police Department responded to a call regarding a welfare check around noon on Dec. 9, 2019. The police department had received the call from a woman who said she was concerned about her mother Linda Shomberg since she hadn't heard from her in three days, according to an affidavit.

When two officers arrived to the East Bay Senior Housing complex, located at 3720 68th Avenue, they knocked on the door, but nobody answered. The door was unlocked, so they opened it a few inches and introduced themselves, according to an affidavit.

When one of the officers looked in the apartment, he said he saw a very neat and clean room.

Both officers walked into the home, yelling for Linda and asking if anybody was home. Nobody responded, according to an affidavit.

The bedroom door was open and the officers walked in to find Shomberg in a pool of blood on the floor of her apartment, according to an affidavit. She was breathing hard, but was unresponsive. Her hair was soaked with blood.

Shomberg was transported to a hospital, where she was pronounced deceased. Emergency room staff said she had multiple fractures to her face and a brain bleed.

Police said they saw blood splatter on the bedroom wall by the door, on a shoe cabinet and on the bedspread. They also saw Shomberg's seven-day pillbox and noticed pills from the Thursday section were missing.

One of the officers who responded to the welfare check reached out to the woman's daughter — who had called police requesting a welfare check earlier that day — to gather more information. She told police the last person to talk to Shomberg was one of her nephews, who lives out of state. She said she, as well as the rest of her family, hadn't been able to get a hold of Shomberg since the afternoon of Dec. 5. The daughter said she was concerned because her nephew, John Power Swenson, had been staying with Shomberg, and that he was on parole for burglary or robbery and is homeless. She described her nephew as a "meth user," according to the affidavit.

She said the family is afraid of Swenson. When the officer told the daughter that her mother was injured and being transported to a hospital, she said she felt like Swenson did something to her, according to the affidavit.

As officers investigated the scene more, they talked with Shomberg's neighbors. They said they heard about 20 loud thumps from the apartment on Dec. 6. One neighbor told the weekend manager at the apartment complex and after knocking on the door, Swenson answered and said Shomberg was sound asleep. He said he'd heard the thumping too, but thought it was from another unit.

Around 2:35 p.m. that day, the Denver Police Department took Swenson into custody for unrelated charges.

A detective with the Westminster Police Department met with Swenson in an interview room.

During the interview, Swenson said he hadn't seen his grandmother in about a year. Then, he said he had actually stopped by that day to pick up some clothes. He said he didn't recall speaking to anybody that came to his grandmother's door, then backpedaled and said he did remember one or two people who knocked on the door while Shomberg was sleeping, according to the affidavit.

When detectives pressed him, Swenson said he had actually spent the night Thursday into Friday morning at the home and left around 8 a.m. He said they had gotten into an argument about his lifestyle and that "she got mean" and "he did not get angry," according to the affidavit.

At that point, Swenson said he didn't want to talk anymore without an attorney.

The detectives noticed that Swenson's knuckles were swollen and he had small cuts on them. When asked about the injuries, he said he punched the wall while in jail, according to the affidavit.

He is being held at the Denver jail on unrelated charges.