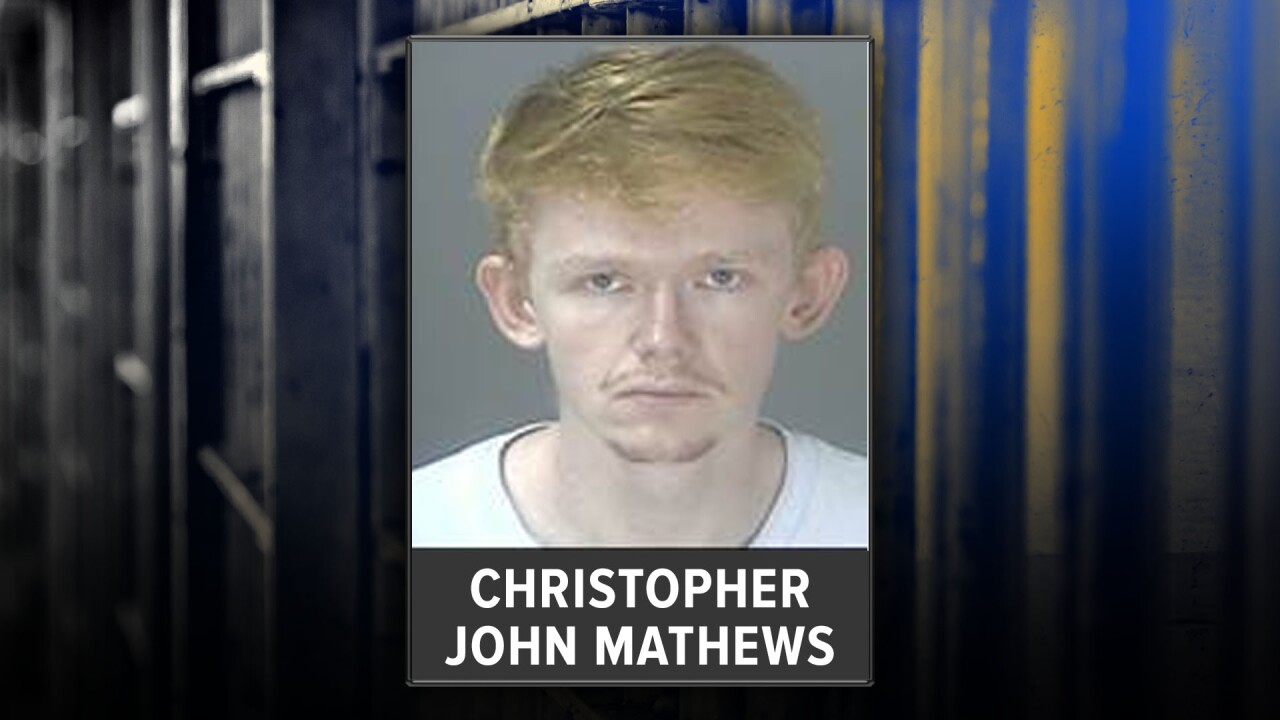 WESTMINSTER, Colo. — A man faces a first-degree murder charge after a 20-year-old was found deceased in a field in Westminster on Aug. 13.

At 6:39 p.m. that day, a driver reported seeing a body in a field along the 3200 block of 84th Avenue. Officers with the Westminster Police Department responded and when they arrived to the area, they found a deceased man in a field, according to the department.

Investigators determined the man had been killed, and ruled the death a homicide.

That man was later identified as 20-year-old Tanner A. Banderet, police said.

For three weeks, detectives worked on the case and talked to dozens of people, police said.

As a result of the investigation, they were able to identify a suspect: Christopher John Matthews, 20.

On Sept. 4, Matthews was taken into custody. He faces a first-degree murder charge, police said.