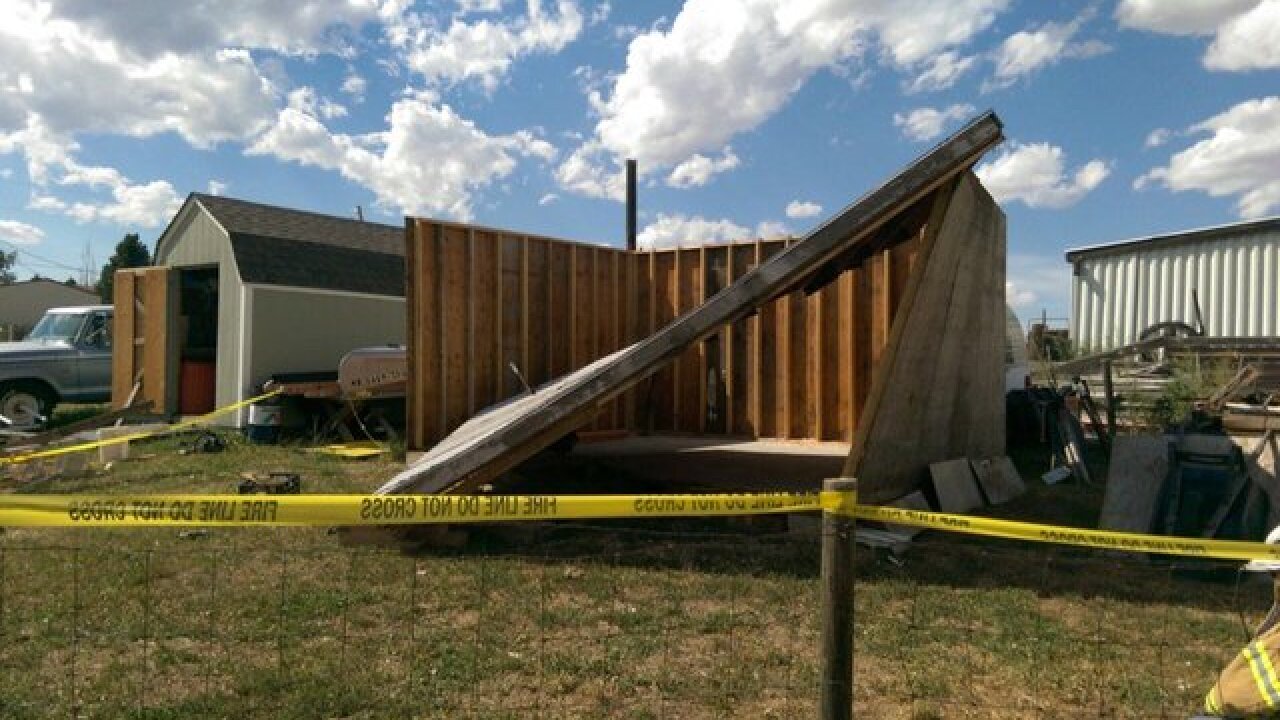 By: Mark Belcher
Posted at 4:28 PM, Aug 16, 2016
ELBERT COUNTY, Colo. -- One person injured in the collapse of a roof on a small storage shed in Elbert County has died, officials said Tuesday.
Authorities rushed two victims to a local hospital after the small shed's roof collapsed Sunday afternoon, rushing one man away via helicopter and a woman away in an ambulance.
Originally listed as having critical injuries, the man succumbed to his injuries Tuesday, but the woman has since been released from the hospital.
The identities of the victims have not yet been released.
Copyright 2016 Scripps Media, Inc. All rights reserved. This material may not be published, broadcast, rewritten, or redistributed.