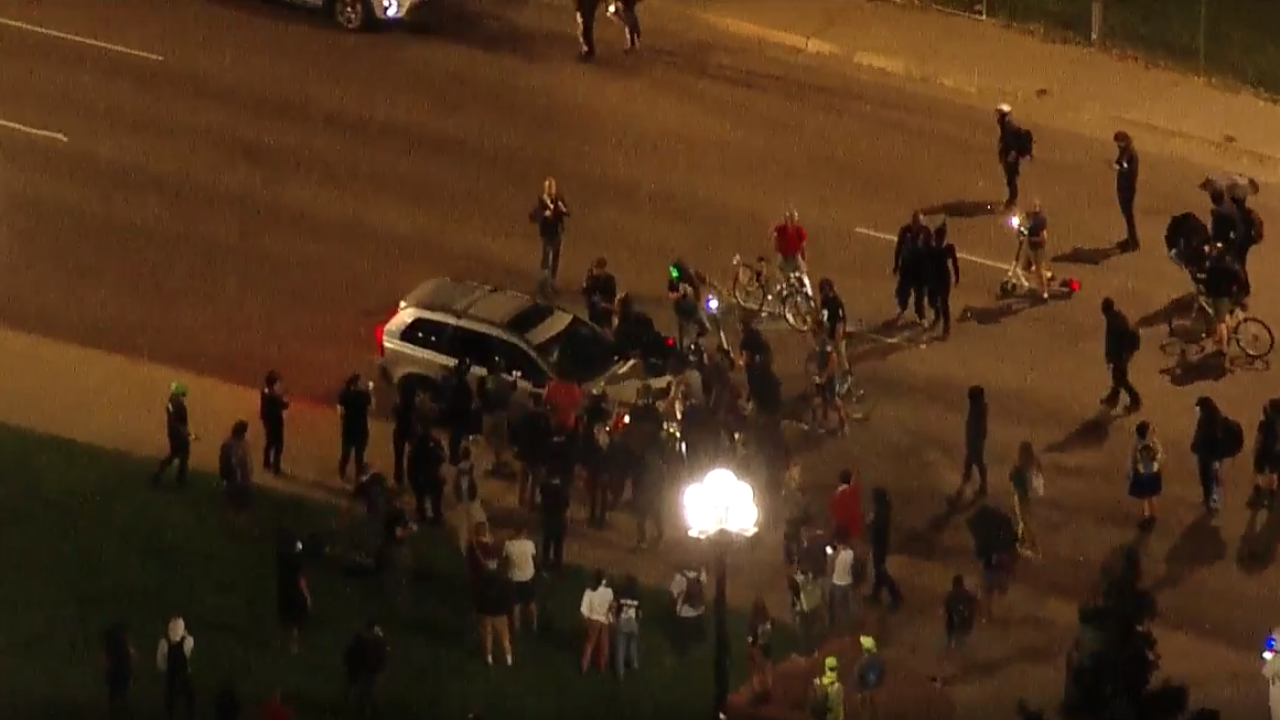 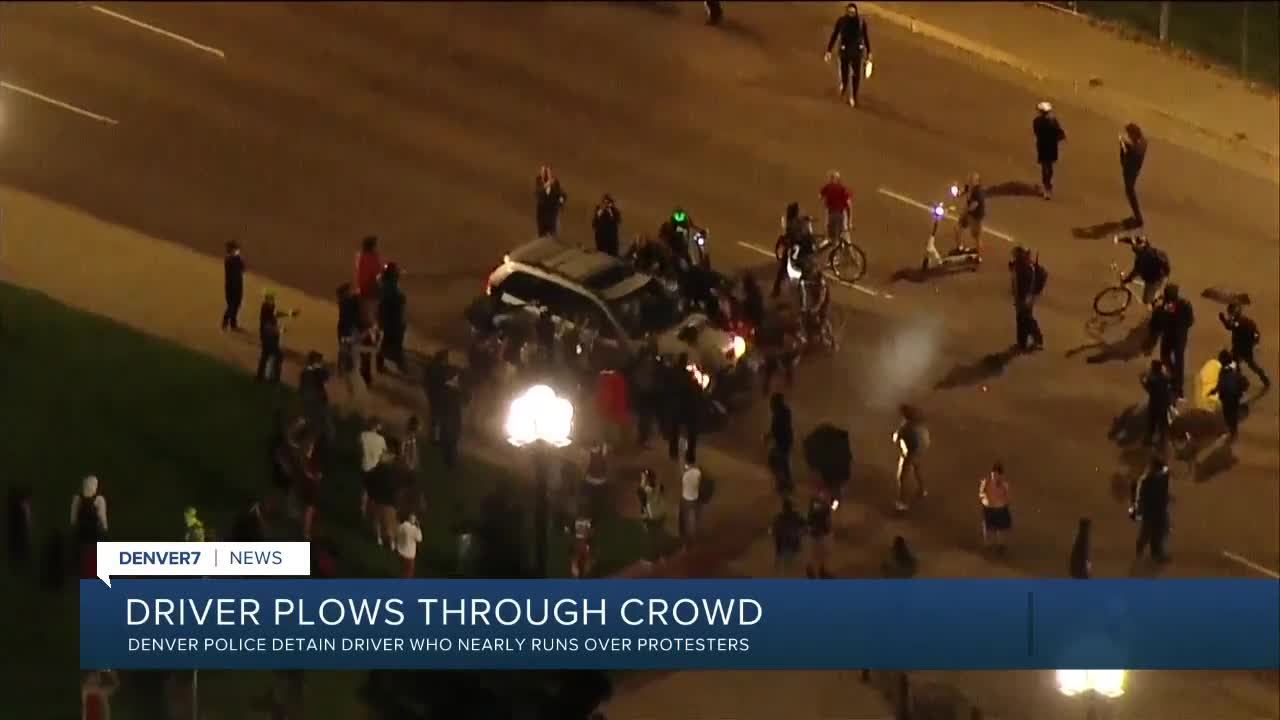 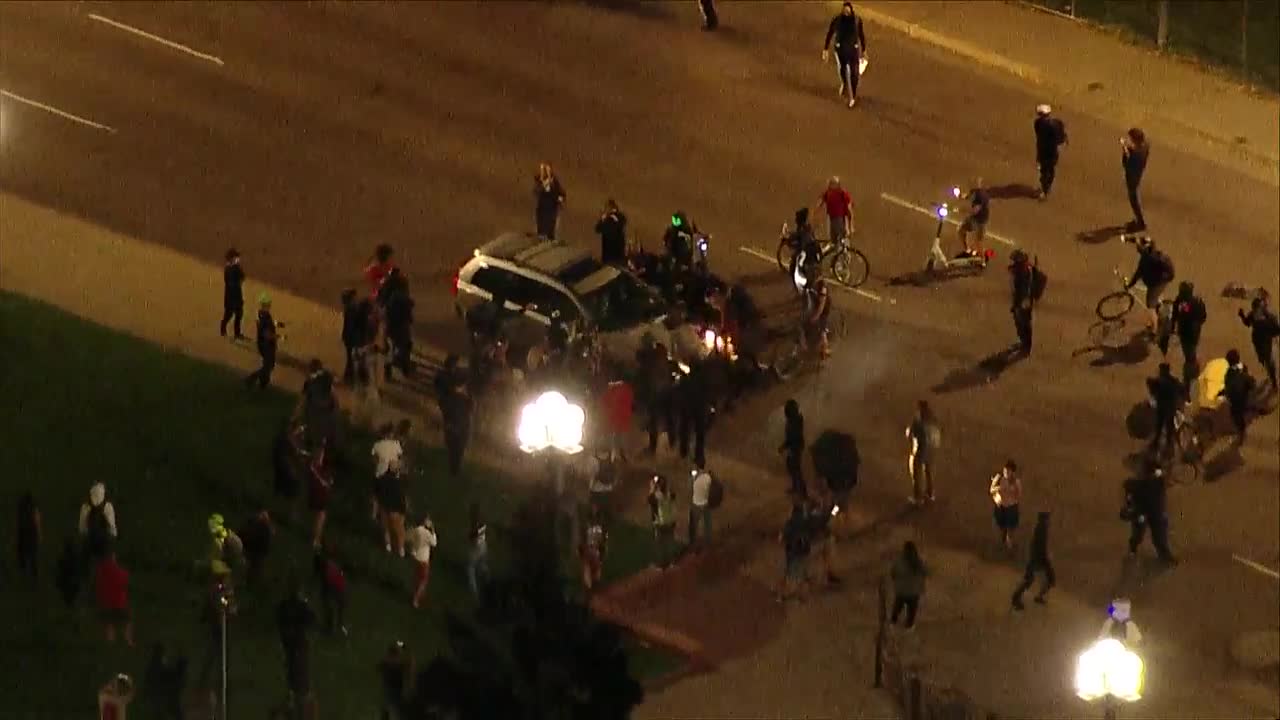 DENVER – A man has been detained after he drove his car through a crowd of protesters calling for justice in the Breonna Taylor case outside the Colorado State Capitol late Wednesday night.

Video from AIRTRACKER7, as well as from reporters on the ground, showed a small crowd of protesters surrounding the parked vehicle and blocking the man's way, at times banging on the hood of the car, before the driver accelerated and drove his vehicle through demonstrators.

Denverite’s Esteban L. Hernandez reported that moments before the driver ran his vehicle over the protesters, the crowd asked the driver to turn around as there were still people on the street. Shelly Bradbury, a reporter with the Denver Post, also captured that moment on video.

Here is when the driver first pulled up to the protesters tonight in Denver, you can hear people urging him to turn around. During the next few minutes, I saw the driver shaking his head in apparent disbelief and using his cell phone, perhaps to take pictures. pic.twitter.com/TSAzfipida

The protester who was hit by the vehicle, who only identified herself as Kate, told Bradbury she was not badly hurt.

The driver was detained by Denver police at the intersection of Colfax Avenue and Broadway seconds after the incident. It’s unclear what charges – if any – the driver will face at this point.

Wednesday’s incident marks the third time this year a driver has encountered a crowd of protesters calling for racial justice.

On May 28, the driver of a black SUV hit a protester after George Floyd demonstrators had blocked off the intersection of Colfax Avenue and Broadway. About two months later, on July 25, the driver of a Jeep drove through I-225 in Aurora while a crowd of Elijah McClain protesters marched along the highway.

Protesters gathered starting at around 6 p.m. and marched peacefully for about two hours before this latest incident occurred. They were protesting the lack of charges against the cops involved in Taylor’s death.