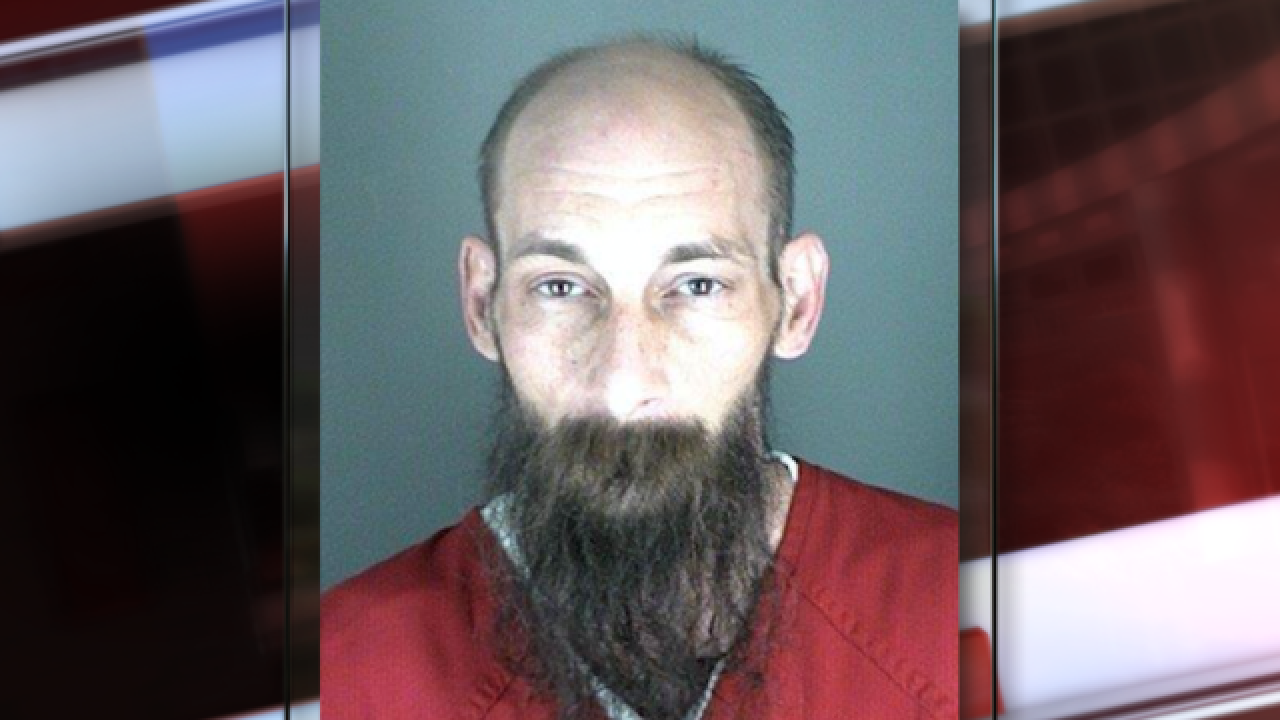 BOULDER, Colo. — A man described by Broomfield Police in a Boulder arrest report as a “person of interest” in the Natalie Bollinger case was arrested Friday on charges unrelated to the girl’s death.

Bollinger’s body was found in Adams County Dec. 29. She had been reported missing days before the discovery. No suspects have been publicly identified, and charges have yet to be filed in the case.

Shawn Schwartz, 42, is custody in the Boulder County Jail on charges of resisting arrest and assaulting a peace officer, according to a Boulder Police arrest affidavit obtained by Denver7 Monday.

Boulder Police became involved with Schwartz Friday after Broomfield Police reached out to Boulder authorities over concerns for the man's mental health.

Schwartz had been posting on Facebook regularly about the young woman's case, but his most recent posts appeared to be threatening self-harm, the Boulder police report noted.

While his connection to the 19-year-old Broomfield girl is unclear, according to court records pulled by Denver7, Bollinger had received a protection order against Schwartz weeks before she went missing.

According to an arrest report, Boulder Police officers were dispatched by Broomfield Police to check on Schwartz after the alleged suicidal threats surfaced on social media.

A Broomfield Police officer advised the responding Boulder officers that the 42-year-old man was considered a “person of interest in a recent missing person/homicide case in Broomfield and Adams County,” the report read.

Boulder officers called Schwartz and met him outside a church where he began to tell them “that he missed his friend Natalie,” and that “he didn’t want to live on the planet anymore.”

After the conversation outside the Boulder church, Schwartz agreed to be taken to Boulder Community Health on a mental health hold, according to the report.

Once inside the hospital, Boulder Police say Schwartz began to argue and scream after hospital security took his cell phone away as part of the admission process. Police were unable to calm him down and advised him that he was being placed under arrest for obstruction, according to the report.

But as officers were attempting to place cuffs on Schwartz, police say he sat up on the bed, screamed and pushed the arresting officer away. Later, he dragged two officers on the ground who were trying to restrain him, the report states.

Schwartz was eventually restrained with the help of hospital security and taken to the Boulder County Jail. He is facing charges of assault on a peace officer, obstructing a peace officer and resisting arrest.

Although the Boulder arrest affidavit describes Bollinger’s death as a homicide and names Schwartz as a person of interest in the case, Adams County investigators have been reluctant to do the same.

Adams County Sheriff Mike McIntosh said last week officials were “pretty convinced” they knew what Bollinger’s cause of death was, though authorities have yet to release that information.

He also said that though investigators have been following up on several leads and have interviewed “a lot” of witnesses, he was “not ready at this point to call anybody a suspect,” including Schwartz, who he called a "piece of our investigation."

The family has also verified a GoFundMe page created on Ted Bollinger’s behalf to raise money for funeral costs.

The sheriff’s office and Broomfield Police Departments, which are handling the investigation, ask anyone with information to contact them at 303-654-1850 or 303-288-1535.