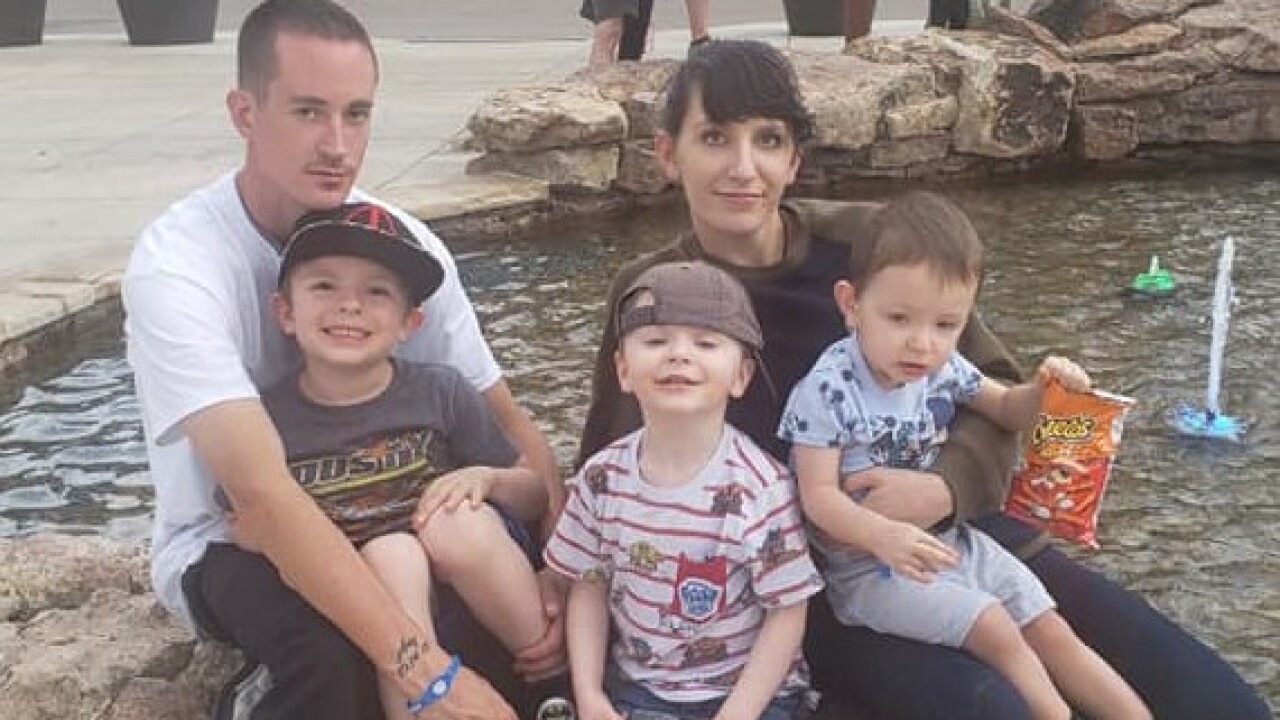 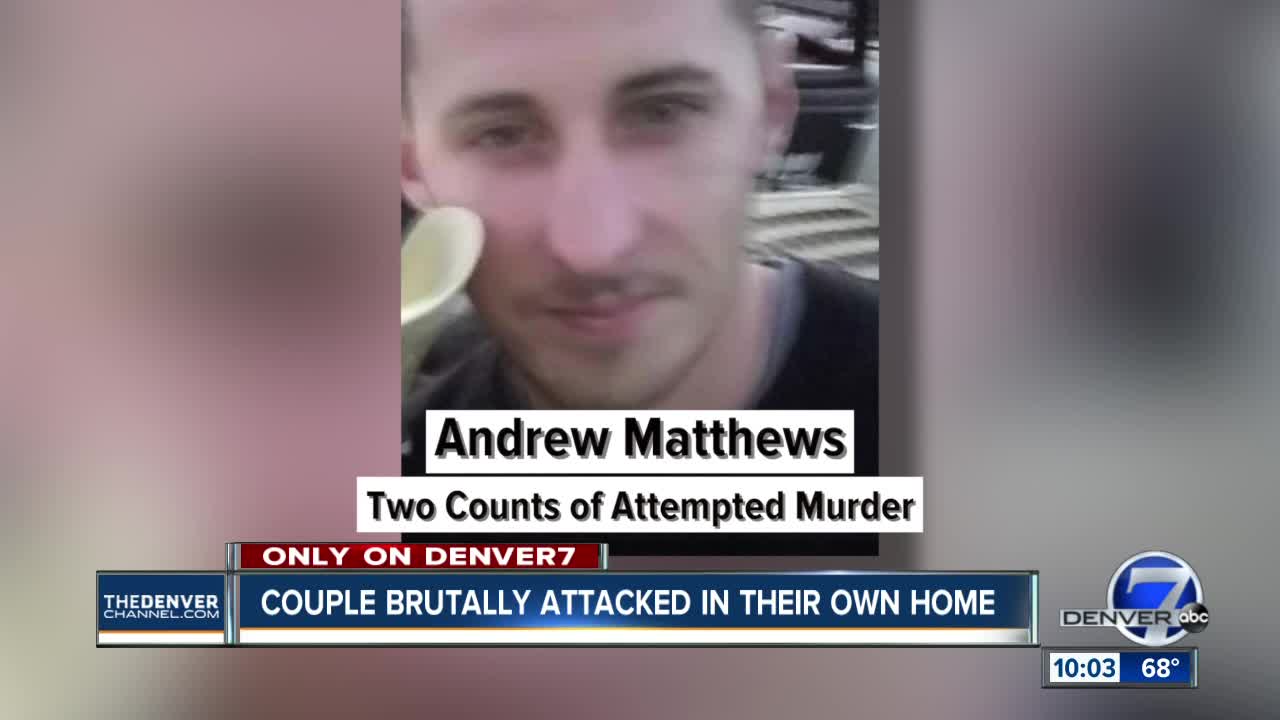 LOVELAND, Colo. — A terrified woman said it only took five seconds for a crazed man to break down her front door and start beating her and her husband with a baseball bat.

"He just started swinging the bat repeatedly. Eventually, I couldn't take any more hits, and I ended up on the floor," Amy Trimble said.

Trimble said Andrew Matthews attacked her and her husband on Sept. 14. He was wearing a white T-shirt over his face. A neighbor heard the attack and threatened to get his gun. She said before Matthews fled, the T-shirt fell off.

"The first blow would have been enough, if he was trying to do anything besides kill somebody," Trimble said.

Matthews was arrested after the incident.

Trimble's husband, Gerald Jaeger, had lived with Matthews after the couple separated.

But Jaeger later moved back with Trimble after the couple patched things up.

According to court documents, Matthews was angry Jaeger had moved out and threatened him before the attack.

Jaeger was unconscious by the time police arrived. He later had brain surgery, where he had six inches of his skull removed and more than 50 stitches. He has months of therapy ahead of him and another brain surgery.

"It's very hard," she said. "My kids don't even know what happened. We had to tell them we were in a car accident just so they were not scared."

Trimble said Matthews was able to bond out of jail. Now, she's terrified to go home and uncertain what the future holds for her husband and their three children.

"A couple of days ago, he didn't know his name — he thought I was mom," she said. "His cognitive skills are coming back. We were doing some physical therapy earlier. He's at a fifth-grade level, which is really difficult because before he could pretty much build a house from top to bottom. He was a contractor."

Trimble has a GoFundMe account to help with medical bills and relocating.