Man arrested on charges of menacing, assault after disturbance at Greeley transient camp 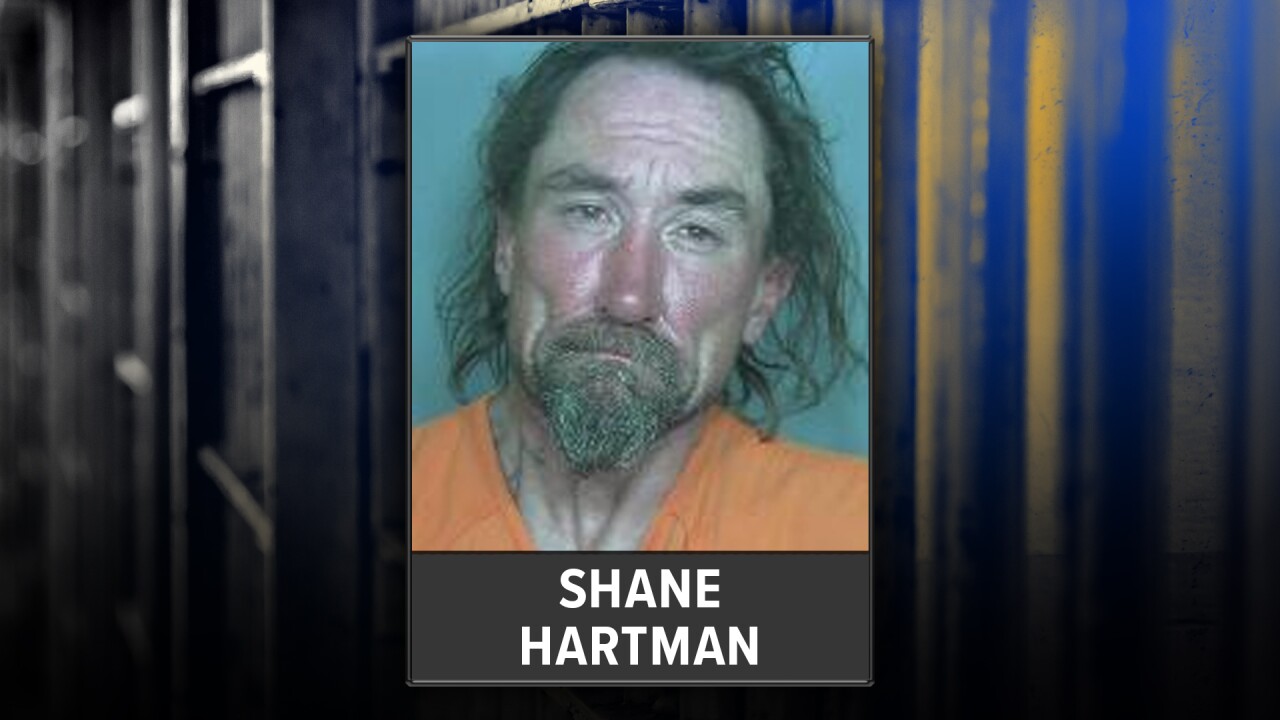 GREELEY, Colo. — A man was arrested after entering a transient camp in Greeley and allegedly threatening to “kill some people” before assaulting a woman at the camp.

On Thursday around 5 p.m., officers with the Greeley Police Department responded to a call regarding a disturbance involving a person with a weapon. Officers were dispatched to a transient camp about 400 meters east of Ash Avenue, along the Cache la Poudre River, according to police.

The person who reported the disturbance told officers that a man had been walking around the camp with a large machete and was threatening people with statements like “I’m coming to get you” and “I’m going to kill some people” while waving the machete toward people.

The man was later identified as Shane Hartman, 48.

Police heard a woman screaming “Stop” and “Get off me” and saw a man, who was later identified as Hartman, on top of a naked woman, who was yelling, according to the police department.

Officers announced themselves, but Hartman allegedly did not follow orders and had to be physically removed, according to police. He resisted and was taken into custody. He was booked into the Weld County jail on multiple charges including menacing, resisting arrest, third-degree assault, unlawful sexual contact and domestic violence.

Hartman has bonded out of jail, according to court documents.