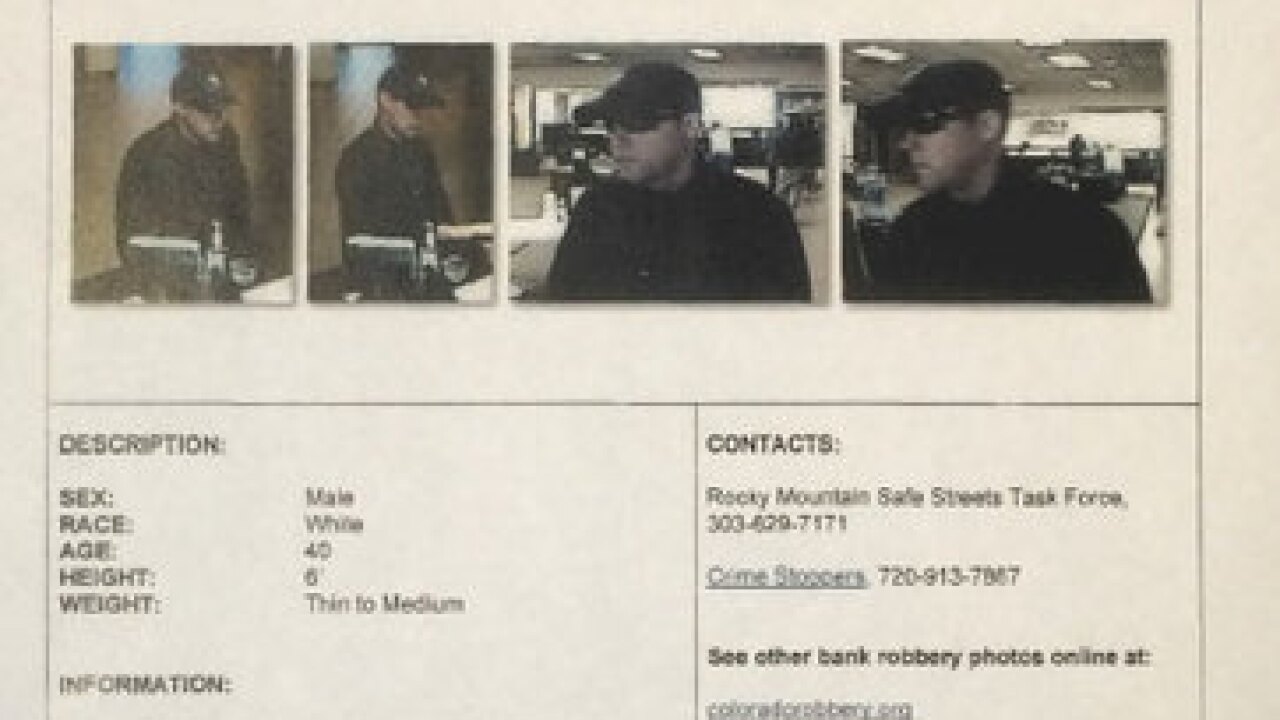 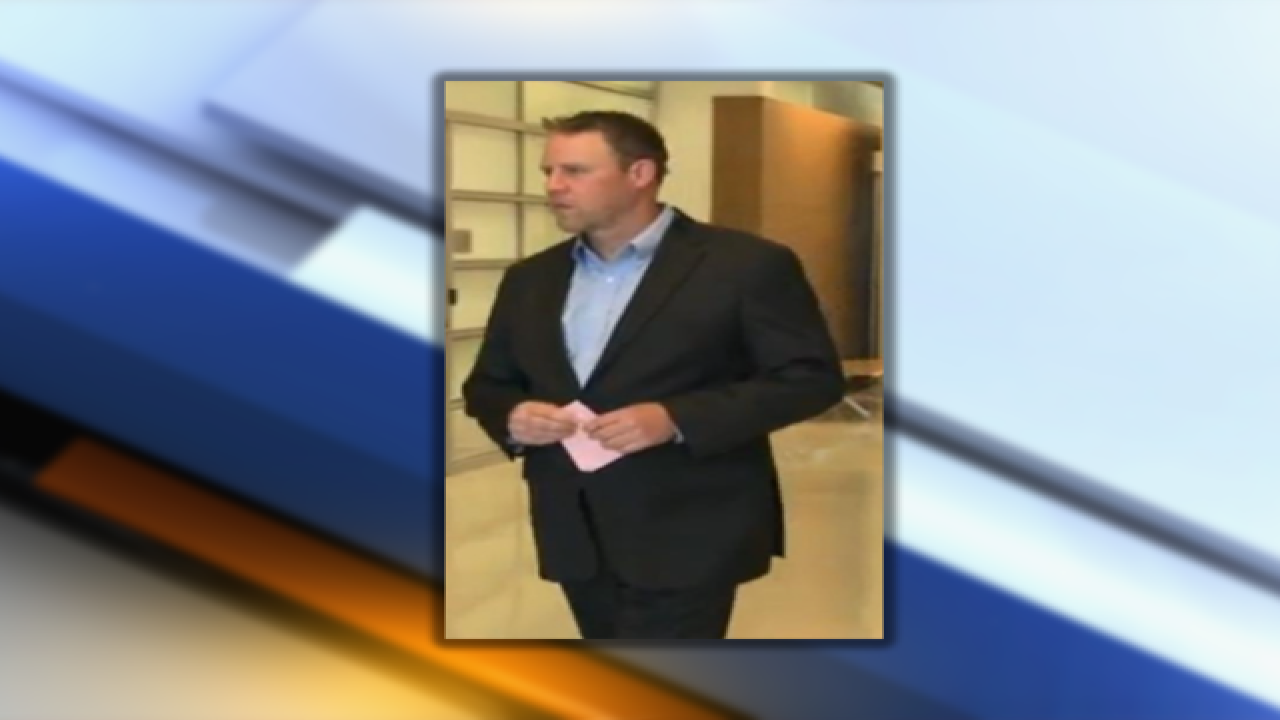 DENVER – A man who says he was falsely arrested, for aggravated bank robbery, and then beaten by police, has filed a $10-million lawsuit against the Denver Police Department and the FBI.

Steven Talley, 46, was arrested Sept. 15, 2014 after police disseminated photos of a robber who had struck two U.S. Bank branches.  One, on May 14, near Colfax and Monaco.  The other, on September 5, near South Colorado and Yale.

An off-duty officer, Michael Ahrens, who was working as a security guard at the bank on Colfax, fell and injured his knees while trying to apprehend the robber.  The lawsuit states that Ahrens required three stitches.

Two tipsters called Crime Stoppers to report that the robber, shown in the photos, was Talley.

Police showed the photos to Talley’s ex-wife and she said it was him.  Talley said his ex-wife had reason to lie, because they were involved in a bitter custody dispute.

The lawsuit states that Det. Jeffrey Hart, in violation of proper identification procedures, pointed to Talley’s photograph while showing an array of photos to the teller at the second bank.

She apparently told police that she was 85 percent sure he was the robber.

The Night of the Arrest

Talley said he still can’t believe how everything went down.

He said he was asleep at home when police showed up to make an arrest.

He told Denver7 that a man showed up at his front door, said he’d hit Talley’s Jeep and asked him to come out and look at the damage.

Talley, clad only in his underwear and t-shirt, walked out toward the Jeep.

“They had flash bang grenades waiting for me that they remote detonated in my face,” he said. “It blew out my ears.”

Talley said that while he was disoriented, members of the SWAT Team rushed up and handcuffed him.

“They told me, ‘so you like to f*** with my brothers in blue?’ and then started beating me.”

He said they kicked and stomped on him and hit him with batons.

But the worst was yet to come.

He said a few minutes later, two officers lifted him up, while he was still handcuffed and then a third officer walked up to within inches of his face.

“He literally spits in my face and says, ‘don’t f*** with the biggest gang in Denver.’ Then he pulled out what appeared to be an extendable baton and used it like in a baseball swing and BAM, just hits me right in the groin.”

The lawsuit describes the injuries:

Charges were filed on September 19, 2014 and were dismissed about 60 days later.

“My fingerprints didn’t match.  My DNA didn’t match.  The DA was told I had an airtight alibi and then all of a sudden, they’re offering me probation,” he said.

Talley said the charges were dropped because police obtained confirmation that he was at work, conversing on the phone, when the first robbery occurred.

He said police were not happy and that several threatened that they would bring future charges against him.

Talley said he was released from jail with the clothing he had on when he was arrested.

“They gave me my underwear back and a bloody tank top,” he said.  “No socks, no shoes, no jacket, no blanket, nothing, to go out in the snow, negative 14 degrees.”

He said police had “enhanced” photographs they claimed would prove Talley was the robber in the second bank heist.

But Talley says the enhanced photos didn’t show the moles he has on his face.

He said the charges were dropped again when the teller, who had seen an earlier photograph of Talley and said she was 85 percent sure that he was the robber, actually saw him in person.

According to the lawsuit, the Federal Bureau of Investigation performed a height analysis which proved the robbery suspect was nearly three inches shorter than Talley.

“I want my life back,” Talley said.  “What they’ve done to me is taken my life and threw me away.”

Talley, who worked for years in financial services, can no longer get a job in that field because of the arrests on his record.

When asked about the $10-million claim for relief, Talley said, “That’s a number, but all I’m really looking for is to get my life back to somewhere where I have stability and the ability to see my kids and I can be a father again.”

Fisher said he believes Denver Police and the FBI honestly thought they had the right guy.

When asked about the second arrest and the way police handled the situation, Fisher replied, “I hope these people were not completely evil.”

This is a developing story. Refresh as the story develops for more information.