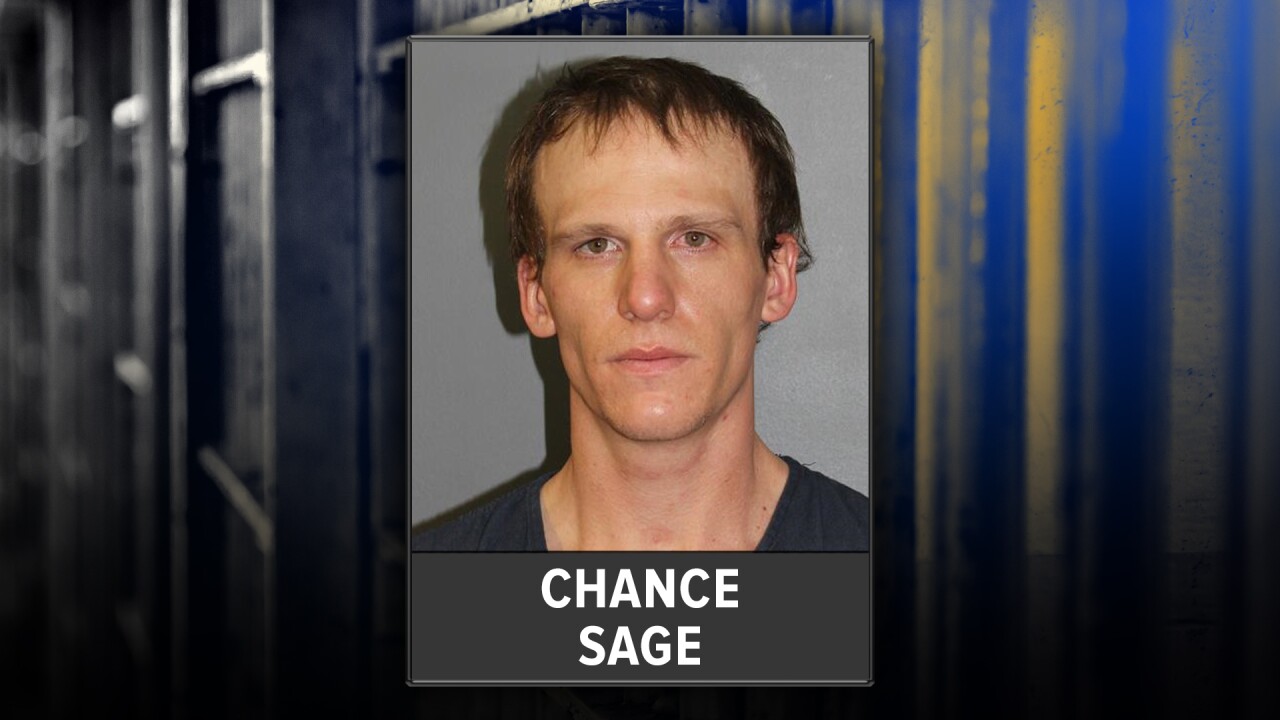 PUEBLO COUNTY, Colo. — A man on a stolen motorcycle was arrested on Monday after a Pueblo County sheriff's bureau chief, in an unmarked vehicle, spotted him "showing off" and popping wheelies on Highway 50, the sheriff's office said.

The driver was later identified as Chance Sage, 24, and the motorcycle was listed as stolen.

Lucero "instinctively turned off the ignition and pulled out the keys before Sage knew what happened," the sheriff's office said.

Lucero called for uniformed deputies to come assist him, as he was in plain clothes. When Lucero asked Sage for identification, Sage gave a false name and was unable to provide any proof that he owned the motorcycle, the sheriff's office said.

When other deputies arrived, they used a fingerprint scanner and learned Sage's real identity. He had three warrants out and the motorcycle had been reported as stolen, the sheriff's office said.

Before the deputies could tell him about the warrants, Sage tried to run away on foot. Deputies caught him and he was taken into custody.

The sheriff's office said he was arrested on charges of motor vehicle theft, criminal impersonation, traffic offenses and the warrants.

He was booked into the Pueblo County Jail.