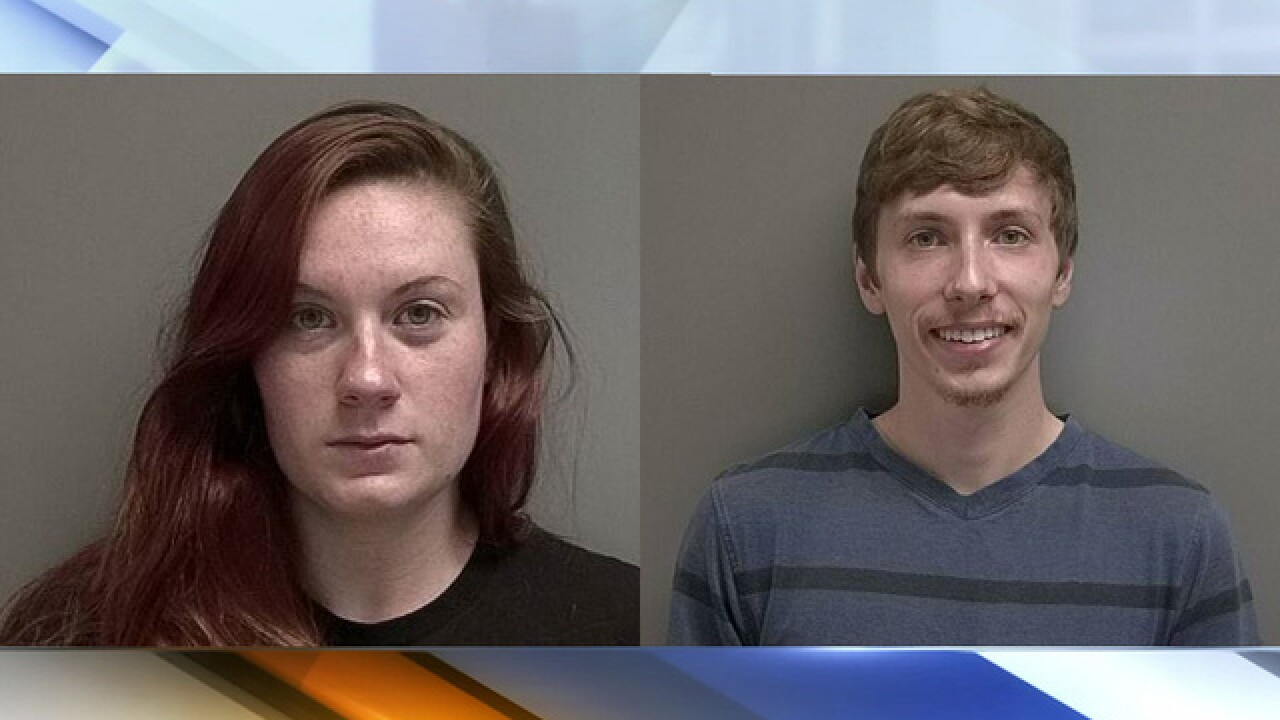 Copyright 2018 Scripps Media, Inc. All rights reserved. This material may not be published, broadcast, rewritten, or redistributed.
Allison Marcus, left, and Richard Miller pleaded guilty to misdemeanor charges in the Lake Christine Fire.

EAGLE COUNTY, Colo. – A man and woman accused of starting the Lake Christine Fire last summer after they shot tracer rounds at a gun range have pleaded guilty to misdemeanor charges in the case in exchange for having their felony charges dropped.

Allison Marcus, 23, and Richard Miller, 24, both from El Jebel, pleaded guilty to second-class misdemeanor charges of firing woods or prairie, according to court records.

In exchange for their guilty plea, prosecutors dropped three counts of fourth-degree felony arson and one count of sixth-degree felony of firing wood during a fire ban. The terms of the plea deal for Marcus and Miller included 45 days in jail, five years of supervised probation, 1,500 hours of useful public service and $200,000 in restitution, according to a news release from the Fifth Judicial District Attorney.

The fire, which broke out northwest of Basalt in Eagle County, burned three homes to the ground. Marcus and Miller turned themselves into the Eagle County Detention Facility about three weeks after the fire started.