Malted milk and tea cups: How Coors made it through 17 years of Prohibition 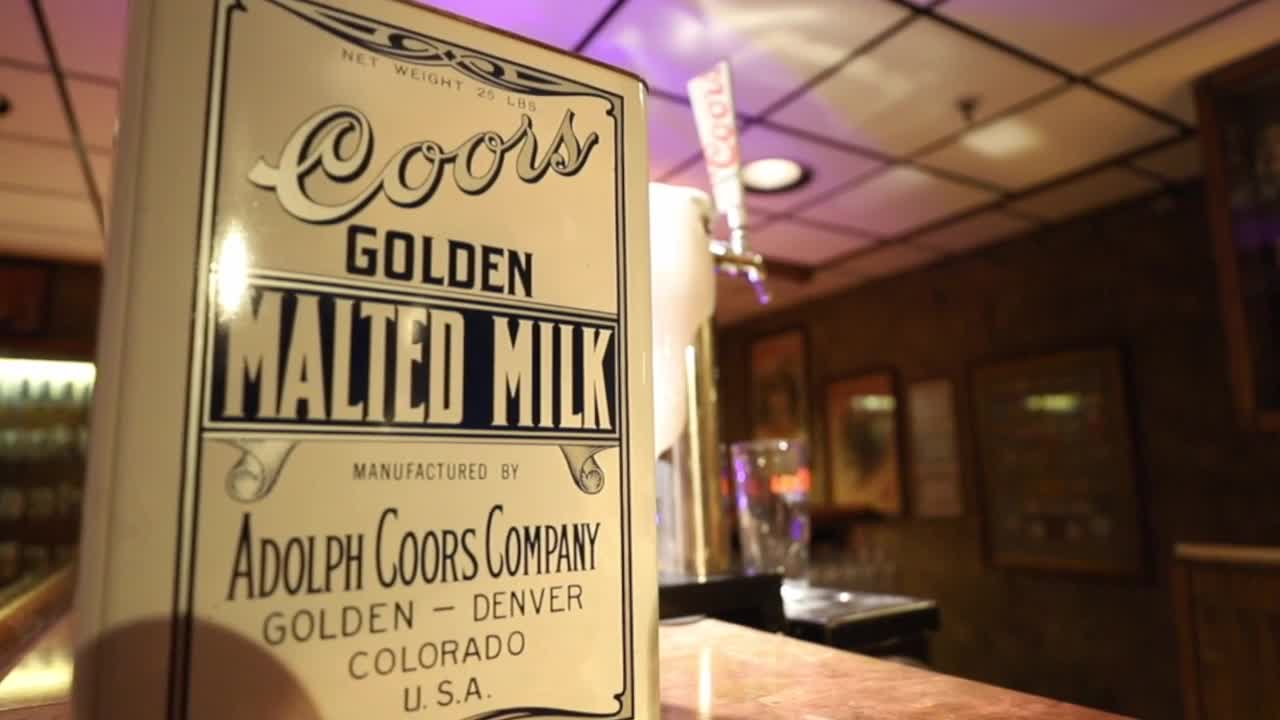 What happens when your beer company can't make beer? Coors turned to porcelain and malted milk. 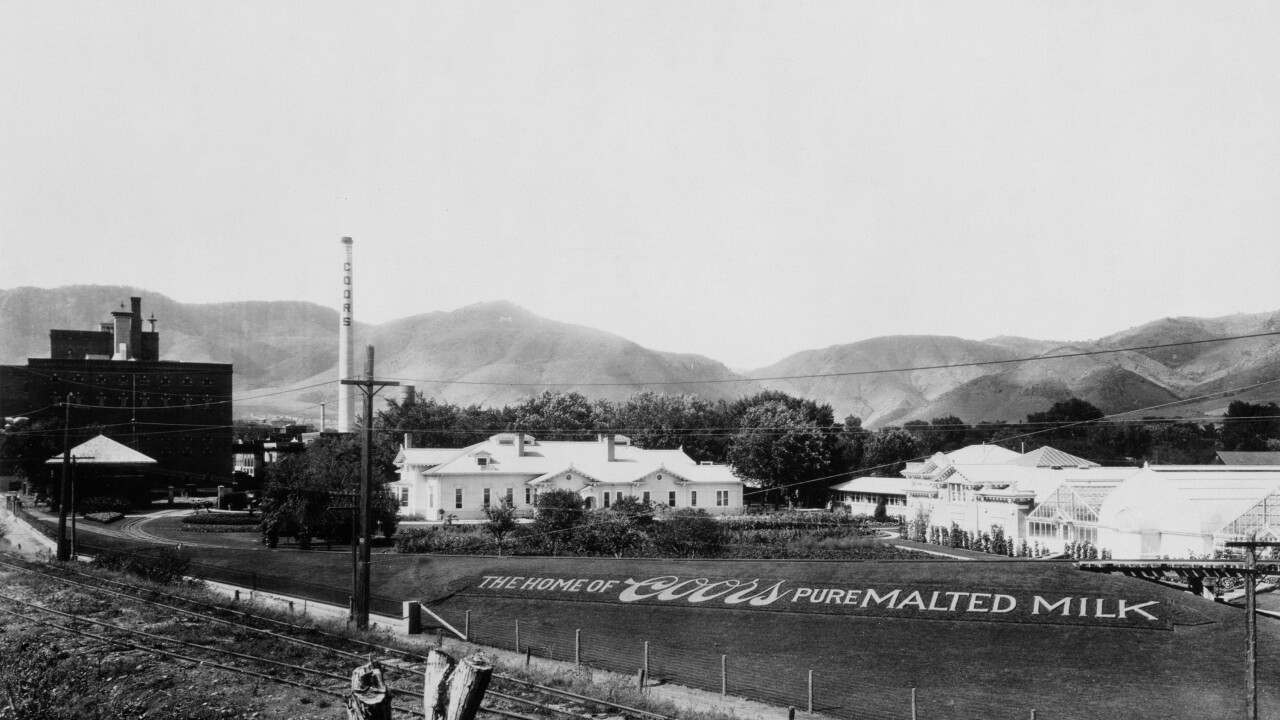 GOLDEN, Colo. – Flowing through the foothills west of Denver, Clear Creek must have made for a sad sight that day in 1915.

Adolph Coors – the Colorado beer magnate who built his company 40 years earlier, on those very waters in Golden — had no choice, the stories go, but to give the order: Dump the beer into the river.

“They had to simply get rid of their product,” Coors archivist Heidi Harris said.

Starting Jan. 1, 1916, Colorado was under Prohibition, a law that banned alcohol across the state. And Coors, overnight, became a brewer who couldn't brew beer.

Instead, his company churned out tea cups and dinnerware and malted milk, finding a way to stay alive as nationwide Prohibition followed in 1920.

Coors himself wouldn't see the end of Prohibition. He died in 1929, at the age of 82. But his Golden brewery, now the largest in the world, survived the era for 17 years, if only barely.

"It was a very hard time for all breweries to just stay afloat. They all had the dream to come over here, brew some good beer and then they were told they can’t brew the beer."

Coors, a German immigrant who founded the beer company in 1873 with Jacob Schueler, had heard rumblings that prohibition was coming, Harris said.

Greeley was already dry, and Fort Collins and Boulder, too.

"There was a build toward statewide prohibition," said Jason Hanson, the creative director at the History Colorado Center in Denver, which has a "Beer Here!" exhibit about Colorado's beer history on display. "Part of that was this perception that there was a public health crisis. The talk at the time was similar to how we talk about the opioid crisis today."

When prohibition was put on the ballot in 1914, Colorado voters passed the measure.

"In Colorado, women had the right to vote," Hanson said. "Many of the societal ills being attributed to alcoholism fell hardest on women and children, so this was a rational response by the progressive reformers of the day."

At the time, there were only six brewers in Colorado. Many had gone out of business after the silver crash of 1893, Hanson said. But the vote still dealt a major economic blow, and even more so when nationwide Prohibition went into effect in 1920.

"To shut that down overnight, it’s roughly equivalent to if we shut down the healthcare economy overnight," Hanson said. "It’s not just the breweries. It’s the bottle makers, the barrel makers."

Adolph Coors had planned ahead. He started the Coors Porcelain Company in 1912, which later became Coors Tek. The Coors company also started producing malted milk, a powder-based product made of malted barley and wheat.

Coors sold the malted milk to Hershey, which used the product in its chocolate, Harris said. Coors also marketed the malted milk as a nutritional drink for young children, the best meal for infants “next to mother’s milk," one advertisement claimed.

Coors, for years an alcoholic drink served in saloons in the mining towns of Colorado, was now a brand of baby food. The pivot, odd as it might sound, was a natural fit.

The company had built most of its beer-making operations on site, including a malt house. The beer production smoothly became the malted milk production, Harris said.

Even the signage outside looked the same: The iconic Coors logo – Adolph Coors' signature – just with a mention of malted milk instead of beer.

Coors also tweaked its beer recipe to remove the alcohol, or most of it anyway. The Coors “near beer” had less than one half of one percent of alcohol by volume, the amount allowable by law.

Breweries like Miller and Anheuser-Busch got by on non-alcoholic beers, too, and sold sodas and ice cream. They were among the survivors. Hundreds of other breweries just died off, including the Zang Beer, the biggest in Colorado. When Prohibition arrived, Zang never brewed again, Hanson said.

Coors and the others bided their time.

In early 1933, newly elected President Franklin D. Roosevelt repealed the Prohibition of beer and wine, and the Prohibition on all liquor was repealed later that year. In the weeks ahead of Prohibition expiring, Coors employees worked around the clock, Hanson said, loading up one train after another with cases of fresh beer.

Just after midnight on April 7, 1933, the trains left the yard in Golden and the trucks hit the road. Beer was back, and so was Coors.

The company soon expanded its distribution to 11 states, when before its footprint was mostly in Colorado. The growth was spurred by a few factors, including a high demand for the product, Hanson said. Coors and the other surviving brewers also faced less competition.

Before prohibition. there were 669 breweries across the country, according to the Brewers Association. That number was cut in half, dropping to 331, by the time alcohol became legal again.

"One thing prohibition did was clear the field," Hanson said.

Coors' production grew to one million barrels per year by 1955, and the company introduced the first all-aluminum can in 1959. Coors actually kept making malted milk into the 1950s, decades after it kept the company afloat during Prohibition.

Then, one day on a whim, Harris said, the company brought the malted milk production to a halt.

"They said, 'We're a beer company,'" Harris said. "They just stopped production and a lot of workers in the brewery didn't even realize they were still making malted milk."