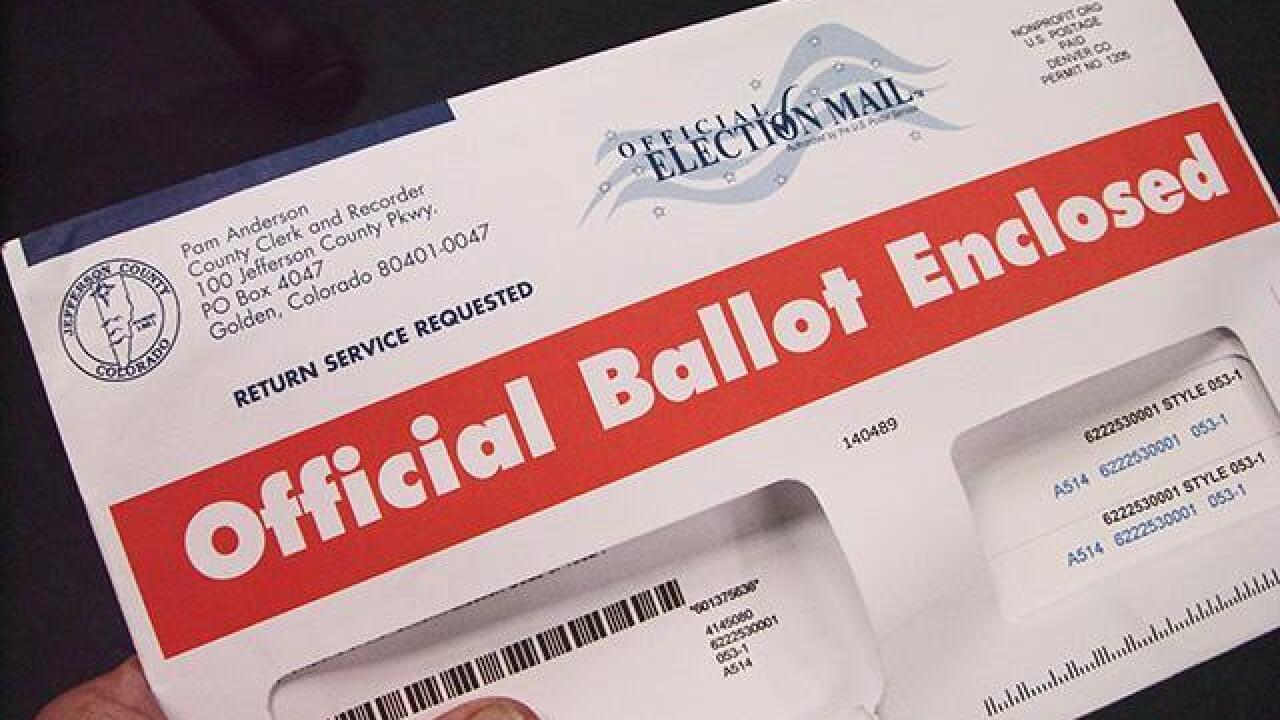 Election Day is three weeks away, but you could start voting as soon as Tuesday.

Ballots for the June 28 primary were put in the mail today in many Colorado counties. The election is mail-in only and your county clerk must receive your ballot on or by June 28.

It's #OpeningDay of Primary #Election season! #Ballots are on the way to affiliated #voters . Don't strike out. Vote! pic.twitter.com/iQQVTry0yD

Many offices have one candidate or no candidates running, but there are a couple of high profile races.

The biggest race for Republicans is the statewide race for U.S. Senate to take on Sen. Michael Bennet in November.

El Paso County Commissioner Darryl Glenn is the first name because he won his spot on the ballot at the State Republican Convention in April.

The other four candidates collected signatures and petitioned their way onto the ballot. The order of how they appear below Glenn was determined by a random draw. Only former Colorado State University Athletic Director Jack Graham had his signatures certified directly from the Secretary of State. The other three candidates, former State Rep. Jon Keyser, Colorado Springs businessman Robert Blaha and former Aurora City Councilman Ryan Frazier, had to go to court to fight to have their signatures validated.

The ballot order is as follows:

Keyser's name appears with an extra bit of information. In parenthesis below his name is the following statement:

(Signed declaration to limit service to no more than 2 terms)

In 1998, Colorado voters barely passed a Constitutional Amendment allowing politicians to voluntarily sign a pledge to limit the number of terms they would serve in office. The declaration is non-binding. In fact, former Congressman Tom Tancredo pledged to serve three terms in Washington, D.C., but instead was elected five times.

For Democrats, the highest profile race is the District Attorney primary in Denver.

Unaffiliated candidate Helen Morgan, a prosecutor with the District Attorney's office, is collecting signatures to petition onto the November ballot. There is no Republican running in November.