Former Army sergeant wrote 5 journals while deployed in Iraq, and a thief stole his final one 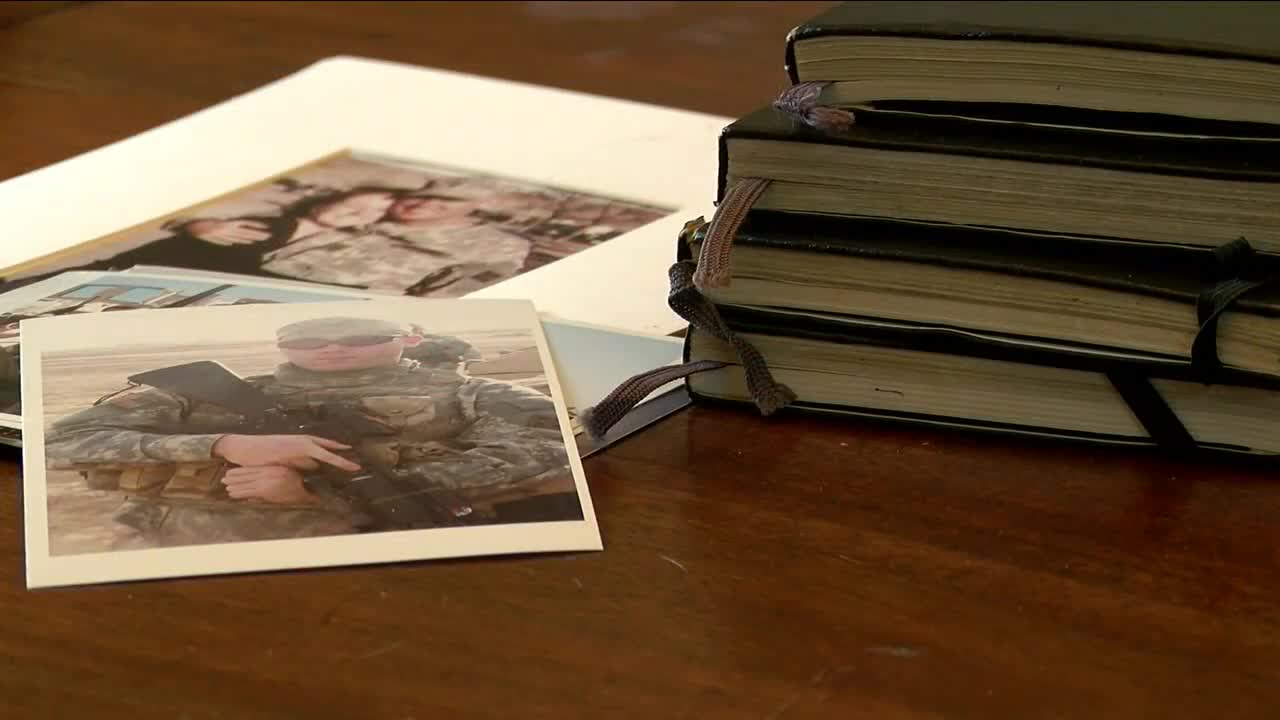 LOVELAND, Colo. — For many people, journals hold the most intimate of thoughts and help keep memories alive. One Loveland veteran had all of that taken away in an instant after a thief broke into his car and stole one of his journals he used while in the military.

William Osborne is a former Army sergeant and was deployed in Iraq. During his time there, he said he started writing in journals to remember that moment in time.

"I put the facts of our day-to-day (in the journal), but I could still feel what was making me angry, what was making me scared and kind of even see the changes I went through from wanting to help the people over there to just get home," Osborne said.

His five journals from his time in the Army tell part of his life's story.

"In those pages is about my only connection to a lot of the stuff that happened while I was deployed," he said.

Twelve years after living it, he started re-reading chapters to piece together what he can't remember.

"I suffer from what the VA calls cognitive displacement, which kind of affects my memory a little bit," he said.

So when someone broke into his truck and took his fifth and final journal, a part of Osborne's life was stolen.

"They could have taken the whole truck, and it wouldn't have bothered me as much as that," he said.

Because in that final book are moments he's afraid he'll forget.

"In it, one of my friends had just joined the unit, and after we came home, he took his life, so that was our last little bit of knowing each other and what we went through," Osborne said.

Now, he's desperately hoping a reward can convince the thief to do the right thing. He said he has put up posters around his home, offering $200 to anybody who returns the journal.