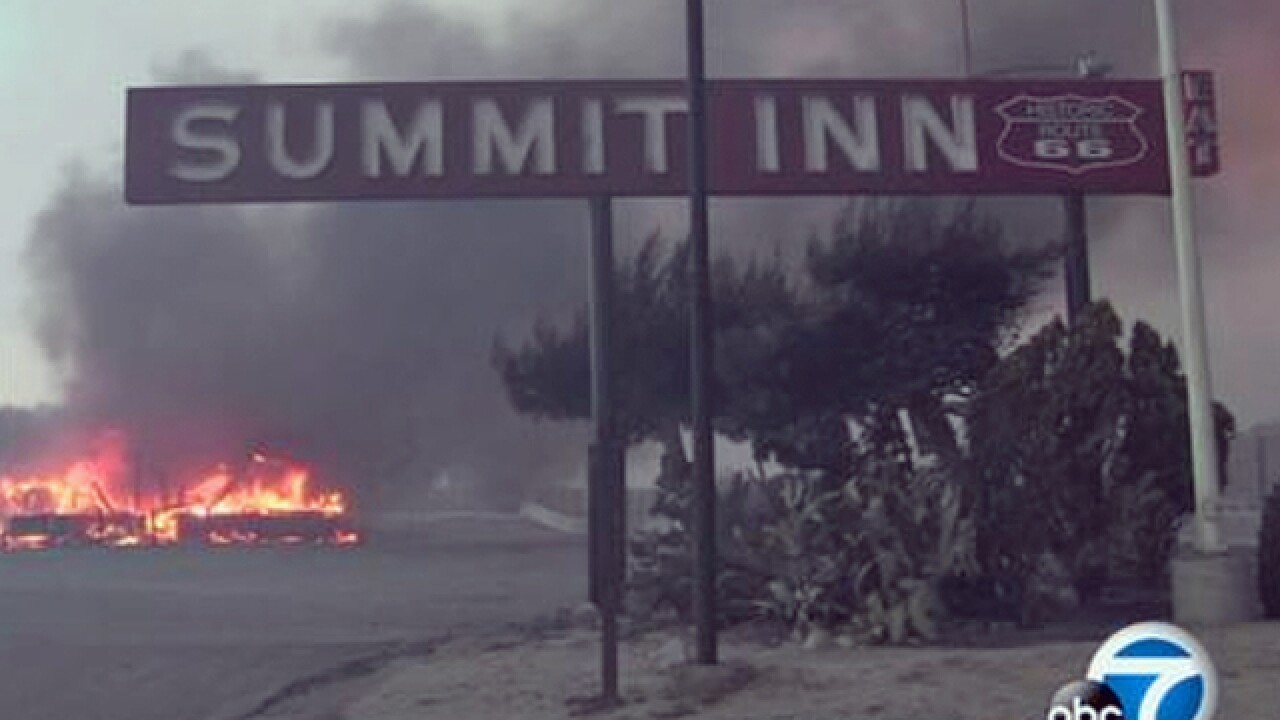 LOS ANGELES - A fire ravaging parts of eastern Los Angeles has claimed at least a dozen buildings including a historic Route 66 diner near Interstate 15: The Summit Inn. Countless big rigs were parked along both sides of the highway on Wednesday, waiting for it to reopen.

According to KABC, the diner opened in 1952 and was a hangout for celebrities, including Elvis Presley, who reportedly learned his records weren't in the jukebox and walked out without eating.

The fire has blackened more than 49 square miles and was just 4 percent contained since erupting Tuesday in hot, gusty conditions and spreading with extraordinary speed. At its height, more than 34,000 homes and some 82,000 residents were under evacuation warnings.