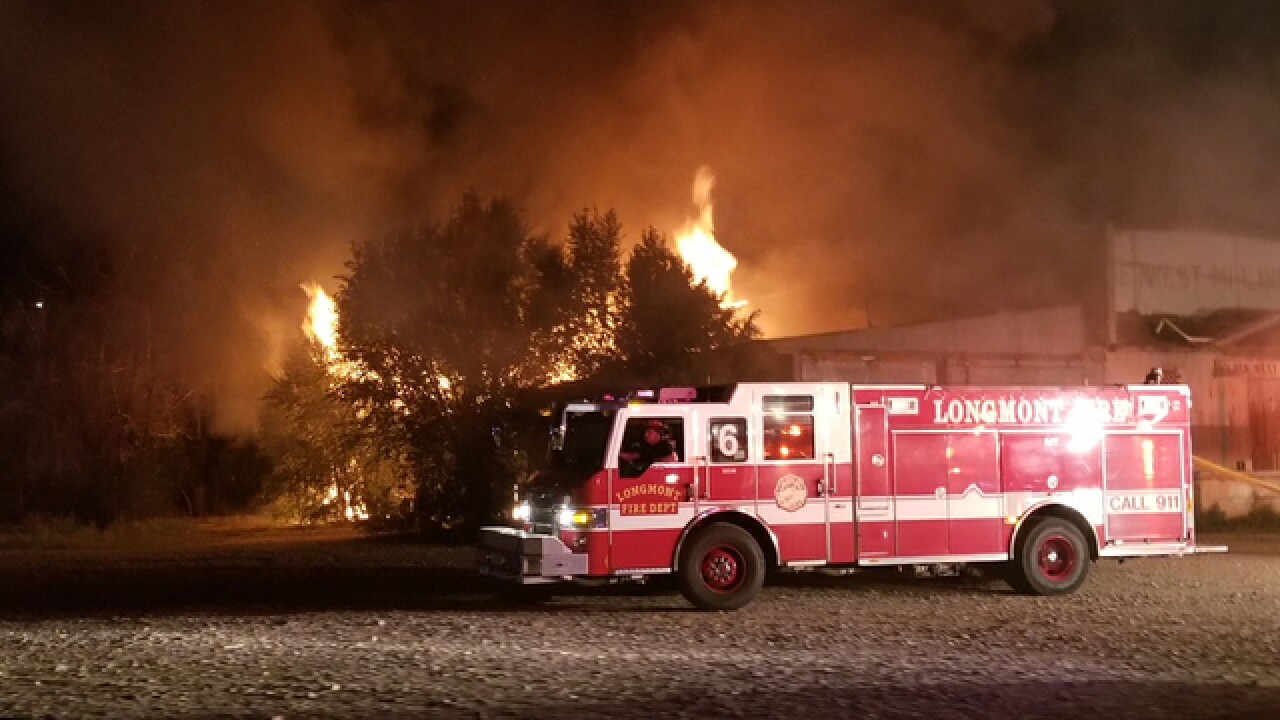 LONGMONT, Colo. — A storage facility that had been intentionally set on fire in 2009 erupted in flames early Tuesday.

The Longmont Fire Department responded to a call of a large structure fire at 1st Avenue and Terry Street, said Molly Cropp, spokesperson with the department. The fire department originally reported it was an abandoned building, but at 9:30 a.m. said it was actually being used for storage and to grow hemp.

The building is on the property of the former Golden West Milling Company.

The department was on scene and fighting the fire by 1 a.m.

In addition to the Longmont Fire Department, the Mountain View Fire Department, Longmont Police Department and American Medical Response (AMR) responded to the scene. In total, more than 25 fire personnel worked overnight to quiet the blaze.

The fire started on the outside of the building and worked its way inside.

Cropp said the fire was most likely started from a campfire.

The mill closed in 1979. In 2009, two teens were charged in connection to setting it on fire, which destroyed the vacant mill.