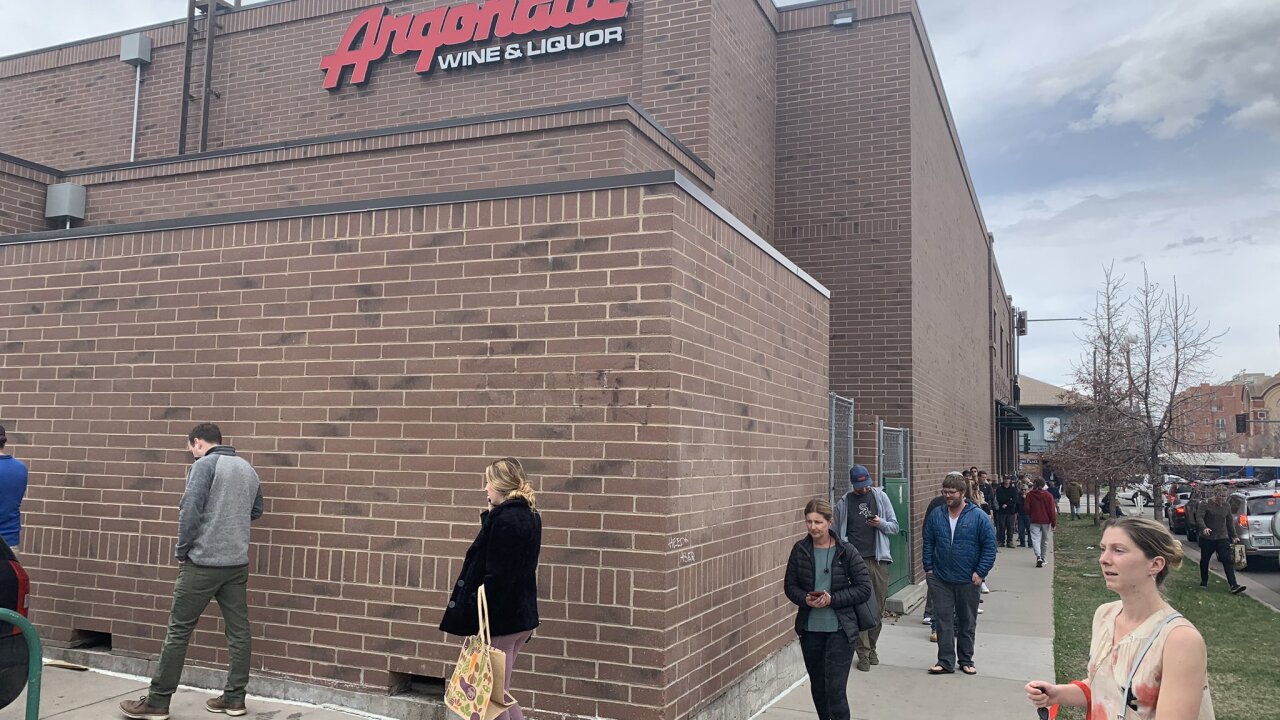 The line at Argonaut Wine &amp; Liquor on Monday afternoon.

DENVER – There was a run on Denver liquor stores and recreational marijuana shops Monday afternoon after Mayor Michael Hancock announced a stay-at-home order that goes into effect 5 p.m. Tuesday and which did not initially exempt the two types of businesses.

However, shortly before 5 p.m. Monday, the city announced several changes to the order, which will now allow liquor stores and all marijuana stores to stay open "with extreme physical distancing."

"This is an evolving situation and guidance will continue to be refined to ensure that all physical distancing measures are having the desired impact," the city tweeted.

Grocery stores were also exempt and would have been able to sell beer and liquor under the order regardless.

Liquor and marijuana stores are slammed after Mayor Hancock’s decision to close them down as of Tuesday at 5:00 PM. #COVIDー19 @DenverChannel pic.twitter.com/RJU7bAFLm3

Hancock made clear the city would enforce the order — which carries a civil penalty up to $999, per violation — if necessary.

"This isn't a recommendation anymore," Hancock said. "People need to stay at home ... we will enforce when and where necessary."

The Denver order does not apply to any other cities in the metro area, though Gov. Jared Polis said Monday he was "strongly in support" of local municipalities taking action. Similar shelter-in-place orders have been issued in the high country, in San Miguel, Gunnison, Eagle and Summit counties.

By Monday evening, city of Boulder officials also said they would be issuing a stay-at-home order for their residents. The order goes into effect Tuesday at 5 p.m. and runs through April 10. The order, just like Denver's, may also be extended as needed.

"Voluntary measures are not enough, and we must enact a stay at home order for everything but the most essential activities if we are to flatten the curve and stop the social spread of COVID-19," Boulder official said in a statement.