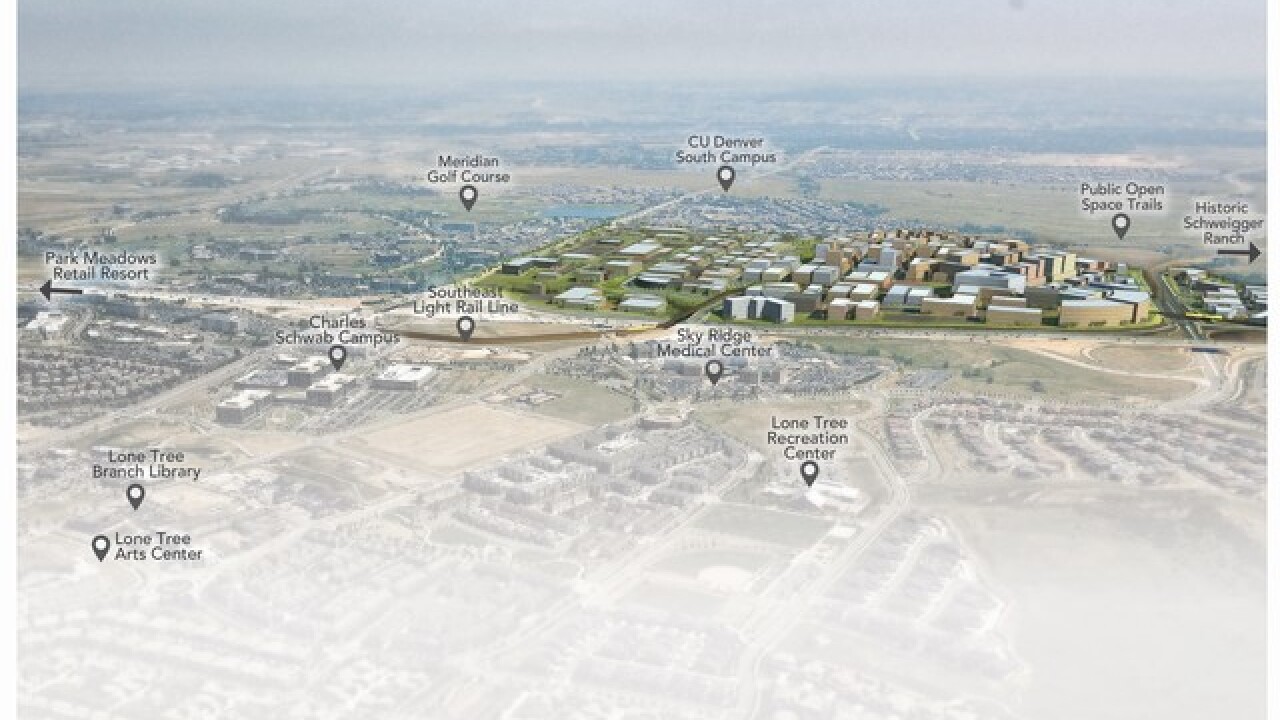 RidgeGate
<p>Plans for the 400-acre Lone Tree City Center at RidgeGate call for a walkable and bikeable "urban center" that developers say could eventually support up to 50,000 new jobs.</p>

LONE TREE, Colo. -- The Lone Tree City Council has signed off on a series of planning documents that pave the way for the next phase of the large-scale RidgeGate development along I-25.

The new development site is directly across the interstate from the existing RidgeGate West Village at I-25 and Lincoln Avenue, which is home to the Charles Schwab corporate campus, Lone Tree Arts Center and Sky Ridge Medical Center. The site sits along RTD's under-construction E and F rail line extension.

The council approved sub-area plans for two new sections of the development: Lone Tree City Center and the East Villages.

Plans for the 400-acre Lone Tree City Center call for a walkable and bikeable "urban center" that developers say could eventually support up to 50,000 new jobs.

The 1,800-acre East Villages would be more neighborhood-oriented with lots of park space and the potential for as many as 10,000 homes, which could more than double the city's estimated population of over 13,000.

The developer also has set aside 145 acres for city buildings and public schools.

When it's finished -- and that likely won't be for a few decades -- the entire RidgeGate development will span more than 3,500 acres on both sides of I-25.