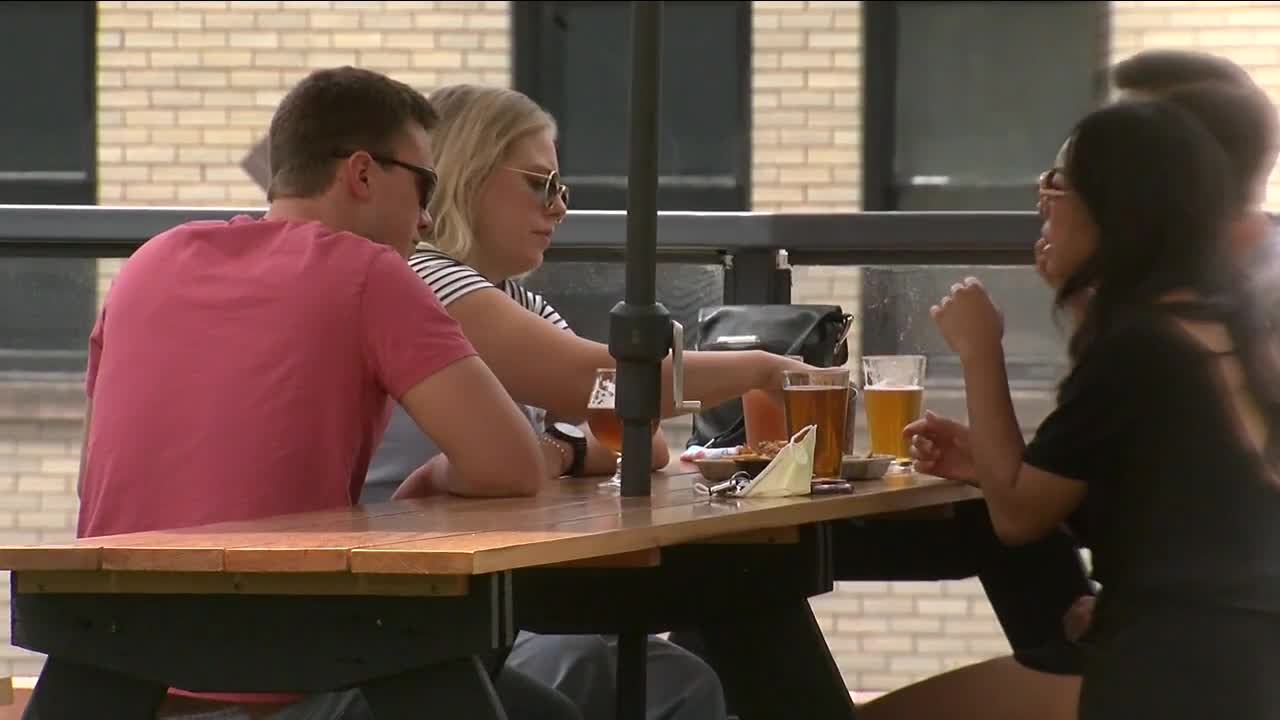 DENVER -- The boys of late summer are back. It’s Opening Day for the Colorado Rockies.

The return of baseball could be a home run for downtown restaurants.

“It’s great to see sports are back,” said Rodolzo Lewis, doorman and security with Hayter’s and Tap Fourteen in LoDo. “We will have the game on every TV.”

Even though fans won’t be in the stands, businesses are hoping they stop in for a beer, a bite and the game.

"It’s great to be down here,” said baseball fan Bryan Pierre, who was sporting a Texas Rangers jersey, the Rockies Opening Day opponent. “But it still feels a little alien to me."

Pierre and others have waited months for this moment.

"It's good to be back and to be out. It’s America's pastime," Pierre said.

“I’m excited,” said Rockies fan Ronn Rodriguez. “At least something will be on TV now. No more reruns."

LoDo bars and restaurants like Tap Fourteen are pulling out all the stops to keep fans and diners healthy and safe.

"We follow all the precautions,” Lewis said. “Take temperatures at the door, check ID’s, space the tables out and keep plenty of hand sanitizers around and things like that. We just want people to be comfortable and feel safe."

“The return of baseball is historically a huge day for restaurants, especially in the Denver-area, but I would say, really all over the state," said Sonia Riggs, spokeswoman for the Colorado Restaurant Association. “We're very lucky that Colorado has such great weather and that it’s conducive for people to do outdoor dining."

And with the NBA, NHL and NFL all set to launch and relaunch in August and September, the return of sports could be the lifeline restaurants so desperately need right now.

“A lot of people - families and other traditions - they look forward to this day,” Lewis said. “It's not the same, but nonetheless - it's better than nothing."

"As long as the Rockies are winning," Rodriguez said.

There is still a lot of uncertainty and concern about the new 10 p.m. Last Call Order issued by the governor this week. It takes effect tonight and many bar managers expressed concern Friday that it could kill their bottom line.

Riggs said her association is working day and night with state officials to come up with best practices.