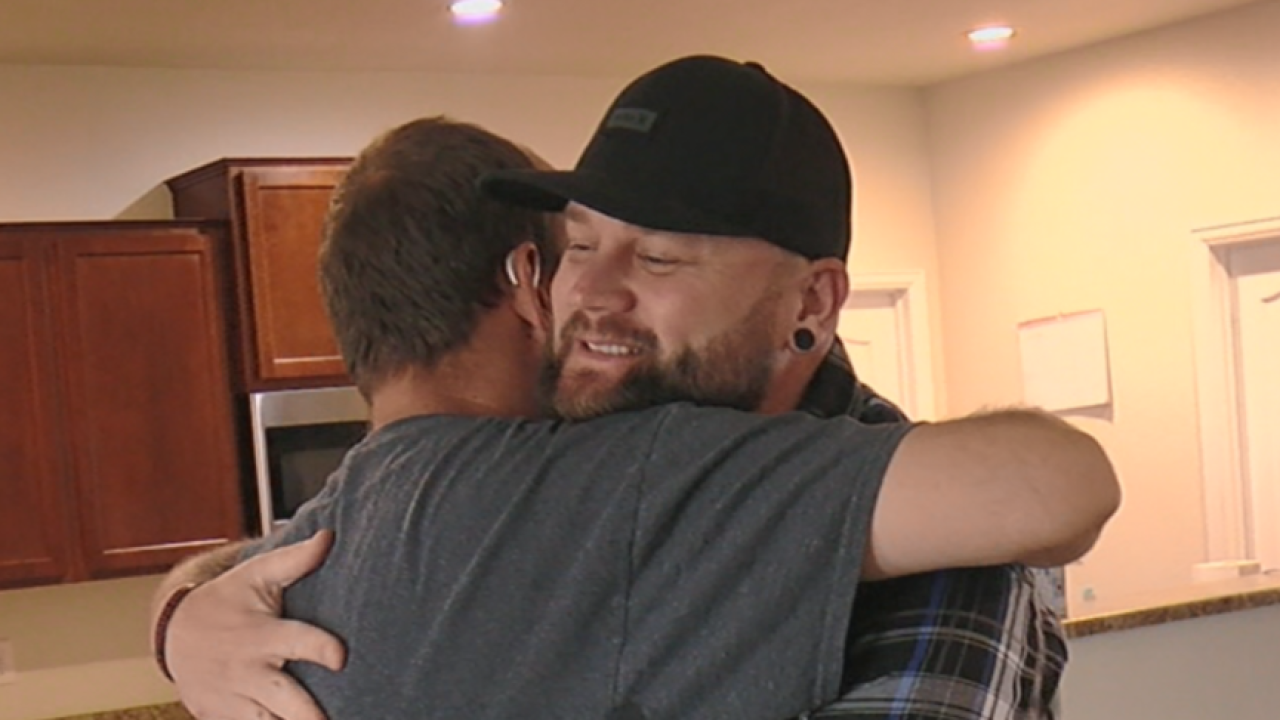 Salzer has a genetic condition called Alport Syndrome. It was passed down from his mother and he passed it along to his two little girls.

"I hope they don’t have it as bad as I do and if they do, when they get to my age, (that) they found something to treat it," Salzer said.

The condition has caused the 35-year-old father to lose his hearing and has dropped his kidney function to dangerously low levels.

He remains on dialysis and was recently placed on the transplant list after a difficult process.

"We found out we got denied. We found out we didn’t have enough money in the bank to qualify. They didn’t tell us how much that was. So we had to fundraise," says Salzer's fianceé, Courtney Keefer.

With the help of donors he was on the list by February, but would have to wait up to seven years for a donor — time he may not have. So, Salzer’s family decided to be proactive by putting calls to action on their cars.

Mike Smith was at a King Soopers' parking lot when he saw Salzer’s mom's car. The back of the car read, "MY SON BEN NEEDS A KIDNEY TRANSPLANT."

"I’m thinking maybe I should take a picture of this and post it to my social media because maybe my friends can share it and he’ll have another opportunity that he wouldn’t of had if someone had seen the car driving down the street," Smith explained.

Smith and Salzer were total strangers at the time of the post. Since June 16, that post has been shared thousands of times.

"All of a sudden my phone just starts going crazy and I’m like, 'What is going on?'" Smith said after the post began picking up traction.

Salzer says since the post went viral, they’ve had countless people reaching out, willing to donate not just money, but a kidney he so desperately needs.

"It’s what we were hoping for. You kind of lose hope after so long," Salzer said.

Two strangers, linked only through a post, meeting for the first time. First with a handshake, and then a hug.

"I really appreciate what you did," Salzer said to Smith.

They haven’t found a match yet but the odds just got a whole lot better for a grateful father.

"The fact it was a random stranger and there are still people in the world that do that kind of stuff is amazing. You don’t find that every day anymore," Salzer said of Smith's kindness.

Salzer does have a friend of the family willing to donate his kidney. They will know if he’s a match in early August but the chances to find a match are smaller than you might think.