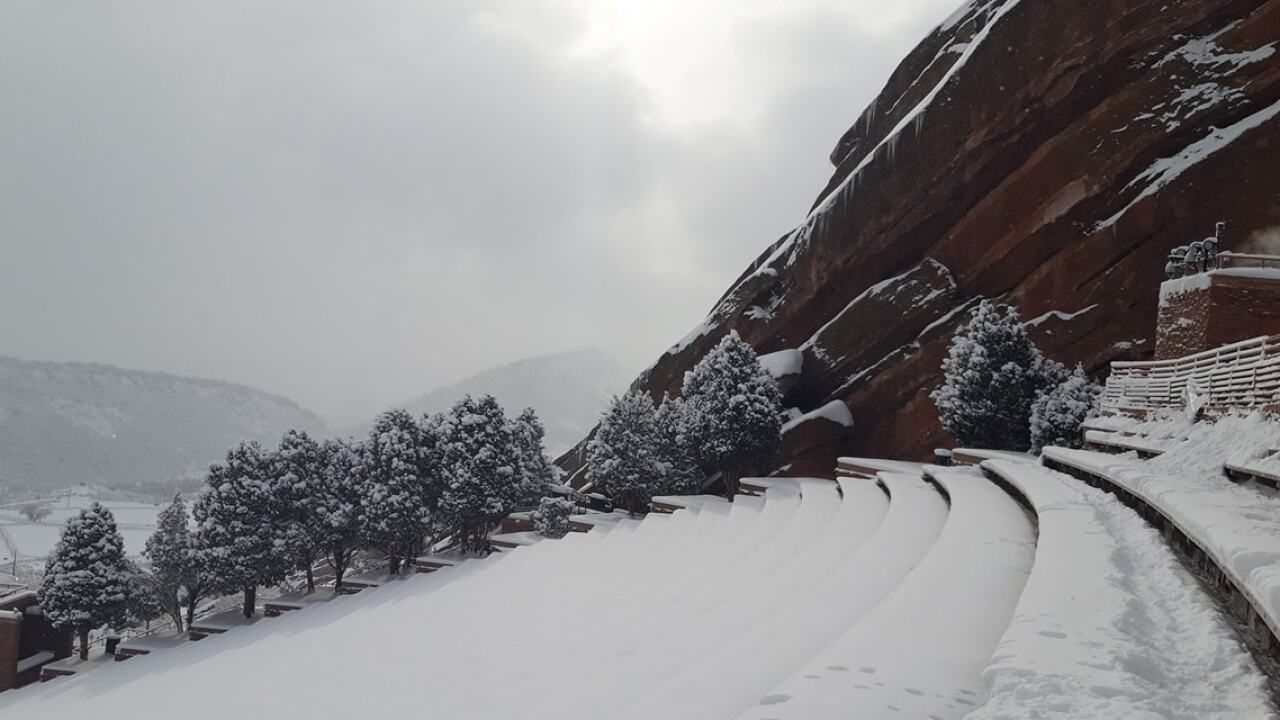 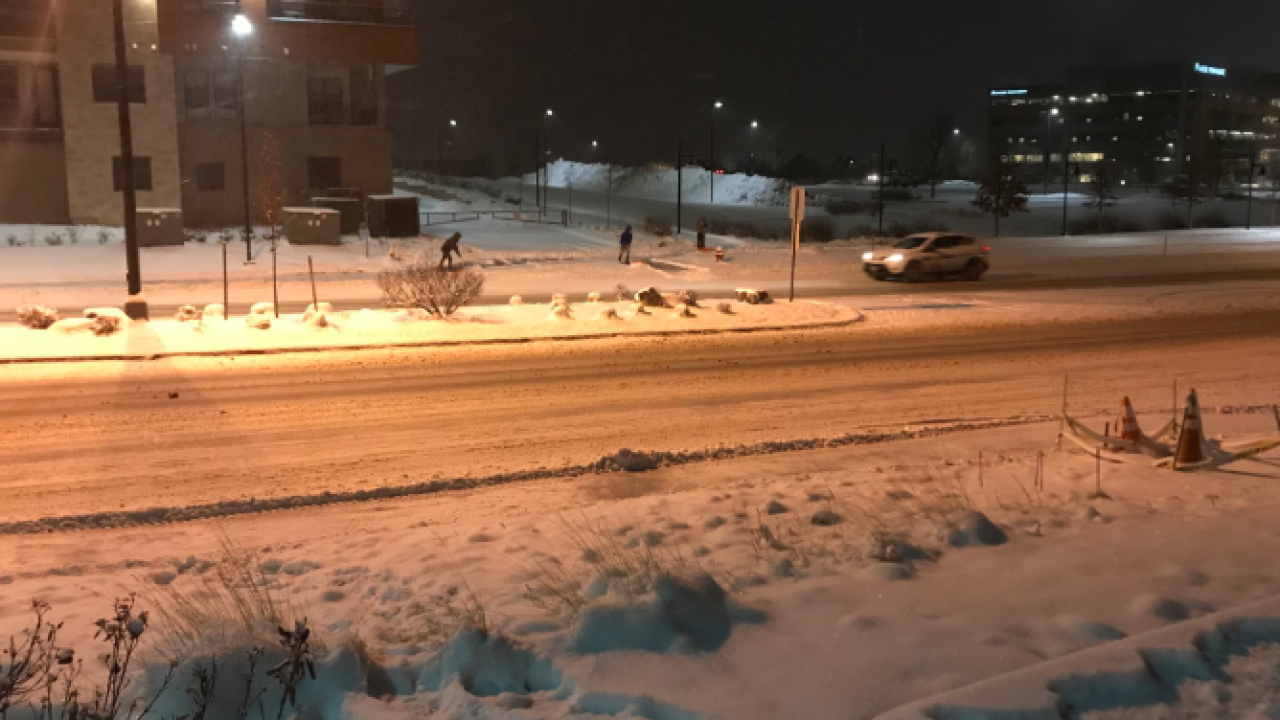 DENVER — If you thought spring had arrived early over the weekend, Monday was a not-so-gentle reminder that we're very much still in the depths of winter. Keep up with the latest updates on the storm here.

8:13 a.m. — A fire department is responding to a car fire on US 6 eastbound at CO 95/Sheridan Boulevard. The right lane is blocked.

7:52 a.m. — The city of Colorado Springs says the crash on I-25 southbound near Rockrimmon has been cleared and all lanes are open.

7:18 a.m. — The city of Colorado Springs says there is a crash on northbound I-25 south of Rockrimmon. The exit lane and possibly tthe right thru lane are blocked.

7:09 a.m. — RTD says some of its bus routes and rail lines are now delayed by 20-30 minutes. Check the latest updates on Next Ride by clicking here.

6:41 a.m. — RTD says the crash that was impacting several of its lines earlier this morning has been cleared. Riders should expect delays up to 20 minutes over the next hour as trains return to their normal schedules. Next Ride is up and working again.

6:34 a.m. — There is a new spin-out crash on westbound Highway 36 after Wadsworth in the express lane.

6:28 a.m. — RTD is reporting that the D Line, F Line, H Line and L Line are experiencing 20-minute delays to a crash. Next Ride, which is used to get the next scheduled departure from your stop, is currently down.

6:21 a.m. — The Denver International Airport says crews are keeping runways and airport roadways clear. Delays are possible this morning, so check your flight status with your airline before you head to the airport.

6:20 a.m. — A crash has been reported in the eastbound 6th Avenue at Federal in the right lanes.

6:03 a.m. — Southbound I-25 has reopened between exit 56/Redrock Road and exit 55/Airport Road after an earlier crash.

5:49 a.m. — The Denver International Airport says they have 12 delays and 15 total cancellations so far today.

5:37 a.m. — CDOT says all lanes of southbound I-25 between exit 56/Redrock Road and exit 55/Airport Road are blocked for a vehicle recovery. There was a crash in this area around 3 a.m.

5:33 a.m. — CDOT said residents in the Denver metro area should delay their morning commute today, if possible. If you must leave for work around the time of the morning commute, double your commute time, CDOT said. CDOT has also advised drivers to delay their commute if they travel through the I-25 South Gap project between Castle Rock and Monument.

3:07 a.m. — CDOT says there is a crash along southbound I-25 between exit 56/Redrock Road and exit 55/Airport Road. The right lane is blocked.