High winds and ground blizzards cause road closures across Colorado 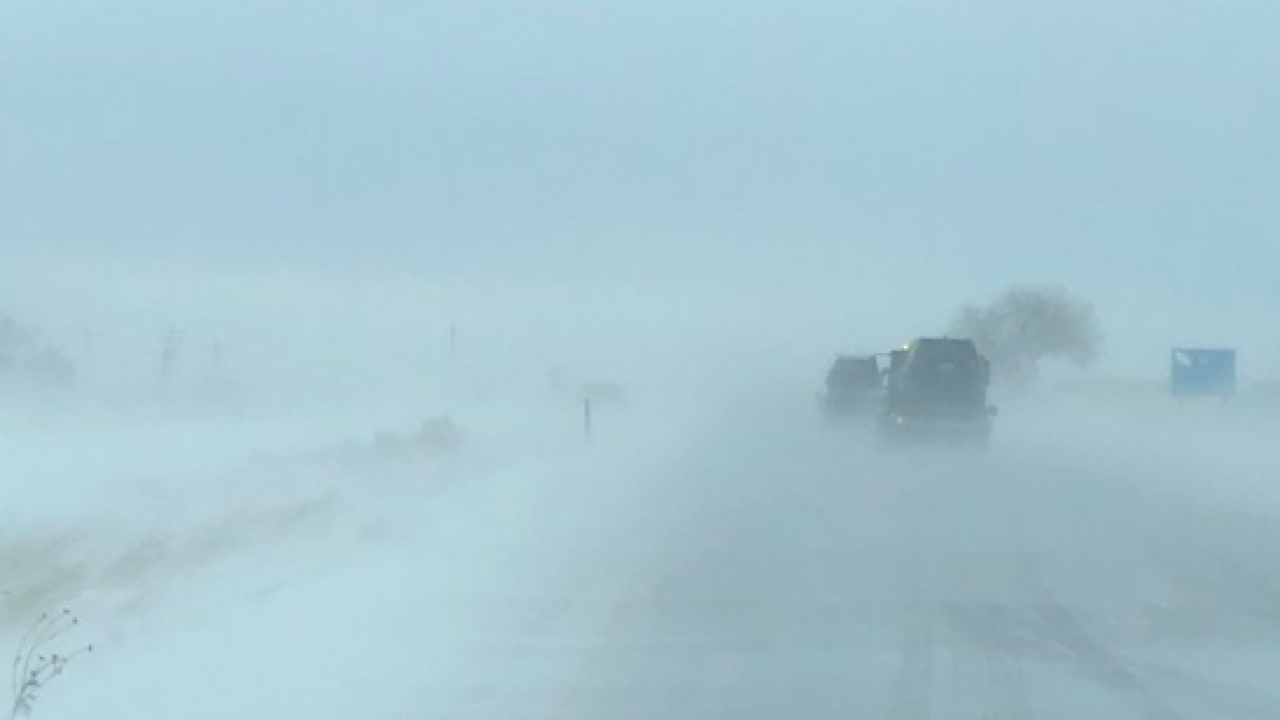 CSP Sterling
High winds on I-76 was causing near-whiteout conditions. 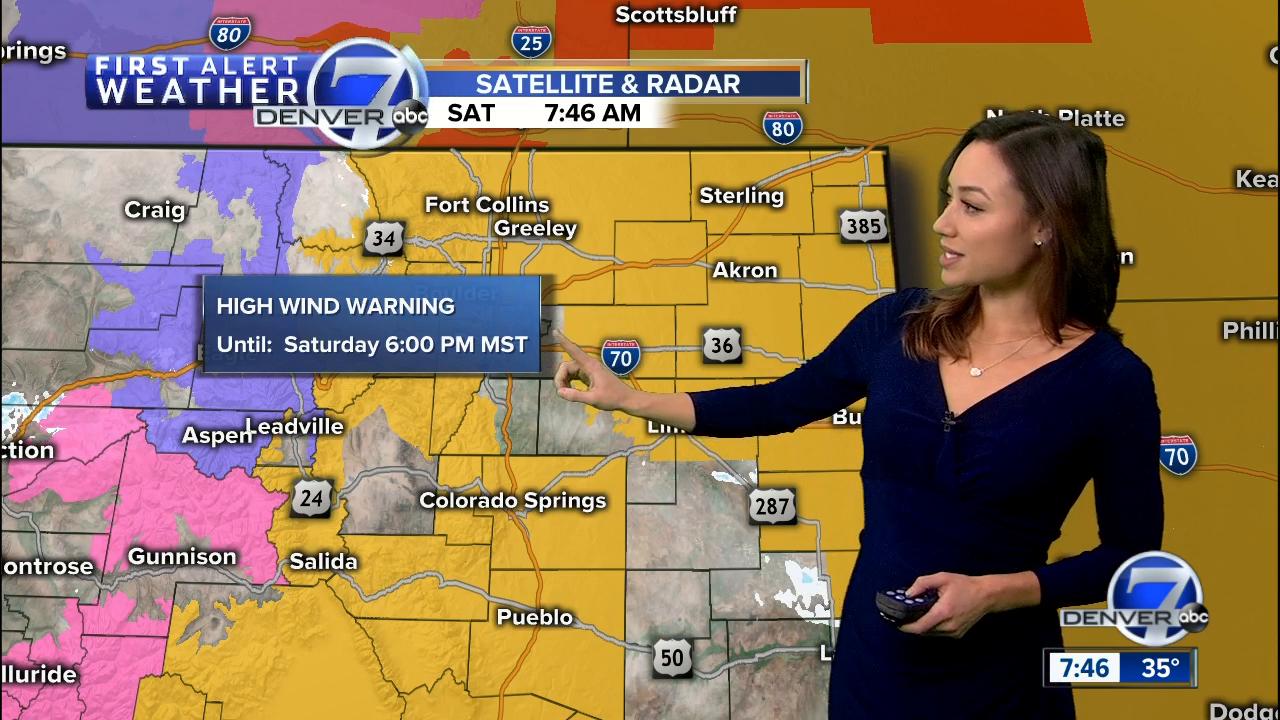 DENVER – Drier and milder conditions were in store for Denver on Saturday, but we're also expecting extremely high winds, with gusts up to 60 mph along the Front Range and up to 90 mph in the mountains.

While not much new snow is expected to fall across the state on Saturday, the windy conditions will blow snow from earlier this week, causing whiteout conditions and making travel difficult.

Below were the latest closures and cancellations we saw across the state on Saturday. Go here for the latest highway closures from the Colorado Department of Transportation's interactive map.

The National Weather Service in Boulder sent out a list of peak wind reports from across the area. Floyd Hill saw the biggest gust at 94 mph. Nederland (86 mph), Loveland (84 mph), Central City (80 mph) and Greenwood Village (78 mph) weren't far behind. The windy conditions are expected to subside as we head into the evening.

Another closure reported on the northeast plains: Colorado 52 between Hudson and Wiggins. Here's a look at the situation from the CSP Sterling office:

Hwy 52 between Hudson and Wiggins is CLOSED. S110 pic.twitter.com/zh9YKEguKS

Multiple crashes have been reported along U.S. 287 near Yellowstone Road, north of Longmont. About 8-9 cars were involved in the crashes, according to the Colorado State Patrol, and the weather was suspected as a cause of the crashes.

One woman was taken to a hospital with chest pains but no other injuries were reported.

The Colorado State Patrol office in Sterling tweeted an update on the I-76 conditions and you can see why the highway was shut down in northeast Colorado. The visibility is nearly a whiteout, as high winds continue to blow snow across the area.

I-76 near Wiggins is near white out. Do not go around the closure gates. Tow truck and emergency personnel are working crashes. pic.twitter.com/YmTdZtyWzX

The high winds were also affecting the ski areas on Saturday. Eldora, near Nederland, shut down for the day because of the extreme conditions and Arapahoe Basin was on a wind hold about 10:45 a.m.

U.S. 34 from Wiggins to Kersey, on the northeast plains, was shut down due to the high winds and blowing snow. There was no estimate for the highway re-opening Saturday.

In the mountains, westbound I-70 at Vail Pass was re-opened following a crash earlier Saturday.

The latest from the National Weather Service in Boulder: Peak wind gusts could reach up to 75-85 mph along the Front Range and in the foothills and up to 65 mph on the northeast plains. "Ground blizzards" are possible, as the high winds will blow snow that accumulated throughout the week. Conditions are expected to improve on Saturday evening.

Interstate 76 between Hudson and Fort Morgan was shut down due to the high winds and multiple crashes. There was no estimate on when the highway would re-open.

Checking in on Denver International Airport, there were 82 delays and 79 cancellations as of 10 a.m. Saturday, though it wasn't clear how many of those were directly caused by the weather.

The highest wind gusts haven't reached the Denver area yet, but we're already seeing road closures in some areas of the state. Interstate 25 was shut down from Wellington in Larimer County to the Colorado-Wyoming border. The Colorado State Patrol office in Larimer County gave an update from I-25 near the border, where blowing snow was causing whiteout conditions.

10 miles south of the Colorado- Wyoming border on I-25 pic.twitter.com/Tl9Scq2DaK

In the mountains, U.S. 285 from Grant to Fairplay was shut down due to the high winds and blowing snow and the closure was expected to last all day Saturday.

U.S. 6 near Loveland Pass and the Eisenhower Tunnel was also shut down, following a fuel spill.

Westbound Interstate 70 was shut down at Vail Pass due to a crash. There was no estimate on when the highway would re-open.