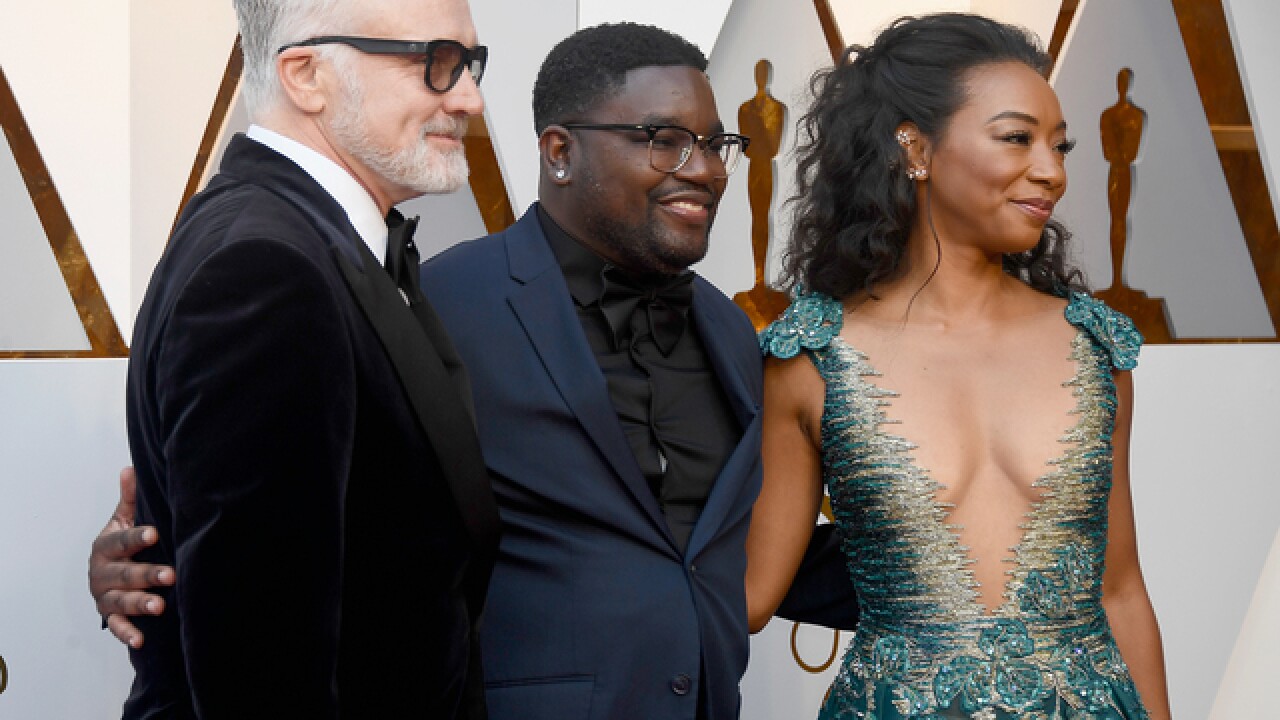 9:33 p.m.: Frances McDormand wins the award for best leading actress for her role in 'Three Billboards Outside Ebbing, Missouri' and asks all her fellow female Oscar nominees to stand.

Frances McDormand asks all the female nominees in every category to stand with her. "Look around, everybody...because we all have stories to tell and projects we need financed." https://t.co/lJd8920ucU #Oscars pic.twitter.com/pOLaWHatZK

9:24 p.m.: Gary Oldman wins the Oscar for best actor in a leading role for "Darkest Hour."

9:14 p.m.: Guillermo del Toro takes home the Oscar for best director for "The Shape of Water."

9:06 p.m.: Time to pay tribute to those in the cinema world we lost last year.

Eddie Vedder performs Tom Petty's "Room at the Top" for the "In Memoriam" segment. #Oscars pic.twitter.com/PxtAK7GAvH

8:50 p.m.: Keala Settle performs the nominated song "This is Me" from "The Greatest Showman."

8:37 p.m.: Jordan Peele wins the Oscar for best original screenplay for "Get Out."

Jordan Peele's face as he leaves the stage after winning the best original screenplay Oscar says it all. #Oscars pic.twitter.com/R10SLw9L7d

8:32 p.m.: James Ivory wins the Oscar for best adapted screenplay for "Call Me By Your Name."

8:27 p.m.: The Oscars are showcasing the #MeToo and #TimesUp movements with a montage and interviews with actors and filmmakers.

THE OSCARS: Ashley Judd, Annabella Sciorra and Salma Hayek praise the #MeToo, #TimesUp movements: "The changes we are witnessing are being driven by the powerful sound of new voices, of different voices, of our voices." #Oscars pic.twitter.com/NxrB1fa7IJ

8:22 p.m.: Common and Andra Day gave a powerful performance of the nominated song "Stand Up for Something" from "Marshall."

8:04 p.m.: Host Jimmy Kimmel rounded up a group of celebrities to surprise moviegoers across the street from the Oscars:

STAY TUNED: A group of celebrities from the #Oscars are headed to surprise an unsuspecting movie theatre audience...https://t.co/lJd891ISOk #Oscars pic.twitter.com/olOx2jrb13

7:57 p.m.: The Oscar for achievement in film editing goes to 'Dunkirk.' That's three statues for 'Dunkirk' so far in the show.

7:30 p.m.: Allison Janney wins the award for best supporting actress for her role in 'I, Tonya.'

7:24 p.m.: The award for best foreign language film goes to 'A Fantastic Woman' of Chile.

Rita Moreno stole the show in the same gown she wore to the Oscars in 1962:

Rita Moreno takes the stage—in the same dress she wore to the ceremony in 1962. https://t.co/zvt9hARNQq #Oscars pic.twitter.com/dzp5AuZOH7

A very colorful, festive performance of "Remember Me" from "Coco"! #Oscars pic.twitter.com/ZUD2s05Jyu

7:10 p.m.: 'The Shape of Water' wins the Oscar for best production design.

6:58 p.m.: The Oscar for best sound editing goes to Richard King and Alex Gibson for 'Dunkirk.'

According to @Twitter, the most tweeted-about celebrities from the red carpet are...

6:19 p.m.: Our first award for the night, actor in a supporting role, goes to Sam Rockwell for his work in "Three Billboards Outside Ebbing, Missouri."

How exciting! Did you expect Sam Rockwell to win best actor in a supporting role for the movie, Three Billboards outside Ebbing, Missouri? #Denver7 #Oscars pic.twitter.com/q3BBMGFaxp

6:14 p.m.: We know the speeches can go long, so Kimmel has some incentive:

.@JimmyKimmel: "This year, when you hear your name called, don't get up right away. Give us a minute." https://t.co/exBwXiE7dz #Oscars pic.twitter.com/LPBfyO32q2