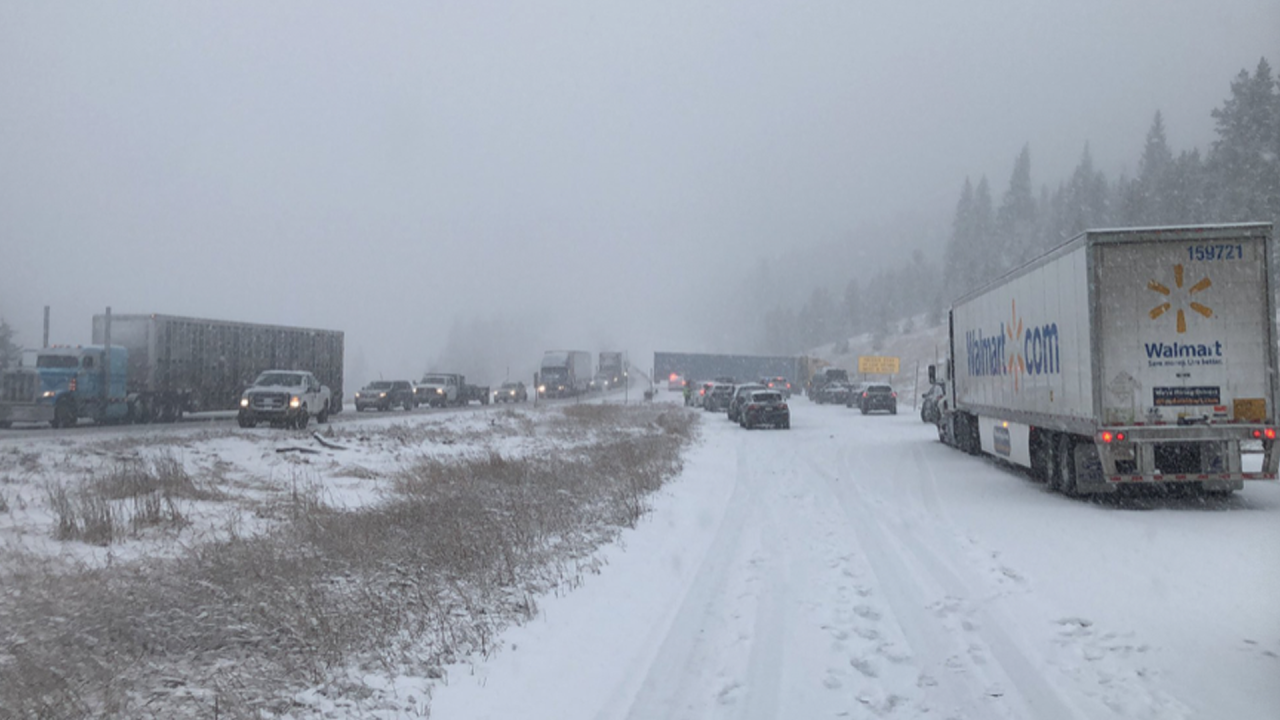 DENVER — Another snowstorm has moved its way into Colorado, dumping up to 5 inches of snowfall on the foothills and Front Range by Friday. The storm is already prompting closures after multiple crashes and spin outs on Interstate 70 in the mountains.

Throughout the afternoon and evening, this story will be updated with both minor and large breaking news events as the snowstorm makes its way through the Denver metro area. Check back as we continue to update this story.

7:53 p.m. | The snow may have let up, but dense fog has developed in the Foothills, especially across Jefferson County, the NWS in Boulder says. Please be careful out on the roads this evening.

Dense Fog has been reported in the foothills, this evening. Especially across Jefferson County. Slow down. #cowx pic.twitter.com/W93HqEuRa6

6:20 p.m. | A woman was taken to St. Anthony Hospital following a crash with a snowplow in Jefferson County, a spokesperson for the Colorado State Patrol says. Her condition is not known at this time. It's unclear what led to the crash.

5:40 p.m. | Snow is decreasing in the foothills, but roads remains icy. Thursday will be a cloudy and chilly day.

Snow decreasing in the foothills, but roads are icy, snowy and slick. Be careful and slow down! #cowx pic.twitter.com/iOB7G4VpPu

5:13 p.m. | Denver International Airport said snow is possible overnight, but crews are prepared to keep the facility going. They advise passengers to check with their airline to confirm their flight status.

❄️ ❄️ is possible at the airport overnight. Though we don't expect much accumulation, our crews are prepared. You can be too! If you're flying tonight or tomorrow, check with your airline to confirm your flight status and give yourself plenty of time to get to the airport #cowx pic.twitter.com/O1bU1syoNK

4:49 p.m. | The City of Boulder announced it is on accident alert, meaning police are unable to respond to the large volume of motor vehicle crashes.

The city of Boulder is on accident alert. While onscene:
1) Exchange info with other driver
2) Each driver file online report here:https://t.co/aMD84ON2s3… pic.twitter.com/s0slHjmGQ7

3:00 p.m. | Both directions of I-70 over Vail Pass is closed due to crashes, the Colorado State Patrol tweeted.