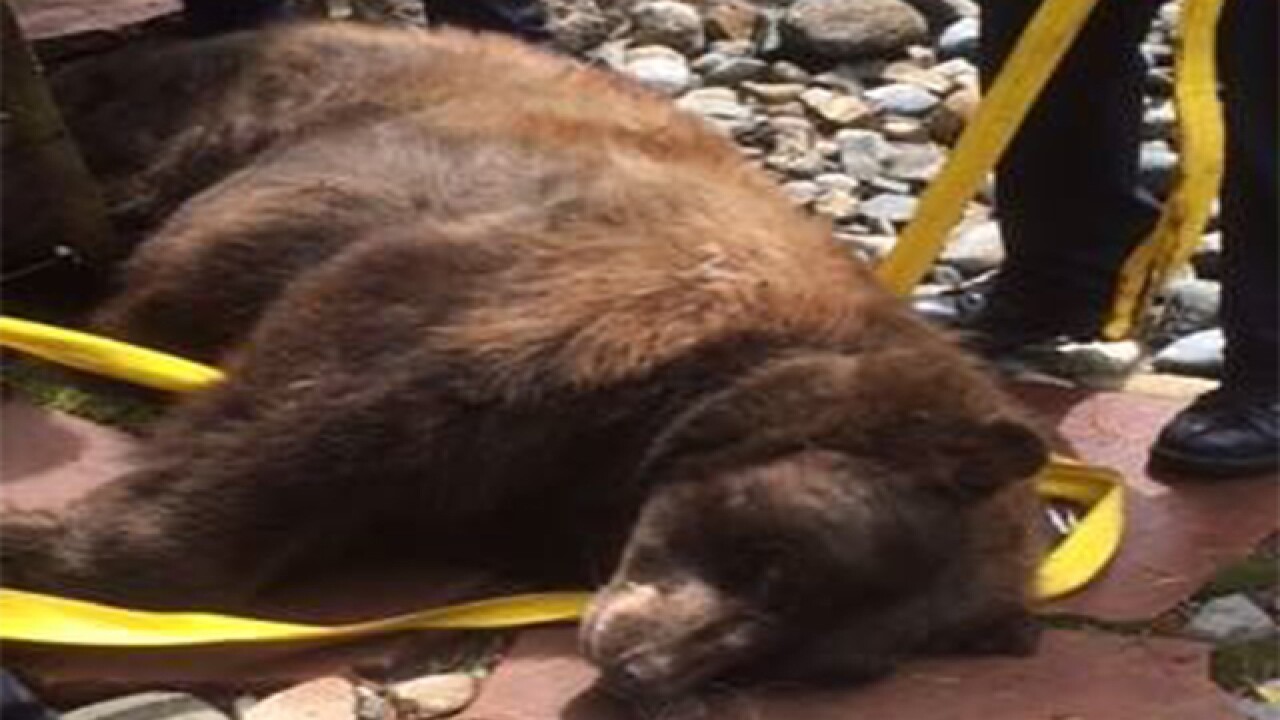 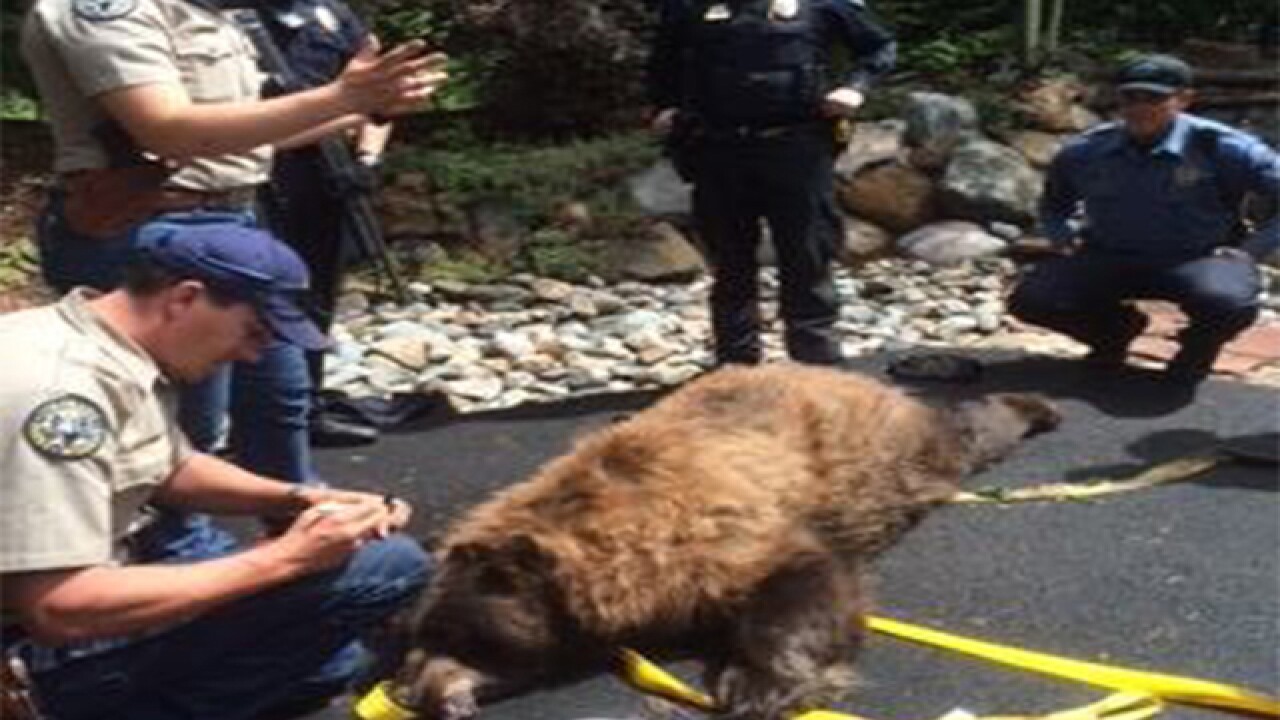 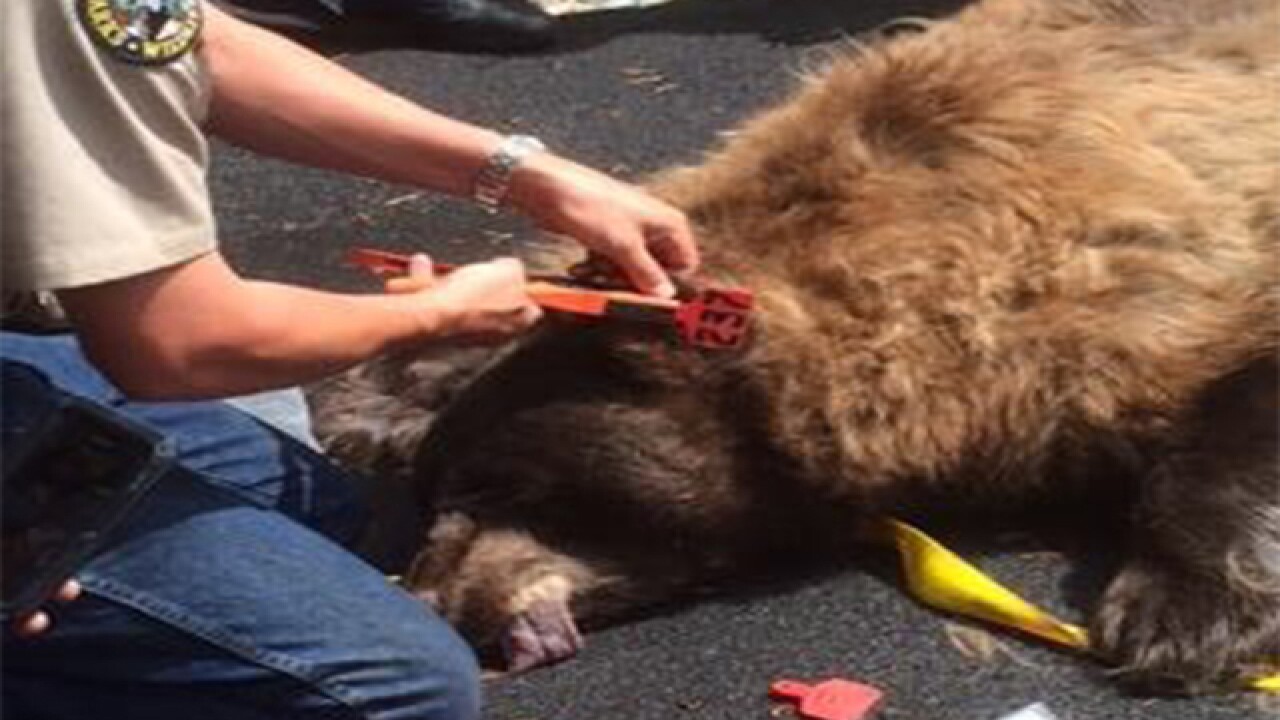 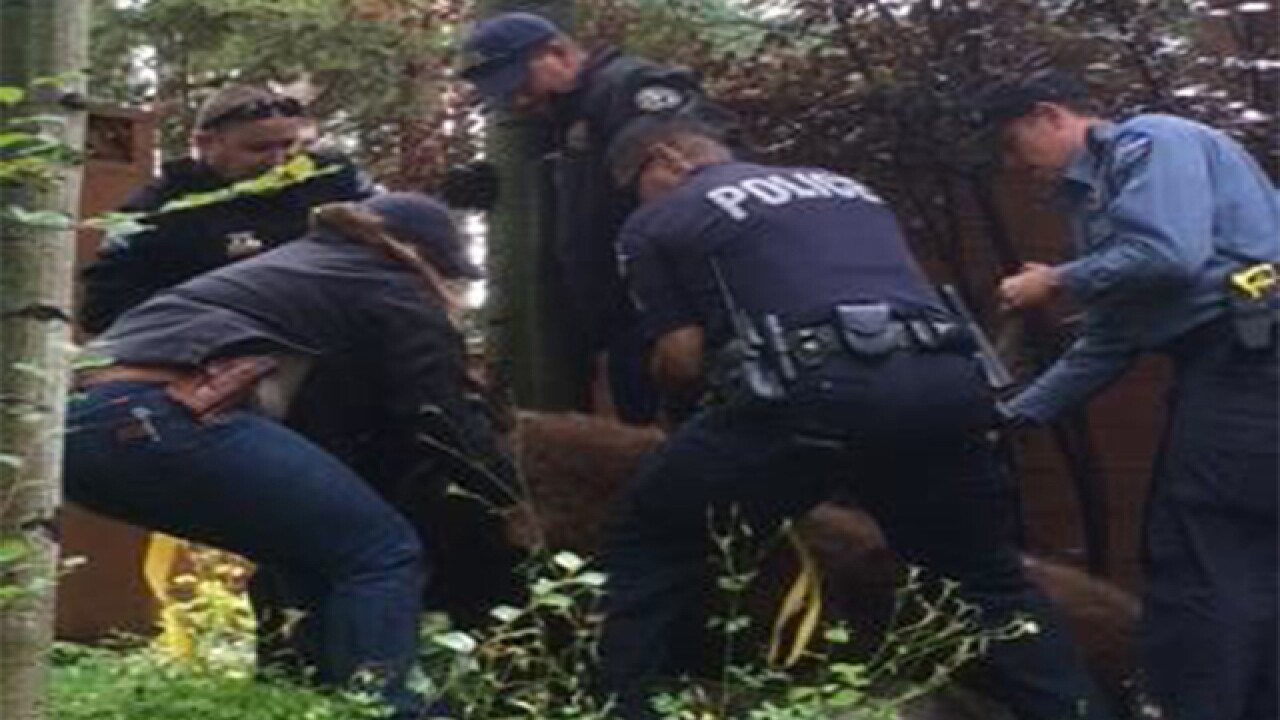 BRECKENRIDGE, Colo. -- A linebacker-sized beast that would scare the likes of Von Miller made a new home underneath a Breckenridge homeowner's deck, leading to conservation action on Wednesday.

Authorities with both Colorado Parks and Wildlife and the Breckenridge Police Department worked to tranquilize the bear, identified as a 10-year-old, 300-pound cinnamon black bear.

After tranquilizing the bear, a crew of people moved the bear to the custody of Colorado Parks and Wildlife. There, officials will monitor and learn more about the bear's health.

Authorities say after the bear's health is guaranteed not to fail, they'll release it back into the wild in a relocated area.