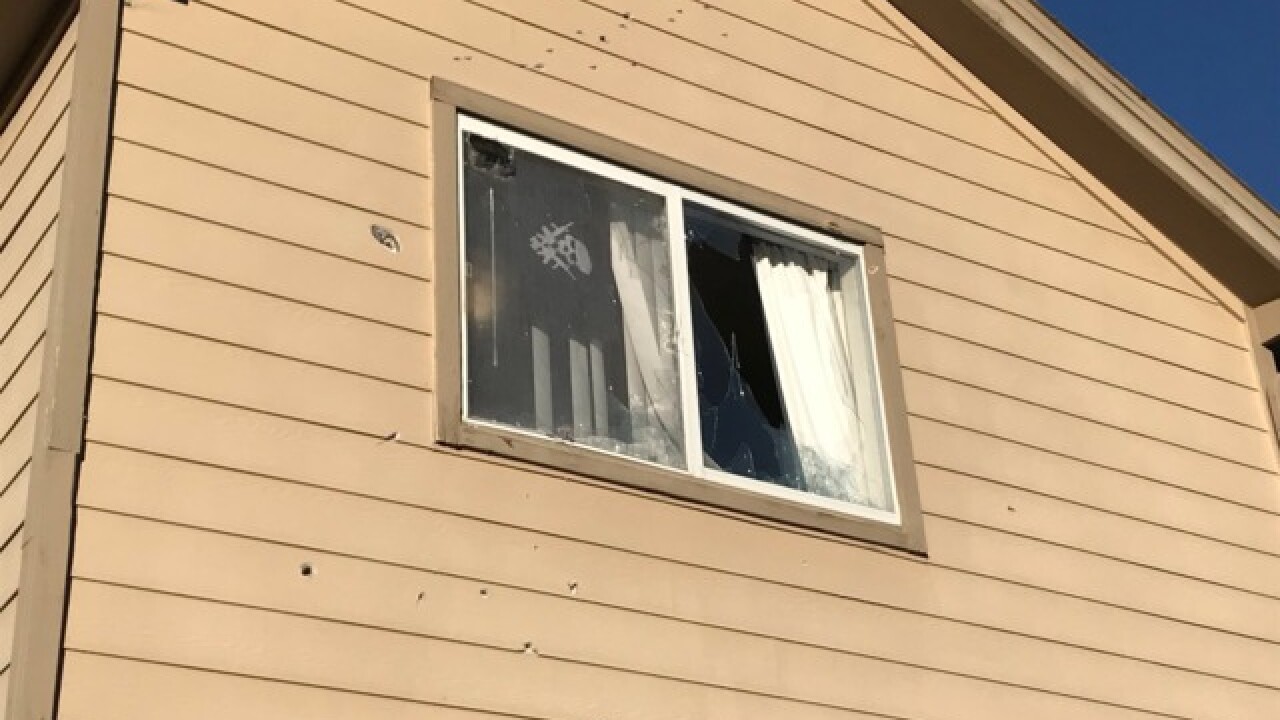 Copyright 2018 Scripps Media, Inc. All rights reserved. This material may not be published, broadcast, rewritten, or redistributed.
<p>Bullet holes riddle the apartment where a Douglas County deputy was killed and six others were injured. </p>

HIGHLANDS RANCH, Colo. -- Life is slowly beginning to return back to normal for people living at the Copper Canyon apartment complex just a few days after a shootout between a suspect and Douglas County sheriff’s deputies.

Outside the apartment where a suspect barricaded himself inside his bedroom, bullet holes riddle the walls outside. There’s also a number of broken windows, both on the suspect’s apartment and across the way on a neighbor’s home.

One police cruiser remained on the scene, watching over the area where a brother in blue died.

All but a handful of residents were allowed to return to their apartments. People who lived in or near the apartment where the deadly confrontation happened were offered free hotel accommodations for a time.

One woman who didn’t want to be identified but who lived in the same building as the suspect said the water was cut off in her apartment for a time. She chose to remain in her apartment after the shooting with her daughter and her dog.

However, she said both the police and the apartment complex did a good job in keeping her informed. She does not plan on moving after the shooting.

“It’s a great complex and this could have happened anywhere. You see these things all the time on the news but you never know what’s going to happen,” she said.

The neighbor said she slept through much of the chaos. When she finally woke up, she couldn’t make out what the noises were.

“It was extremely loud. It sounded like a lot of tearing and ripping kind of thing. I thought it was a snow plow,” she said.

Meanwhile, Nareshchandra Sammeda was woken up by a phone call from a friend who lived nearby saying there were police cars outside his apartment and loud noises coming from nearby.

Sammeda took his pregnant wife and their 18-month-old son and hid until police gave the all clear.

“I took my kid and my wife and we went back to the bathroom where we stayed until the end of the scene,” Sammeda said.

He also heard the gunshots but didn’t know what to make of them.

But he too said he isn’t planning on moving. Both neighbors are just trying to return to normal and thanking those who protect and serve them.

“It’s a tragedy that this happened anywhere and our sympathies go out to the police department and the sheriff’s department,” the neighbor said.

“We are sorry for his soul and we are grateful for his work I wanted to say thanks to all the officers they were here,” Sammeda said.