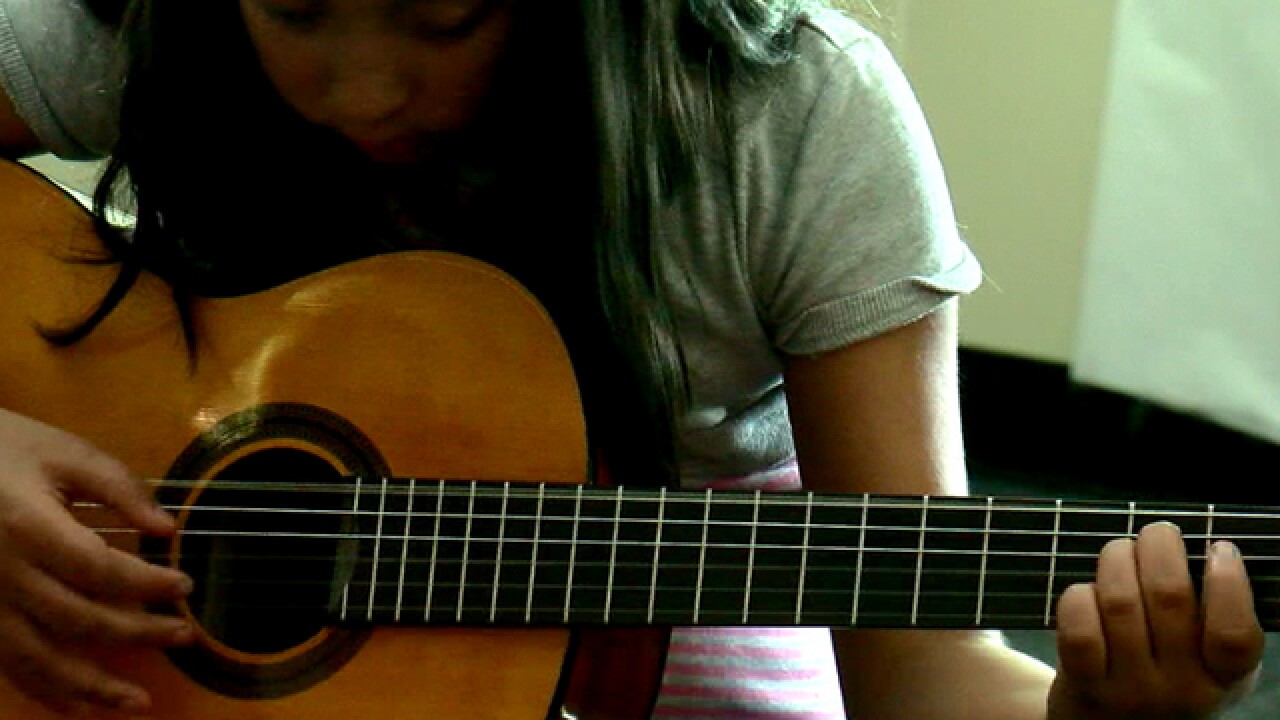 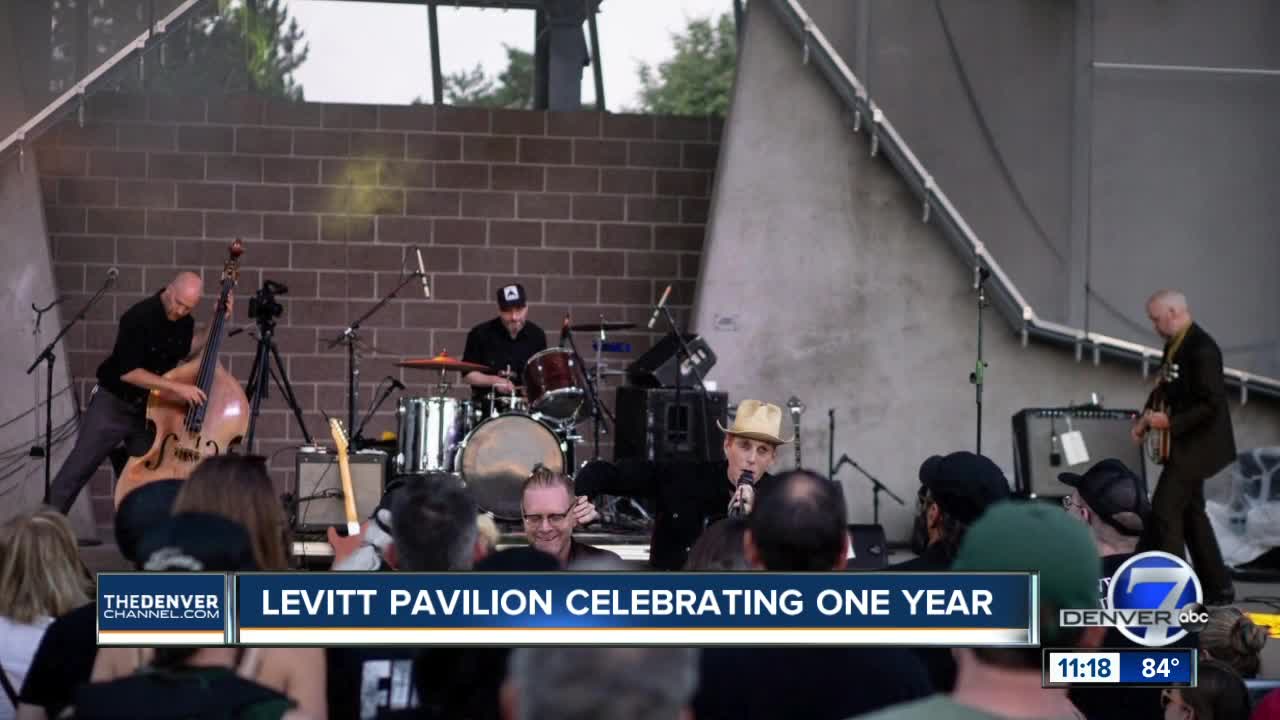 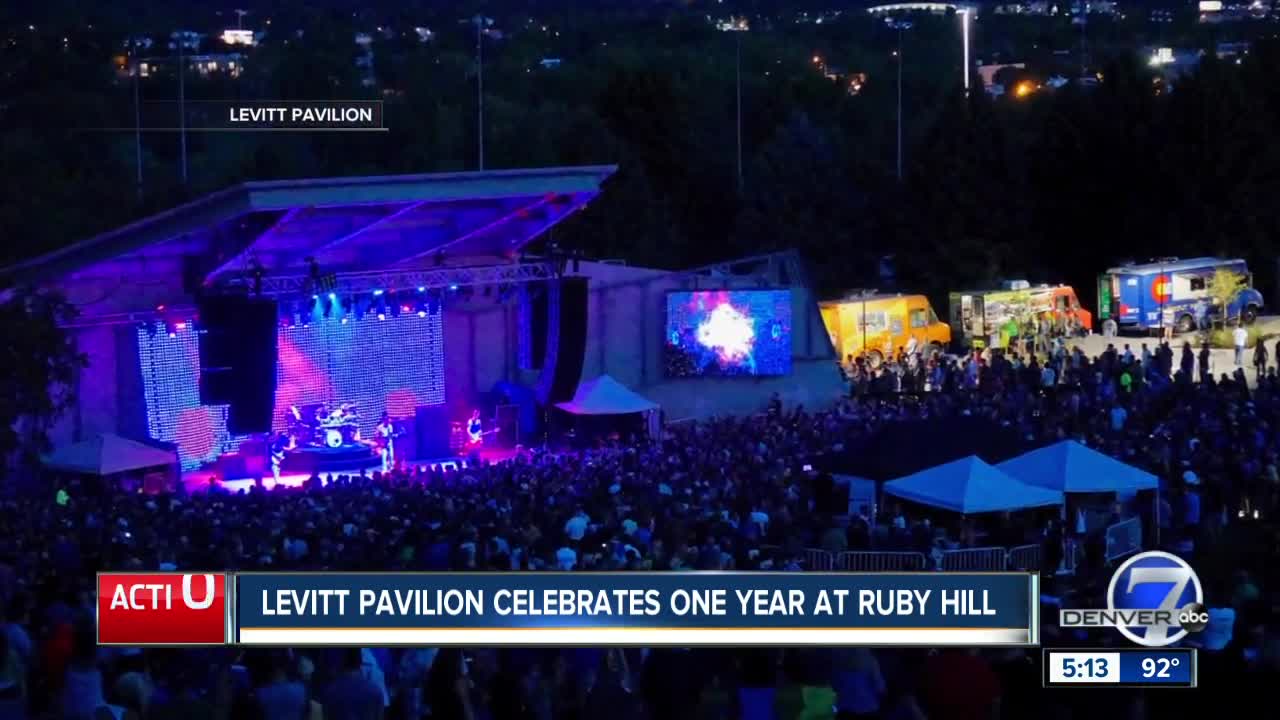 DENVER – A year ago, the Levitt Pavilion opened in Denver’s Ruby Hill Park, giving the community free access to 50 concerts a year from a wide array of musical genres.

But just as important as that, the Pavilion is helping to bring music into the lives of people in the surrounding neighborhoods through programs like Band Start. Band Start provides free music lessons to kids in the Ruby Hill/Godsman area through a partnership with Swallow Hill Music and Great Divide Brewing Company.

This summer, seven girls are taking part in the program, attending weekly guitar classes at Schmitt Elementary in hopes of someday being Rock Stars.

“I have two guitars at home,” Brianna Norris said. “I have an acoustic and an electric and I just really wanted to learn how to play.”

The girls are learning the craft from Tyler Breuer, a musician who grew up in the neighborhood and knows a thing or two about the hard work it will take reach those rock star goals.

“I remind these girls not to get frustrated and to have fun with it,” Breuer said.

“He’s awesome,” Norris added. “He’s very encouraging. Like even if we mess up he’s like, ‘You can try again,’ and then once we get it he’s like, ‘Yeah, you’ve got this.’”

The girls will end their summer with a performance at the Pavilion’s one-year anniversary concert on Friday, July 20.

“We need to practice a lot to get there,” added Paloma Chavez.

The girls will also get to keep the guitars Guitar Center provided them at the beginning of the summer.  Breuer says there is nothing more empowering for a child than to be given an instrument.