Leaving for work leaves your property at risk 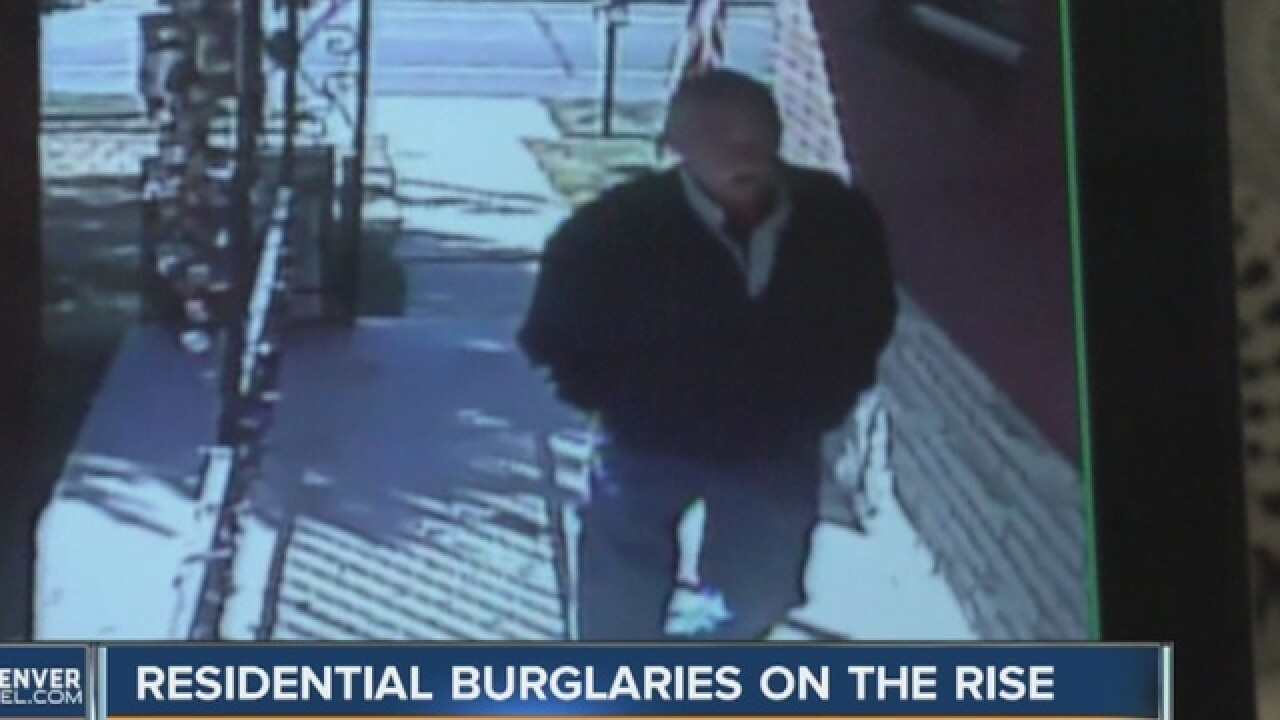 According to statistics from 2015, residential burglaries have become an epidemic in the Denver metro area.

In Denver, Douglas, Jefferson, Adams and Arapahoe counties, homes are being broken into at a rate of one every other day.

According to the Jefferson County Sheriff’s Office, open garage doors account for 70 percent of residential burglaries.

“Most burglaries happen during the day. Why? Nobody’s home. We’re all at work and we’ve got our homes kind of unchecked if you will,” said Gordon Neuenfeldt, who’s the crime prevention task force at the Jefferson County Sheriff’s Office.  “Keeping that stuff closed and not letting them see what’s inside there because what’s inside your garage is also indicative of what’s inside your home.”

James Turner knows first-hand the feeling of being broken into and burglarized.  His Jefferson County home was broken into while he and his wife were at work.

“It’s definitely upsetting, we want to make sure this guy is caught, I mean, he spent about 20 minutes going through every door in the house, I mean he went through stuff in the basement and all three bedrooms,” said Turner.

The burglar who hit Turner’s home got away with thousands of dollars in belongings.  Turner says his focus is now on using the home surveillance video of the suspect to help catch him.

The Jefferson County Sheriff’s Office says those living in a house aren’t the only ones who are at risk during the daytime hours.

Burglars are breaking into one garage, closing the door behind them and then punching their way through the thin drywall separating walls to access the other garage units Neuenfeldt said.

The whole crime happens behind closed doors and can be difficult to prevent.

However, to keep your belongings safe, Neuenfeldt says it’s very important to simply keep your garage shut if you aren’t in eyesight.

Authorities urge those within apartment complexes or neighborhoods to look out for one another and report any suspicious activity right away.