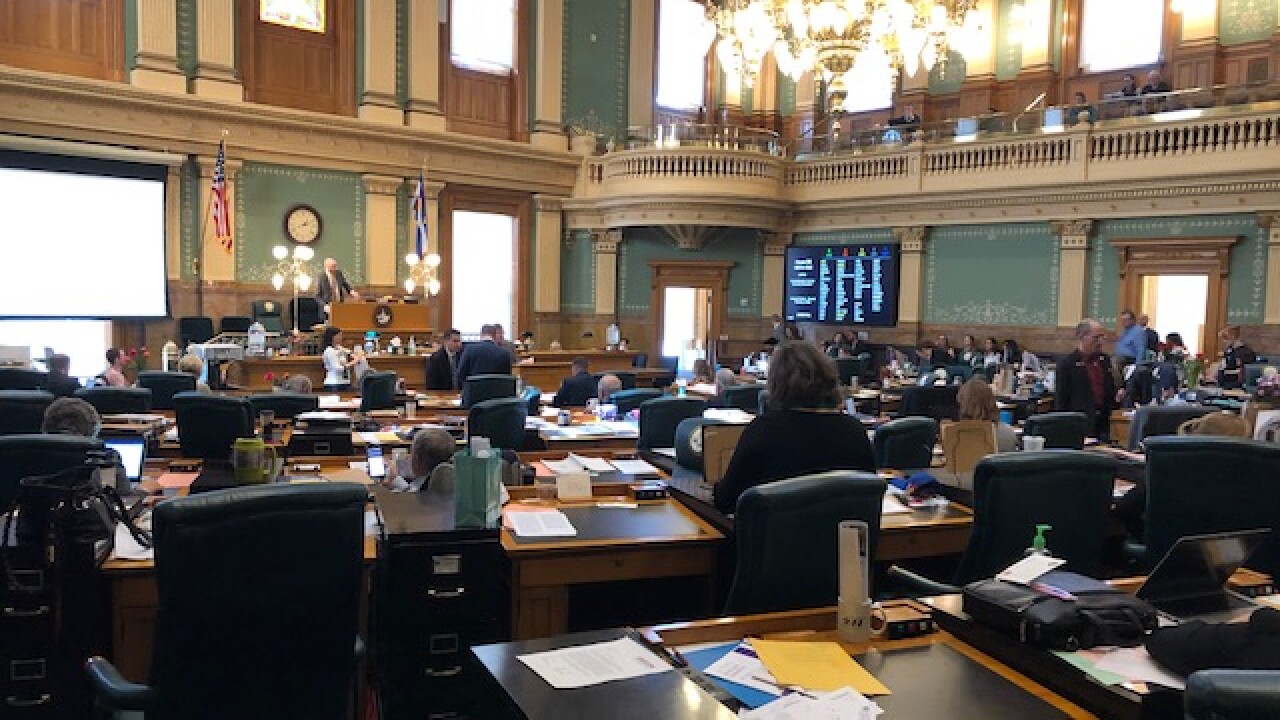 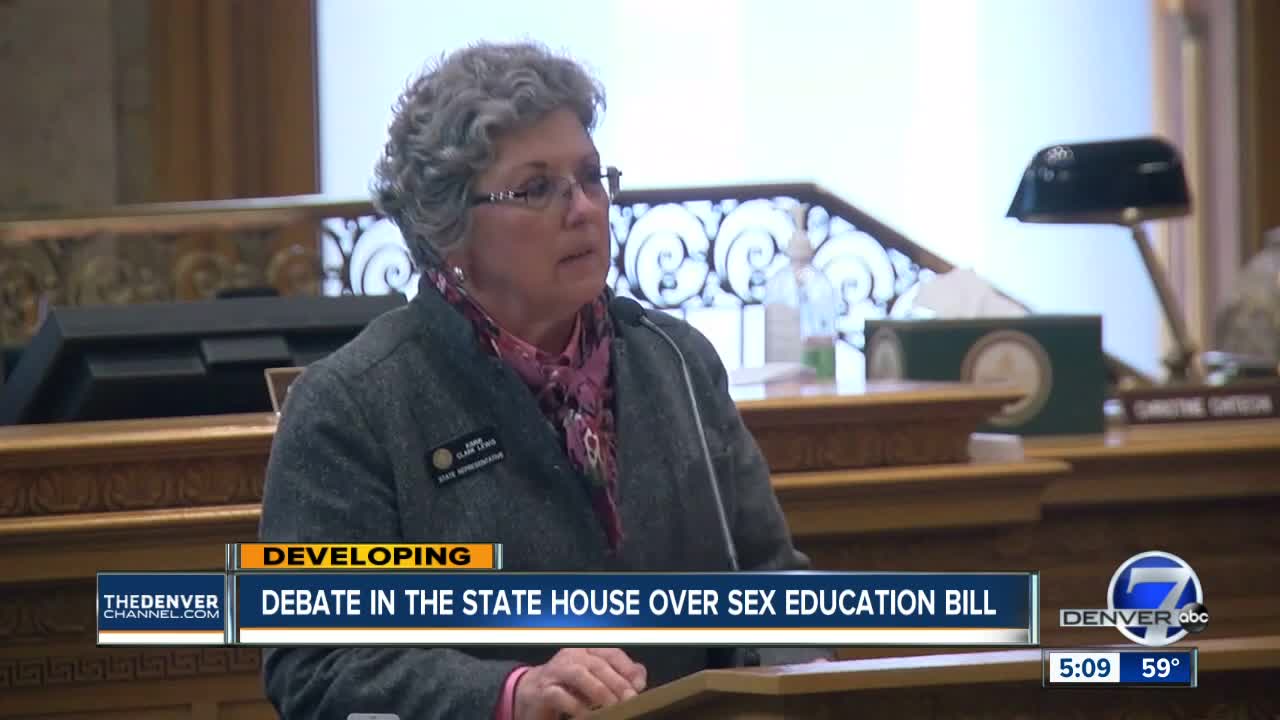 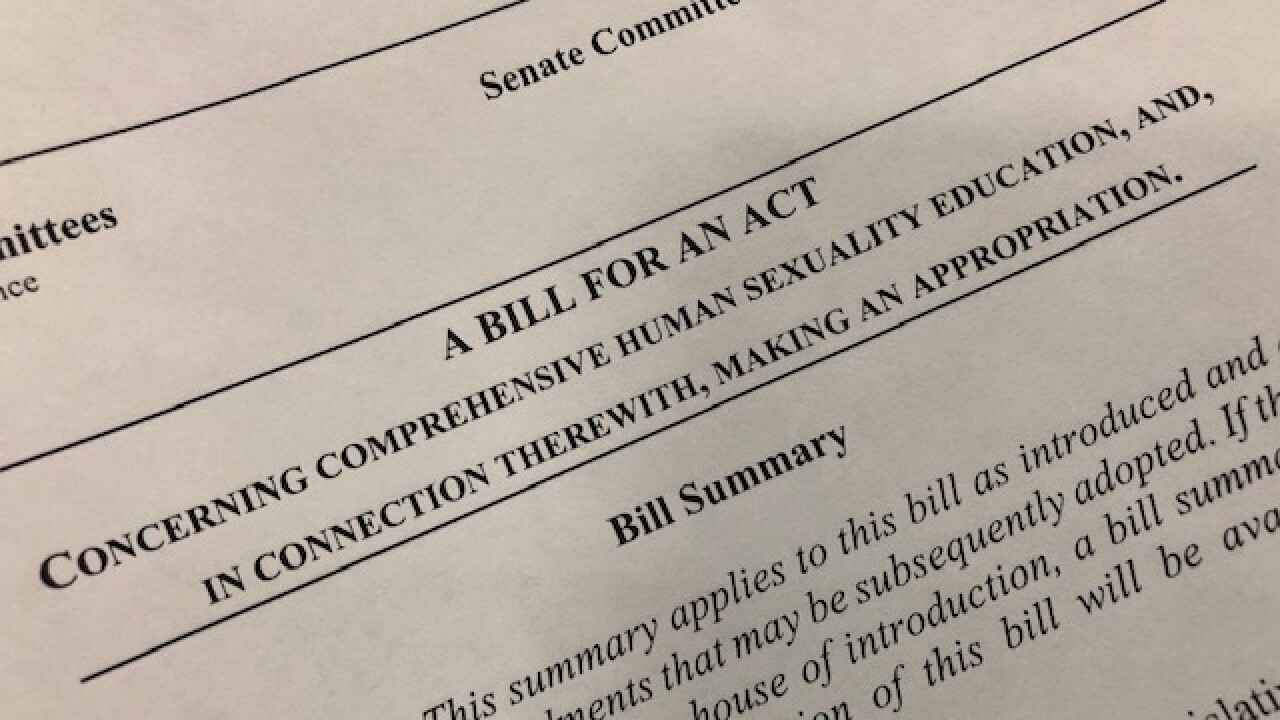 DENVER -- The issue of sex education is generating more email for lawmakers than gun control.

It's such a touchy subject for some lawmakers that some suggested that it be sent to voters.

The bill's House sponsor, Rep. Susan Lontine, D-Denver, said there was no mandate.

"That means that a school district is not required to teach sex education, as was earlier stated," she said. "But if it does, it must be comprehensive, and while we're on the subject, parents can opt out."

But opponents said the proposed bill pushes an agenda and takes away local control.

"Constitutionally, we need to get this out," said Rep. Stephen Humphrey, R-Weld County. "We don't need to be dragged into court on this."

The break down is mainly along party lines. Democrats generally support the bill; Republicans generally oppose it.

Each party is focusing on different tangents.

Democrat Matt Gray, D-Boulder County, talking about the growing problem of sexual assault, said it's not the victim's duty to fix the problem, it's the duty of the person not to do it.

"If there is a community that says we don't want to do that, we don't want to take the time to teach young men that it's not OK, non-consensual sexual contact, I'm saying, 'that's not right,'" Gray said.

She and several other lawmakers expressed concern that it will lead to indoctrination but doesn't go into detail about abortion.

"If this bill passes, and if I still had 6 children that go to public school, I'd jerk everyone of them out," Lewis said.

After nearly 9 hours of debate, House members voted 35 to 20 to approve the bill on 2nd Reading.

There will be one more reading in the House before the bill is passed on to the Senate.