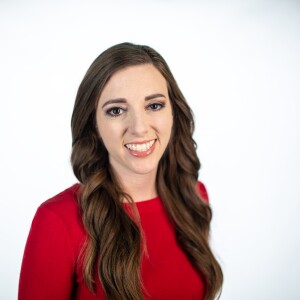 In the Harmony Village just off of I-25 in Fort Collins, there is a beautiful, brightly blue mobile that Samantha Stegner’s family calls home.

FORT COLLINS — In the Harmony Village just off of I-25 in Fort Collins, there is a beautiful, brightly blue mobile that Samantha Stegner’s family calls home.

The home backs up to a park and is adorned with a food pantry on one side and a patio and garden on the other. She’s even thinking about swapping out the roof for a metal one. It’s her family’s slice of the American Dream.

“I would not be able to be a stay-at-home mom and do things like this if we had to live in another place,” Stegner said.

Stegner is a mother of three: Two teenagers and a six-year-old who’s getting ready to enter the first grade.

In Colorado and across the country, mobile home parks are the largest form of unsubsidized affordable housing.

“Some people choose to be here because of retirement. A lot of older people will come in here because it's affordable,” Stegner said.

Increasingly, though, these parks are becoming unaffordable for residents. Rents keep going up, costly rules and regulations are being added on to the properties and amenities are being cut.

Along with paying for the home mortgage, utilities and other expenses just like any other homeowner, Stegner also has to pay rent since she doesn’t own the land her house sits on.

“How is $1,000 a month affordable for rent before a house payment when it's supposed to be affordable and you're trying to raise a family?” she asked.

Her location is also considered a premium lot since it backs up to a park, so there are additional expenses. The park also requires her to pay a fee per pet in her home despite the fact that she owns the trailer. Coding also complicates matters.

“We don't even know for sure whose yard is whose because that can change with the management. I can't get certain support from the city, some parks in Fort Collins can't get help from the city because there's zoned county,” Stegner said.

Despite the name’s implications, moving a mobile home is exceedingly difficult and can be pricey.

Homes made before 1974 legally cannot be moved. Others had additions or car ports connected to the trailer that make moving a chore. It can also cost thousands or even tens of thousands of dollars to transport. All of this means price-fixed residents cannot simply get up and move when rent gets too expensive.

“About 66% or 90,000 of our 130,000 mobile home park lots in the state of Colorado are now owned by out-of-state corporate investors,” said Rep. Andrew Boesenecker, a Democrat who represents Larimer County.

Stegner’s park has been waiting for the corporate investor that owns it to replace the playground equipment for five years.

Over the past few legislative sessions, Colorado lawmakers have been working on ways to give more rights to mobile home tenants.

In 2019, they passed a law to add more oversight to these parks and granted counties the power to enact ordinances to regulate them. The law also extended the time a tenant was given to sell or move a home after an eviction proceeding.

In 2020, legislators passed the Mobile Home Act Updates law to clarify some provisions around aspects of the law like dispute resolutions, adjusting conditions under which tenancy can be terminated, requiring management to provide documentation to tenants about water usage and billing and prohibiting retaliatory actions among other things.

Another law that year gave homeowners in mobile home parks the opportunity to come together and purchase the park for themselves when it goes up for sale.

Then this year, lawmakers passed more laws dealing with these parks. One established a revolving loan fund to be able to help residents purchase the parks using federal pandemic funds.

“What we want to do is empower residents to have the tools to be able to take ownership of their communities, and really stop this mass selling of parks at really incredibly high prices,” Boesenecker said.

It makes it so that if the residents take ownership of the park, they won’t experience as much of an increased debt load as a result. The money will be awarded through the Department of Local Affairs in the form of grants and loans and can help with some of the upfront organizing to help residents put in an offer.

A second new law also expanded the purchase window from 90 days to 120 days and gave first right of refusal to local governments and housing authorities. It also expanded the protections for tenants form the threats of eviction and protected them from costly rules and regulations being added.

“I think what we've realized pretty quickly is just how imbalanced the power structure is, where residents are really placed in a precarious situation. The phrase is often used that mobile home park residents own half the American Dream, they own their home, but not the land that that home sits on,” said Boesenecker.

Despite all of the work, Boesenecker says there’s still more work to be done. He wants to see more legislation on either a state or local level around zoning and affordability.

The city of Denver is currently considering its own zoning codes around these mobile homes because its code currently does not allow old mobile homes to be replaced with new ones.

Under the current code, a replacement would be considered an expansion, which is not allowed. In order to change that code through, the city council would also have to consider its rules around spacing between mobile homes since the newer models tend to be wider.

City council is also considering placing a moratorium on these parks until it can update its ordinances similar to moves made by Fort Collins and Aurora.

Stegner says she supports the changes that have happened on a state and local level, but they only go so far.

“They have this really great mobile home park act that went in in 2020, but from what I'm finding it's almost like this mobile home park law sits at our house level. So, you're completely protected by this law in your house. But once you step foot onto the ground or outside, they're not existent,” she said.

She wants to see more of an enforcement piece added to the laws so that cities, counties or even the state can hold the owners of these parks accountable.

She also wants to see rent stabilization in these parks. Lawmakers had added caps to rent increases to this year’s set of legislation but stripped the language before passing it after Governor Jared Polis threatened to veto the bill.

Still, Boesenecker says lawmakers are determined to keep these homes affordable and will continue to look for ways to keep rent from going too high.

“Once you lose affordable housing, you couldn't afford to get it back, even if you could find the land to put it on,” he said.